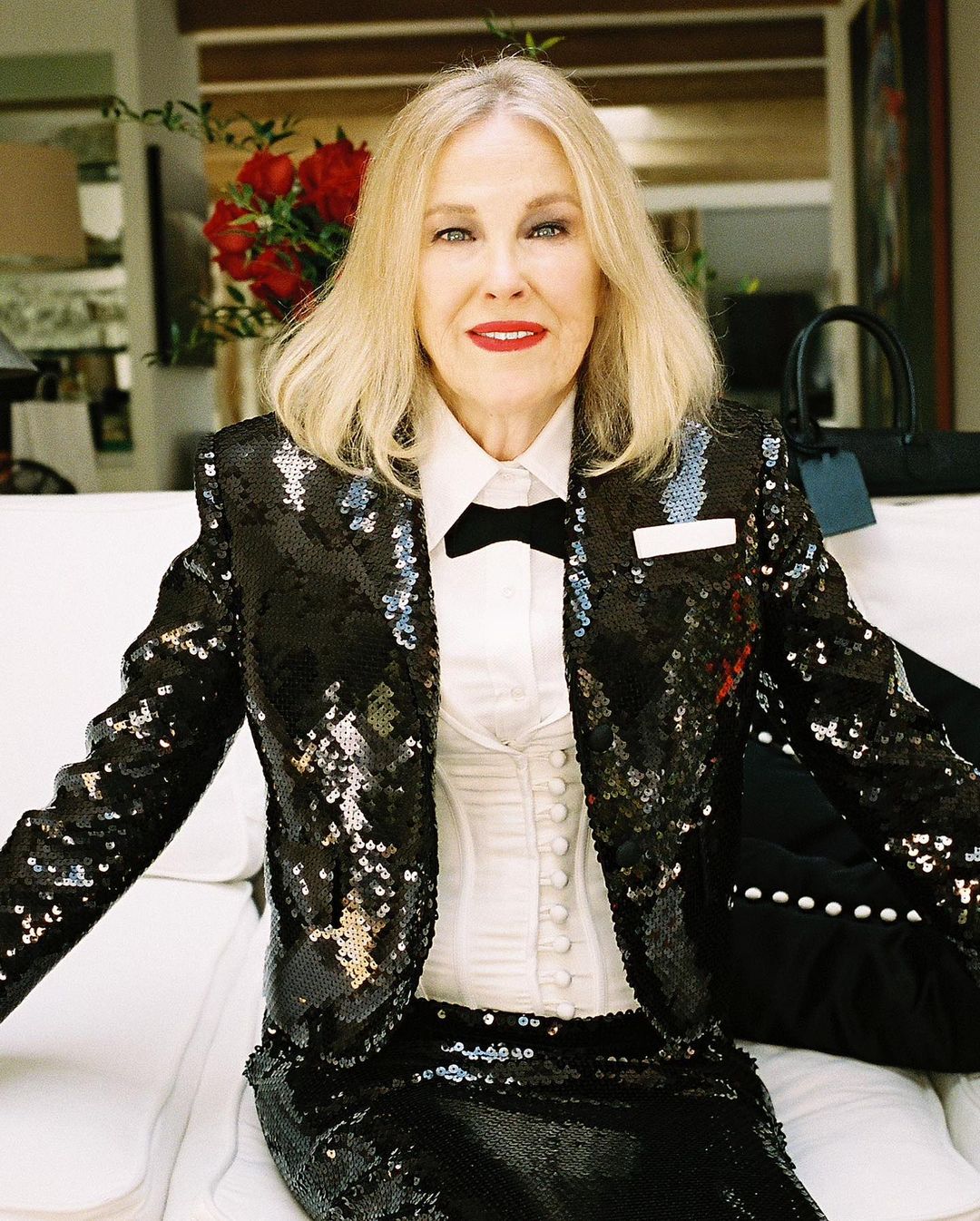 With her 2021 SAG Awards win, O’Hara becomes only the fourth person in history to win all five major TV acting awards in a single season.

Another awards show has come and gone and the cast of Schitt’s Creek has once again found themselves on the winning side of things. This time, the gang took their winning streak to the 2021 SAG Awards.

The beloved Canadian sitcom picked up the top prize for best comedy ensemble at yesterday’s pre-recorded Zoom ceremony. But it was a big night, in particular, for Catherine O’Hara, who won best female actor in a comedy series for her turn as Moira Rose in the show’s final season (beating out, among others, her co-star Annie Murphy). And, if nothing else, the Canadian icon’s win cemented a certain truth: She’s been totally winning awards season. Here’s how.

With her latest win, O’Hara joins a very exclusive club. She’s now only the fourth person in history to win all five major TV acting awards in a single season. The SAG completed her the record awards run, but, of course, she had already won the Emmy, Critics Choice Award and Golden Globe earlier this year for her work on Schitt’s Creek final season. O’Hara’s path to the impressive sweep started last year when she won the Television Critics Association Award for Individual Achievement in Comedy — which, we should note, isn’t divided into gendered categories like most major awards ceremonies.

And more wins may be in the cards for the Toronto-born actor. O’Hara picked up yet another nod last week when the Canadian Screen Awards nominees were announced.

It was just the latest in a long line of great O’Hara looks. At the most recent Golden Globes, she sported a custom Vera Wang suit in a Moira Rose-esque print — a tribute to her character — while she went full glam for last year’s Emmys in a black strapless Valentino dress worn over a sequinned turtleneck, which she gave a little edge by pairing with combat boots.

And, naturally, O’Hara’s Schitt’s Creek co-stars also dressed to impress last night. The Levy family was able to be together for the pre-recorded show, with Eugene wearing a dapper Prada suit and Sarah (who played Twyla) in a pretty blush Monique Lhuillier gown. And Dan Levy came with not one but two covetable looks. He started the evening in a chic custom cream suit by The Row and Cartier jewels (including a stunning brooch) before changing into a burgundy Dries Van Noten outfit.

Of course, we’d be remiss to neglect O’Hara’s trail of heartfelt speeches she’s given while accepting each award. We’ll never forget the sweet shoutout she gave to her hair and makeup and styling teams on Schitt’s Creek at the Emmys using vocabulary only Moira Rose could pull off, and while her Golden Globes bit (aided by her husband) was impeded by some technical difficulties, it was still LOL-inducing.

But there’s one moment from O’Hara’s SAGs speech, during which she also thanked Dan and Eugene Levy, that we’ll always remember fondly. “I share this with Annie Murphy,” she said, honouring her co-star who was competing in the same category. “I’m flattered anyone might believe I could be her mother. She is a beautiful soul.” A fitting reminder that after all the accolades, there’s still so much love between the cast.