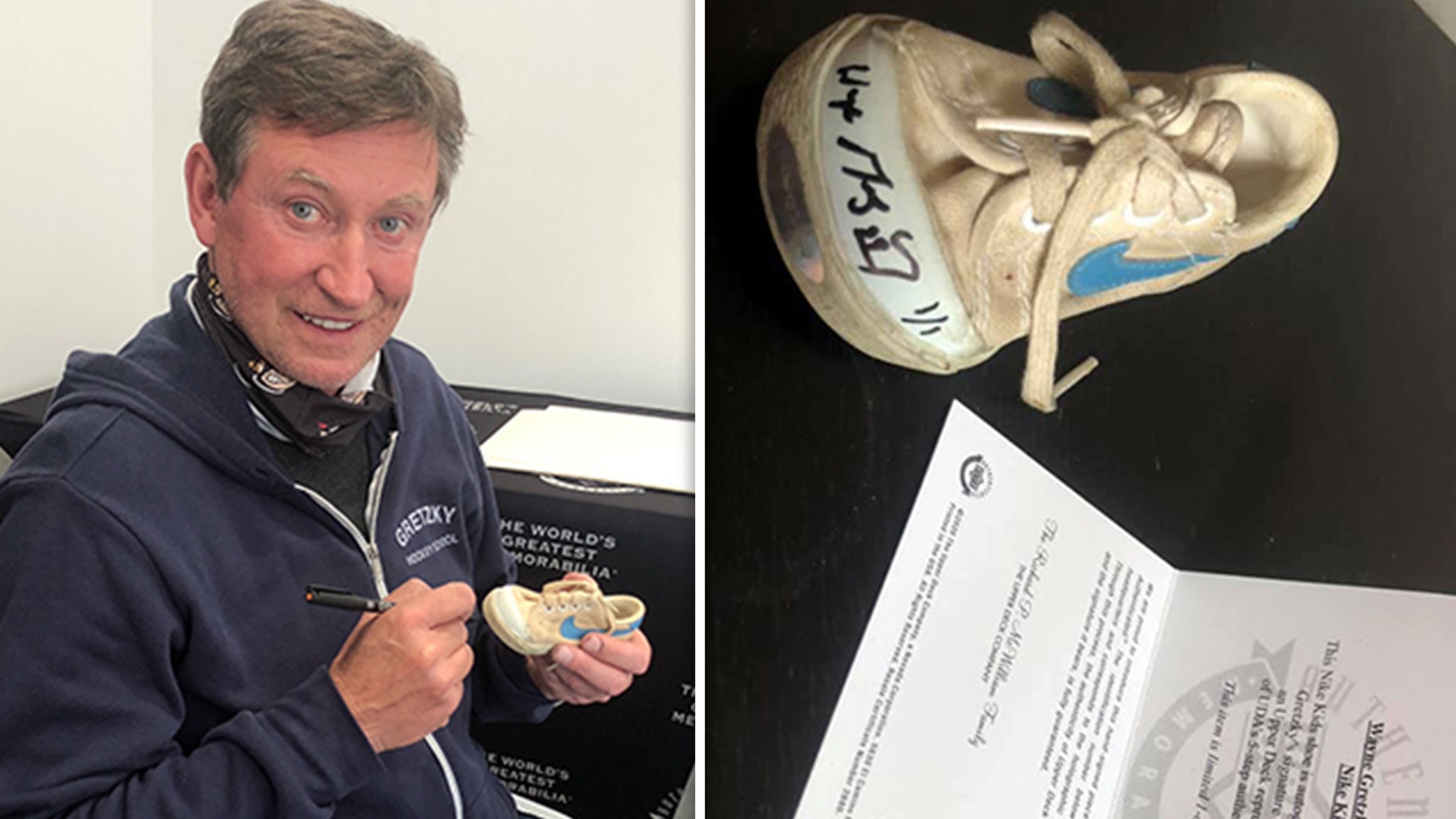 Wayne Gretzky is not only The Great One on the ice … but clearly off of it too — ’cause the NHL legend made a fan’s life by re-autographing a baby shoe, and the story is awesome.

Back in 1986, a little boy and his mother ran into Gretzky — but they had one problem … they had no hockey memorabilia for Wayne to sign.

So, Mom thought quickly on her feet, handed over her little boy’s Nike shoe … and Gretzky gladly slapped his John Hancock on it.

The piece actually came out pretty cool … it’s a baby shoe with Wayne Gretzky’s signature on it!! 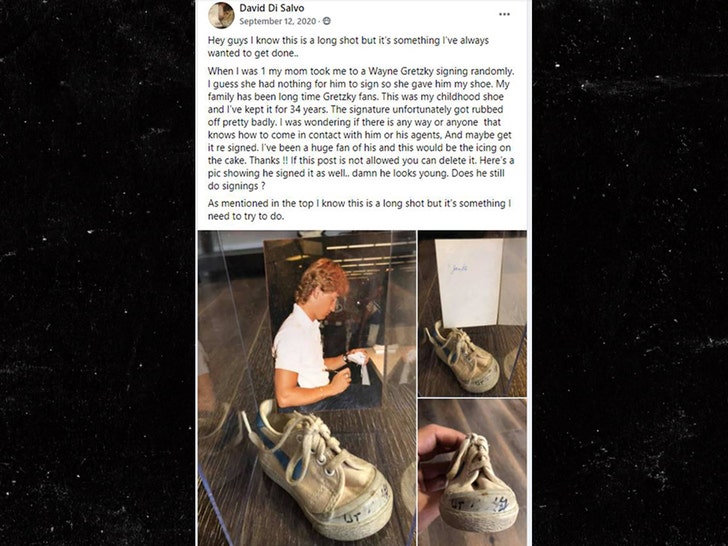 But, after 30-plus years … the signature faded, and the boy who had kept it all that time was heartbroken.

So much so, he says he tried EVERYTHING he could to get in touch with Gretzky to have him re-sign the shoe.

Fortunately, after years of reaching out, he posted his story on a Facebook group’s page … and the guys at Upper Deck eventually caught wind of it and decided to lend a helping hand.

They were able to ultimately get the shoe back in front of Gretzky … and, after explaining to him the story of it all — the hockey legend gladly signed it again!! 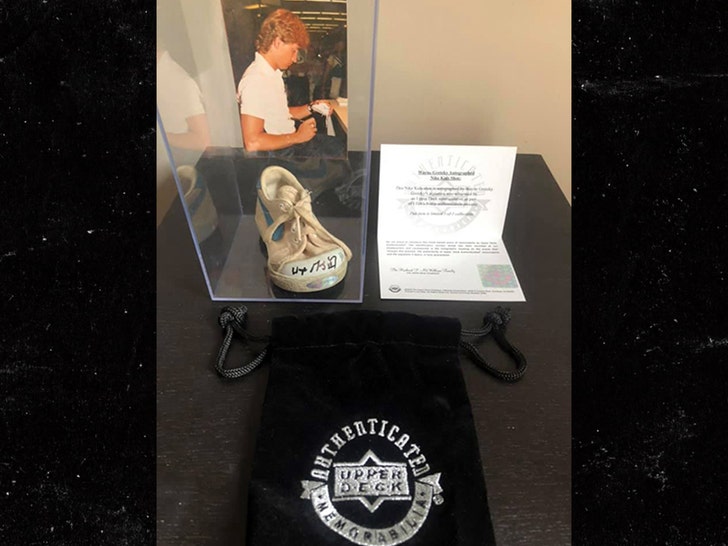 The piece is now truly incredible … Gretzky wrote “1/1” on it alongside his signature — and Upper Deck authenticated it and sent it back to the fan, who couldn’t have been more grateful.

“I can’t thank everyone enough that helped get this done,” the fan said. “This shoe will remain in my Family forever. If I thought it was priceless before, it has now become even more priceless if that’s possible.”