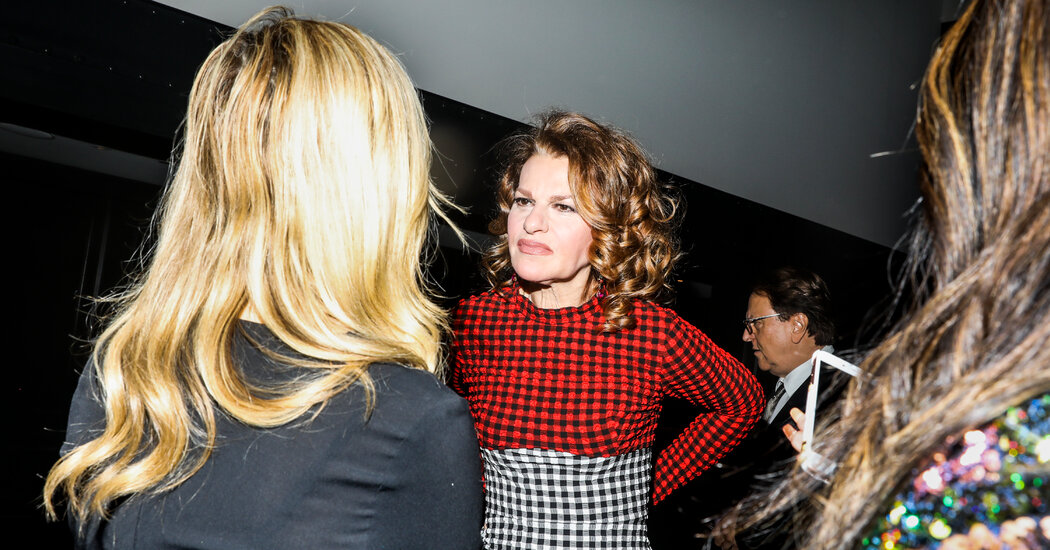 And how Thelma Golden and Isaac Mizrahi have stayed sane and creative during the pandemic.

With the New York charity circuit still on hiatus, here is how some philanthropists and society figures are spending their time and resources.

Where have you been during this whole thing?

Last summer my girlfriend, Sarah, and I were in Vermont, the Hudson River Valley and Bellport on Long Island, but we have not been anywhere since then, just hunkered down in Chelsea.

In a promotional ad for the city, you say there’s always something to capture your imagination here.

I especially love nature in the city. I walk down the street and talk to the trees. I asked one the other day, “How did you manage to come back? You just pop back to life again and again. I wish I were as brave as you, tree.” I mean, the resilience this year of nature is incredibly meaningful. Mother Earth just keeps spinning and doing what she does and trying to correct all our mistakes.

You had a little medical brush over the winter.

I was watching some kid on the corner of Hudson and 12th Street sort of mock skating on the ice after we had a big freeze and I thought, that’s so cute. Next thing I knew I wiped out and broke my fall with my right hand. It was right outside Café Cluny. I didn’t want an ambulance, but they sat me down and brought me some ice.

If I had wanted one, they would have brought it, they were so nice. But I ended up getting an X-ray at the orthopedic hospital and a splint. I didn’t need surgery or a cast, hallelujah, and now I’m splint-free.

Your show at Joe’s Pub in December 2019 was slated to tour in 2020. Will you revise it to include pandemic material?

I’m not going to beat somebody over the head with the obvious.

Like it was some sort of a lesson for everybody. Like we all needed to slow down, and that before it we didn’t appreciate this or we didn’t understand that.

Singing is a superspreader. Do you miss it?

I just put my head into a place where I think it is what it is and it’s going to be OK. And I’m always singing in the house. I sing to my dog. I make up songs. Singing is my first love.

Will you have Mother’s Day with your daughter who lives in Brooklyn?

Maybe she’ll come over, make us dinner and hang out and catch up. That’s what we like to do.

No. I did that when she was a baby, but now I always try to shine a light on her, not me.

Where have you been sheltering?

In my beloved Harlem. It’s where my father was born and raised. It’s where I work and I live.

Has the neighborhood been good to you through all this?

Just being able to be out on the streets seeing people who have been part of the Studio Museum community for years and having all the moments of connection with everyone has been a gift.

You’re usually running around the city and all over the world.

I have not been in the same place for this long ever in my adult life. So, spending so much time here in the past year has helped me rediscover the community. I spend time in St. Nicholas Park where the museum installed an amazing public project by Chloe Bass. I go to Morningside Park or east to Marcus Garvey Park and eat outdoors at the Red Rooster, Melba’s and Vinoteria.

The Studio Museum and its offices have been closed for construction since 2018. Were you ahead of the shutdown curve?

We had already set up off-site programming at MoMA, MoMA P. S. 1 and the Schomburg Center. But then the pandemic required other pivots. On May 11 we’re having our spring benefit luncheon as a virtual event, and I’m thrilled to be having a conversation with Tracee Ellis Ross, a longtime champion of the museum.

Do you miss being out and about?

I miss my interactions with artists and colleagues, but what has brought me solace is museums being open. The Whitney has Julie Mehretu’s amazing survey exhibition and Dauwood Bey, who was an artist educator at our museum years ago. The New Museum’s show “Grief and Grievance: Art and Mourning in America” brought me a new understanding of art.

It seems like the right time for a show about grief.

Artists always give us a way to understand the complexity of any moment. For me, as a curator, it’s as important to reflect on history as what’s happening now. The Studio Museum was founded in a moment of revolution in the late ’60s. What’s going to come out of this moment is not just the reimagining of institutions, but of art and ideas.

Where have you been sheltering?

I live in Bridgehampton most of the time, but that’s been for a while and not because of Covid. So when I hear people being unkind about people who left the city, it doesn’t even sound like what real New Yorkers would say. We’re not always nice, but we’re more accepting than that.

I went to get vaccinated at the Javits Center and it was so well organized and quiet with people being so considerate and polite. And I thought to myself, “This is New York, it’s a place where people know how to come together.”

I used to swim every day at the Manhattan Plaza Health Club in midtown and I’m not sure I’ll ever go back. But I’m starting to go back to dinner at Il Cantinori and Cookshop, and I’ll go back to Café Cluny in the morning once they reopen for breakfast. Nothing is better than going out for breakfast.

As a Brooklyn kid, Manhattan excited you. Does it still?

It’s still fun and edgy and exciting. But when I was a kid years ago, it was also burned out and scary. I went to the High School of Performing Arts on West 46th Street and it was squalid around there. But I remember being fearless exploring the city at night. It was really dangerous, but I never felt that I was in danger.

You live in the city by Parsons, where you went to school. Do you ever want to advise the students you see?

Honey, I wish they’d tell me what to do. I mean, can you even deal with social media with everything reduced to some kind of air quotable thing? But we have to adapt. I want the students to give me all their advice.

Your mother plays a large part in your recent memoir, “I.M.” How is she getting on?

Early on in the pandemic she was very scared, so I kind of broke protocol and went to see her. Now she has rebounded and she’s fully vaccinated. She isn’t doing her makeup like she used to or getting her hair styled, but I mean she’s 94, after all.

Will you see her for Mother’s Day?

I’m bringing the pastries she really likes from Mah-Ze-Dahr, this bakery on Greenwich Avenue.

And you will entertain her and she’ll listen?

Are you kidding? I’m the one who will listen. She’s still got a lot to say.