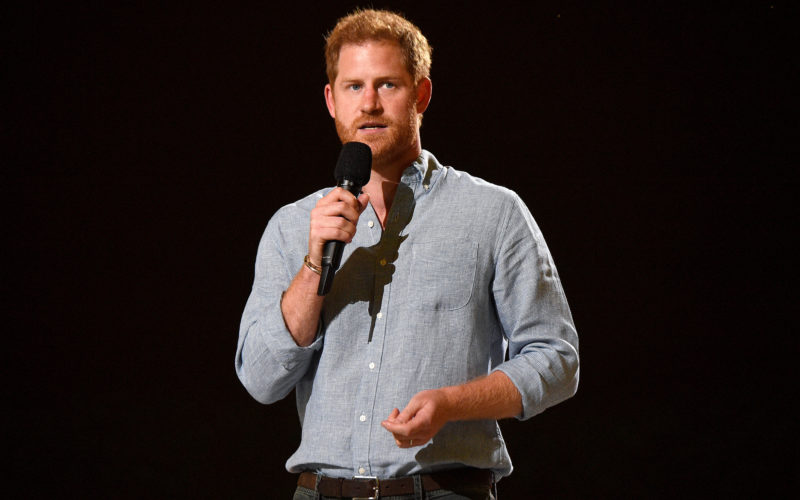 Prince Harry talks about going to therapy, life with Meghan Markle away from the royal family and how their adopted chickens are doing.

Prince Harry is opening up once again about his mental health, the challenges of being a royal, and navigating his new California life with Meghan Markle. In a 90-minute interview on the popular Armchair Expert podcast, hosted by Dax Sheppard and Monica Padman, Prince Harry shared a lot, from serious issues like mental health to lighthearted tidbits like how his and Meghan’s new chickens are doing.

When Prince Harry and Meghan Markle stepped away from their roles within the British royal family last year, the news was met with controversy and speculation. But during the couple’s revealing Oprah interview in March, they shared how the move was necessary for both of their mental health.

On the podcast, Sheppard brought this up to Harry, comparing being born into the royal family to The Truman Show — the 1998 film wherein the main character’s life is televised for the world to see against his knowledge. Prince Harry agreed, saying, “It’s a mix of The Truman Show and being in a zoo.”

When you are born into royalty, you don’t get to choose the lifestyle, it just happens to you, said Harry. “The biggest issue for me was that, being born into it, you inherit the risk. You inherit every element of it without a choice.”

As a member of the world’s most famous family, he said the U.K. media feel they have an “ownership” over him. “It’s a really dangerous place to be if you don’t have a choice,” he said, noting that this lifestyle also comes with an immense amount of privilege.

Harry spoke candidly with Sheppard about his mental health journey, recalling the struggles he dealt with in his younger years.

Throughout his life, Harry said feeling helpless has been his “Achilles heel.” He pointed to three specific times when this feeling hit him hardest. One time when he recalls feeling helpless was as a child with his mother, Princess Diana, in the back of a car that was being chased by paparazzi. The second was when he was flying an Apache Helicopter in Afghanistan during his time in the military. The third was with his wife, Meghan Markle — no other details given. These out-of-control moments were terrifying, he said, because they showed him that despite his privilege and influence, he couldn’t fix the problem at hand.

He began going to therapy after Markle encouraged him to seek help. “She could tell that I was hurting and that some of the stuff that was out of my control was making me really angry,” he said.

Prince Harry says that therapy helped him gain perspective on his situation. It helped him pluck his head out of the sand, he said, and made him realize he wanted to use his position to enact real change and help others.

Meghan and Harry once had an incognito date…at a supermarket

Not all moments of the interview were serious, with Prince Harry sharing an adorable anecdote of the first time his future wife came to stay with him in England. “We met up in a supermarket in London, pretending that we didn’t know each other, so texting from the other end of the aisle,” he said. “There were people looking at me, giving me all these weird looks and coming up and saying hi, whatever, and I was there texting her saying, ‘Is this the right one?’ She goes, ‘No you want parchment paper. I’m like, OK, where’s the parchment paper?’”

Harry and Meghan’s now-famous chicken coop first caught our attention in their interview with Oprah. Their chickens were rescued from factory farms and when they first got them, the birds were “butt naked” with a few feathers growing from their chins and stomachs, he said. Prince Harry was delighted to share that they are now fully rehabilitated and have completely regrown their feathers. Happy day!

Harry said he feels “more free” in his new home of Santa Barbara, noting his appreciation for simple pleasures, like taking his two-year-old son Archie out on the back of his bicycle. “Living here now, I can actually lift my head and I feel different. My shoulders have dropped, so have [Meghan’s].”

On May 21, Apple TV will release The Me You Can’t See, a docu-series co-created by Oprah and Prince Harry. The series will focus on mental health, and Harry said it gave him and Oprah the opportunity to have “honest conversations” with people around the world. In fact, in his conversation on Armchair Expert, Harry credits finding happiness to the feeling he gets from helping others.