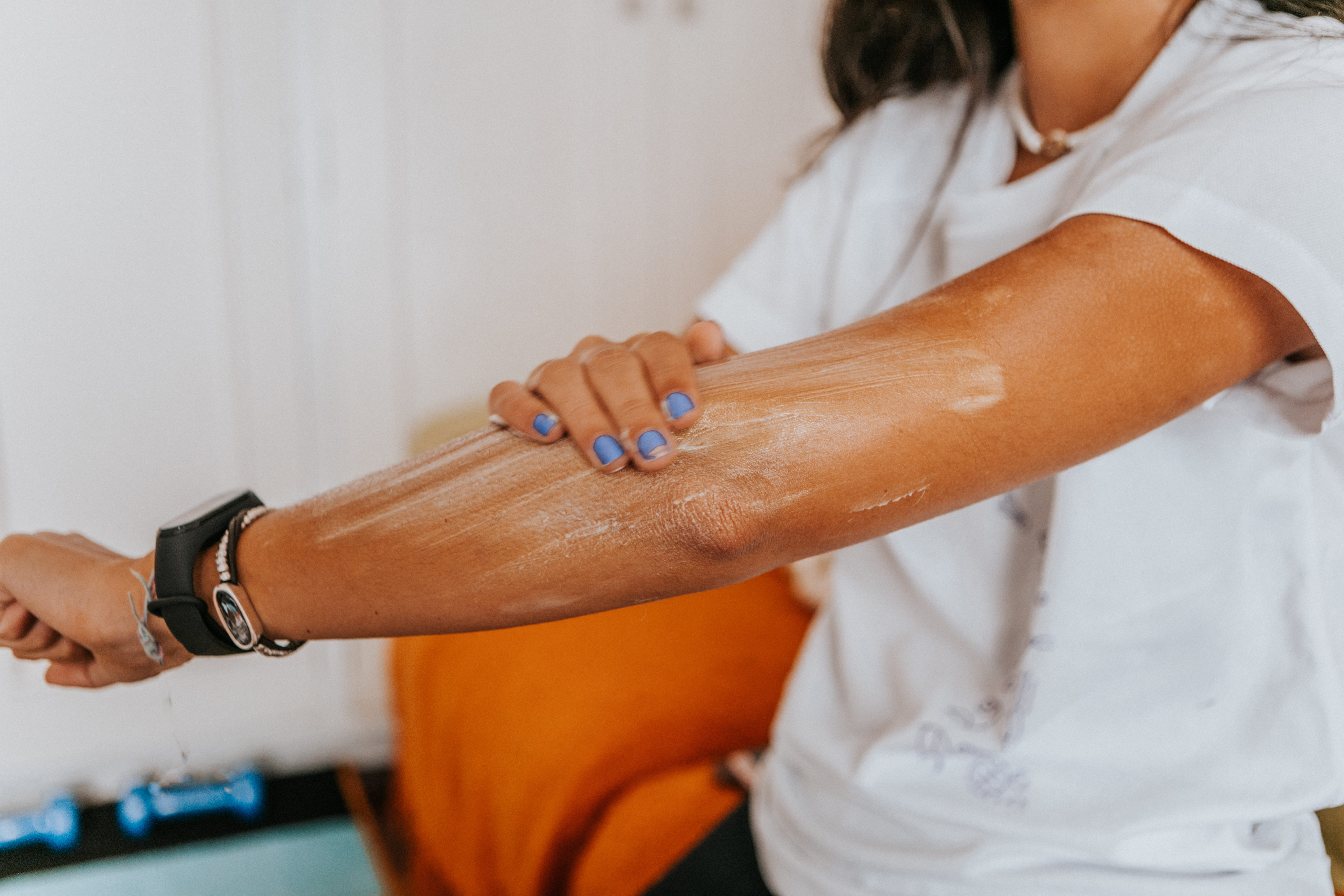 A new study spotted contaminated batches — but is it a big deal? We asked a chemist and a dermatologist to translate the findings.

After a long, locked-in winter, it’s finally time to shed our sweatsuits, move our plant babies outside and maybe even (safely) leave our homes. That all means stepping up our sunscreen game, too — but a new study is making some think twice before slathering it on. On May 24, a Connecticut-based online pharmacy called Valisure announced that it found the chemical benzene in sunscreen offerings from popular brands (27 percent of the 294 batches of sunscreen and after-sun products it tested, to be exact). The company, which also offers a drug-product certification service to brands, is now calling on the U.S. Food and Drug Administration (FDA) to recall 40 of the affected product batches.

Just how dangerous is benzene? Is this reason for panic? Will there be a recall? To get the scoop on the study, we turned to chemist and author Dr. Joe Schwarcz, director of McGill University’s Office for Science and Society, and dermatologist and University of British Columbia clinical instructor Dr. Monica Li.

What is benzene and what’s it used for?

Picture a clear liquid with a sweet, gasoline-like smell. “Benzene is a starting material for many, many chemical processes,” says Schwarcz. “It’s used in the making of plastics and nylon, for example. There’s a myriad of uses for benzene industrially.” In the past, the chemical was used to decaffeinate coffee and to scent aftershave, but you won’t find it on any ingredient lists anymore because it’s now known to be carcinogenic (that means it can cause cancer at certain doses — more on that in a sec!).

You’ll still encounter benzene in day-to-day life, though. It’s derived from petroleum but is also made naturally when organic material burns. Think: volcanoes and forest fires. You’re exposed to benzene every time you hit a gas station or inhale cigarette smoke, too. “It’s not surprising that it shows up in trace amounts in the environment because it’s just produced in such vast amounts,” says Schwarcz.

What exactly did the study find regarding benzene?

The study analyzed 294 batches of sunscreens and after-sun products from 69 different brands. Of that 294, 78 product batches had detectable levels of benzene, and 14 of those had concentrations higher than two parts per million (ppm). “It should be noted that the FDA concentration limit of benzene is two ppm for soft drinks and hand sanitizers,” says Li. (You can download the report with lists of contaminated batches here, and the attachment with all the uncontaminated batches here.)

The max amount that the study found was 6.77 ppm in Neutrogena Ultra Sheer Weightless Sunscreen Spray SPF 100+ (which isn’t sold in Canada, by the way) from lot 04820E04 — and yes, that code matters. The study’s findings are based on the batches from those specific samples, explains Li. “It is the sunscreen products with this exact identifying information that were tested and found to contain benzene contaminants.” So, it doesn’t mean that every bottle of Ultra Sheer Weightless — or any of the other 77 product batches — is affected. And it also doesn’t mean that you need to dodge these brands across the board, either. In fact, many that made the contaminated list also had batches on the uncontaminated list.

Wondering how much a ppm is? “If you had a litre of water, and it had one part per million of something, that means it has one milligram, which is one-thousandth of a gram, in one litre,” says Schwarcz. “It’s an extremely, extremely small amount. If you would look at any food that we eat down to the level of parts per million, you would find thousands of compounds.”

How dangerous is benzene?

“The major health effect associated with benzene exposure — long term — is its impact on the blood,” says Li. In petroleum-industry workers, there’s been a link between chronic benzene exposure and increased risk of leukemia, a cancer of the blood cells. That’s why you’ll hear benzene described as a carcinogen, which means that it has the potential to cause cancer. “But it does not mean that everyone exposed to it will get cancer,” says Li.

Schwarcz likes to break it down with an analogy: “To term something a carcinogen, it’s very much like saying something is flammable. It means it has the possibility of burning. It doesn’t mean if you encounter it, it will burst into flames.”

Dose plays a major role here. “If you think of coffee, it contains thousands of compounds, including a number that are carcinogens,” says Schwarcz. “Each of these can be termed carcinogens because if you isolate them and feed them in high enough doses to animals, you can trigger cancer. But of course, we know that coffee doesn’t cause cancer — if it did, we would surely know because there are enough people drinking it.”

Similarly, the type of exposure matters, too. Benzene can penetrate through skin, says Schwarcz, “but the question is, does it amount to significant levels in the blood?” The study only tested the sunscreens themselves, and not the blood of people who’ve used it. Schwarcz notes that benzene is highly volatile, so it’s more likely to evaporate than absorb. “The highest level [Valisure] found in the sunscreens is six ppm — that is a very, very, very small amount,” he adds. “I think the chance that that leads to any significant amount in the blood is infinitesimal.”

Why would there be benzene in sunscreen in the first place?

Even though “benzene” might sound similar to some of the ingredients you see on your sunscreen’s label, like oxybenzone and avobenzone, they’re not the same. “Benzene is not, as we currently understand, a breakdown product of sunscreen ingredients, nor is it a UV filter,” says Li. “It is a contaminant due to the manufacturing process of the product. No reputable company will intentionally put benzene in sunscreens.”

Are the sunscreens with detectable levels of benzene being recalled?

Valisure is petitioning the FDA to recall 40 of the batches, but there’s been no response as of publication time. The news could still come, though. “I think it would be scientifically unjustified, but there are many things that are done for business reasons that are scientifically unjustified,” says Schwarcz. You can bookmark the FDA’s recall list and Health Canada’s if you want to keep tabs.

Should you happen to have a tube from an affected batch (again, the specific lot number needs to match up), don’t panic. “I would keep using whatever sunscreen you’re happy with,” says Schwarz. “If you do have any concern, which I would not have, then the next time you buy one, buy one of the ones listed that hasn’t been found to contain benzene.” If it really freaks you out, you can switch to another sunscreen sooner. “I would suggest keeping the bottle, though, [in case there is] a recall in the future,” says Li.

Should I stop wearing sunscreen?

Definitely not! “We should not assume that all sunscreens are dangerous,” says Li. “In fact, they have been shown time and time again to reduce the risk of skin cancers — don’t forget UV radiation is a known carcinogen, too — and signs of premature aging.”

Stick to a broad-spectrum sunscreen with an SPF of 30 or higher and reapply often. Don’t let the study deter you, says Schwarz. “Of all of the things we’re exposed to and all the legitimate worries that might be up there, I would rank this extremely low on the worry scale.”