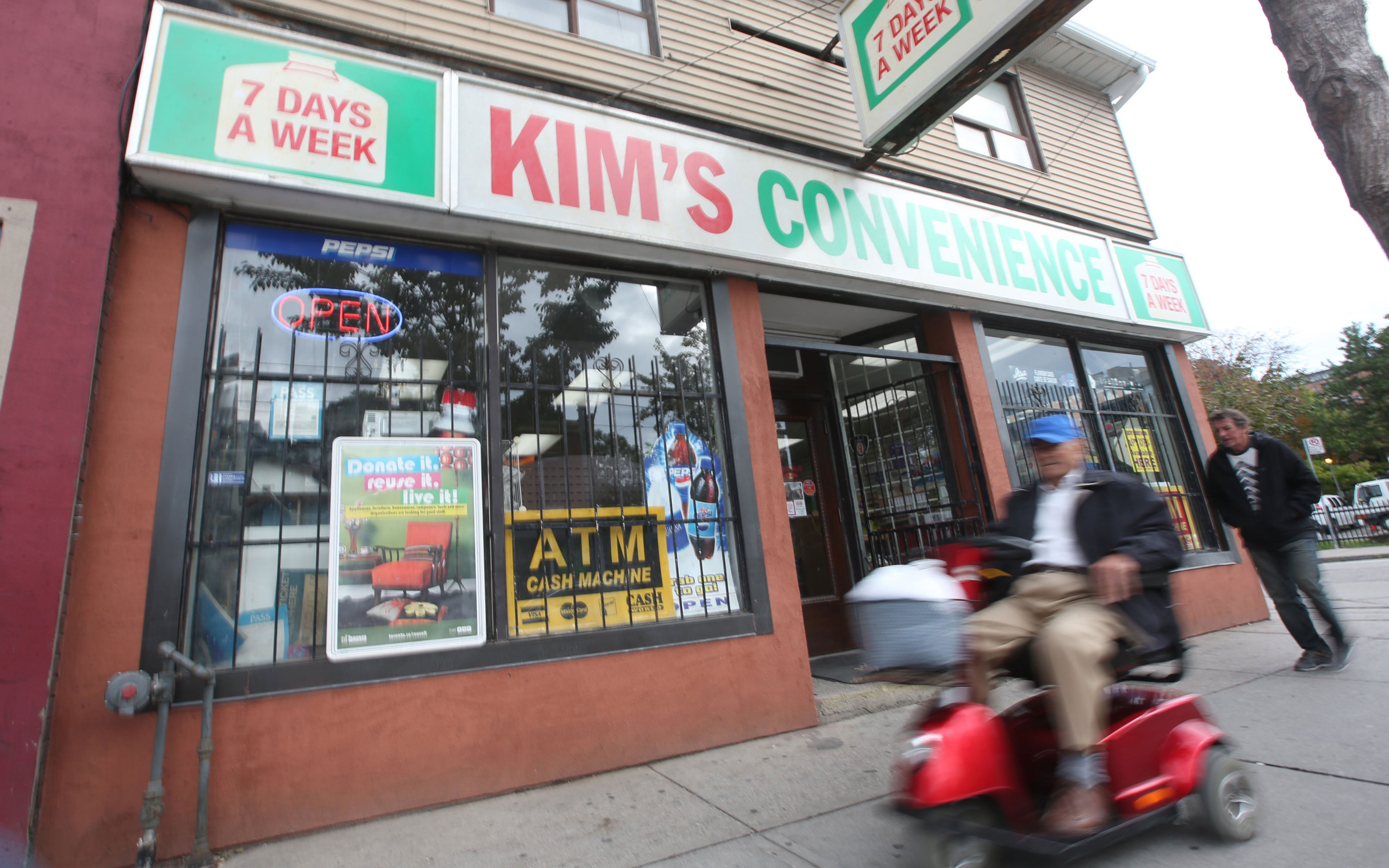 With the release of the final season of Kim’s Convenience, series stars Simu Liu and Jean Yoon are speaking about racist storylines, subpar pay, and a lack of Korean voices behind the scenes of the Canadian sitcom.

Co-created by playwright Ins Choi, the show follows a Korean-Canadian family running a convenience store in Toronto. Since its debut on CBC in 2016, Kim’s Convenience has been a cult favourite. Over the course of its run, the show has earned praise for its deep and well-rounded representation of Asian communities. But after its fifth and final season was released on Netflix last week, new revelations depict a toxic environment behind the scenes. Here’s what went down with the show, according to two of its stars.

On June 2, Simu Liu (who played Jung Kim) shared a lengthy Facebook post airing grievances about his experience on Kim’s Convenience. As the series progressed, he said he became “increasingly frustrated” with the way his character Jung was written. Liu explained his disappointment that season after season, his character was not able to improve himself or evolve.

“The characters never seemed to grow. I can appreciate that the show is still a hit and is enjoyed by many people… but I remain fixated on the missed opportunities to show Asian characters with real depth and the ability to grow and evolve,” the post read.

Liu said that the show’s writers were “overwhelmingly white” and the cast never had the chance to give input on storylines, despite being Korean-Canadians with lived experience. Aside from Ins Choi, there were no other Korean voices in the writer’s room, according to Liu. When Choi became less involved in later seasons, Liu tried to get a place in the writer’s room but said he was not given any meaningful opportunities.

Actor Jean Yoon (who played Mrs. Kim) posted a Twitter thread echoing these sentiments on June 6, in response to an article from The Globe and Mail that criticized Liu for his aforementioned comments. Yoon explained that the lack of knowledge of Korean experiences in the writer’s room led to inaccurate and “overtly racist” storylines.

She recalled a joke that was written for season five, which described her character wearing nude shorts that made her look naked from the waist down. “Stripping someone naked is the first act before public humiliation or rape,” she said, adding that she got the scene cut from the script. She noted that if they had gone forward with the scene, it would have aired hours after the racially motivated Atlanta shooting, where six Asian women were killed. “This is why it matters,” she wrote.

Problems within the cast

Liu said that despite their on-screen dynamic, the cast spent a lot of time fighting with one another. He said that they were “deliberately being pitted against each other” and weren’t given any decision-making power, but were expected to be the main promoters for the show.

Despite the success of the show, “we were paid an absolute horsepoop rate,” said Liu. He wrote that the actors on Kim’s Convenience were making “nothing” compared to sitcoms like Schitt’s Creek, who “had ‘brand-name talent’ but whose ratings were not as high.” He said he was resentful of the fact that the only non-Asian character was the one who got a spin-off (referring to co-star Nicole Power getting her own show).

According to Yoon, as Choi’s presence continued to diminish on set ahead of his decision to leave the show, his co-creator Kevin White (who is white) took leadership, and insensitive storylines were introduced. She added that if it weren’t for her continually speaking up, the food on the show would not have been accurately representative of Korean culture. “The more successfully I advocated for my character, the more resistance and suspicion I earned from the writers/producers,” Yoon said.

Is there a future for Kim’s Convenience?

From what it looks like, no. The recent news saddened fans of the show everywhere, who have long loved Kim’s Convenience for its on-screen representation of Korean culture. Despite the aforementioned spinoff in the works, Liu said he would “adamantly refuse” to reprise his role in any capacity. At the end of her Twitter thread, Yoon said of the show: “The love died.”

Kim’s Convenience prided itself on being diverse, but without giving Korean voices decision-making power, it is exploitative of Korean talent and culture. Seemingly in response to these statements, Kim’s Convenience tweeted that they have always had a South Asian writer and co-executive producer on the show. This prompted fans to point out that South Asian and East Asian representation is not the same, and this does not justify Korean voices being stifled on set.

Liu seemed somewhat optimistic at the end of his statement, giving a nod to the show’s fans. “I still believe in what the show once stood for; a shining example of what can happen when the gates come down and minorities are given a chance to shine,” he said.