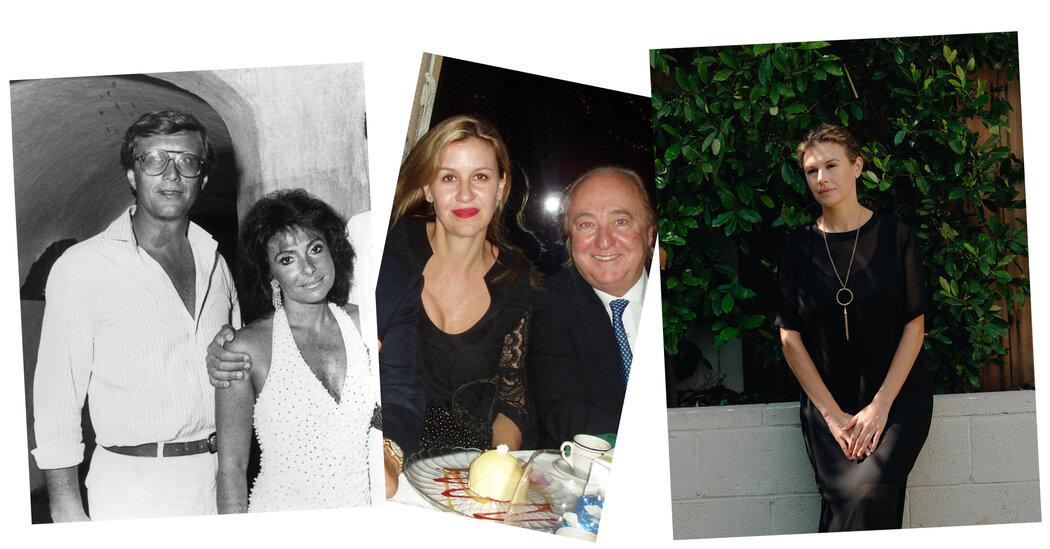 One of Guccio Gucci’s great-granddaughters went public with alleged wrongdoing, and now her younger sister is involved too.

For the last few months, scenes from Lake Como in Italy, where Ridley Scott is filming “The House of Gucci,” the movie about the murder-for-hire of Maurizio Gucci by his wife, have trended on social media. Viewers have cooed over the clothes and the stars, Adam Driver and Lady Gaga, while the family itself has lodged protests against what a Gucci scion Patrizia Gucci said was “stealing the identity of a family to make a profit, to increase the income of the Hollywood system.”

But out of the spotlight, in California, yet another chapter has been added to the real-life dark saga of Guccio Gucci’s heirs.

On April 26, Patricia Gucci, the granddaughter of the man who created the luxury brand and who is the love child of the son who took it global, as well as her mother, Bruna Palombo, filed a “motion to quash service of summons” in response to a lawsuit brought in September by her eldest daughter, Alexandra Zarini, in California Superior Court in Los Angeles. That suit alleged years of sexual abuse by Ms. Zarini’s former stepfather, Joseph Ruffalo, and accused her mother and grandmother of negligence.

The response from Patricia Gucci and Ms. Palombo said Mr. Ruffalo had been abusive but denied Ms. Zarini’s allegations of collusion and included a motion to quash because of lack of jurisdiction. It also names Ms. Gucci’s second daughter, Victoria Gucci-Losio, as another of Mr. Ruffalo’s victims, and accuses Ms. Zarini of using the lawsuit to get money from her family.

It is the first time Ms. Gucci-Losio has been publicly named as part of the case (she was not included in her sister’s filing) and signals a deepening schism in a family that has seen more than its share of tragedy and antagonism.

(The Gucci family has not been involved with the Gucci brand since 1993.)

Mr. Ruffalo, a former music manager, was married to Patricia Gucci from 1993 to 2008; they lived together in Los Angeles from 1992 to 1998. She divorced him upon being told by Ms. Zarini in 2007 that Mr. Ruffalo had been abusing her since she was 6 years old, and her sister since she was 4.

Ms. Zarini has also filed criminal complaints against Mr. Ruffalo in Beverly Hills, Calif., and Windsor, England; she, her mother and her sisters moved to Ascot, south of Windsor, in 1998, and when Mr. Ruffalo would come visit, she alleges, the abuse continued. Both investigations are continuing.

Mr. Ruffalo has thus far evaded being served with the California lawsuit, according to Deborah Mallgrave of Greenberg Gross, one of Ms. Zarini’s lawyers. When the lawsuit was filed, Mr. Ruffalo’s lawyer, Richard P. Crane Jr., told The New York Times that his client had not been served, and “Therefore, he is not aware of all of the allegations that the Complaint contains. What he has been informed of, he vehemently and categorically denies.”

However, when contacted this week, Mr. Crane said he was not representing Mr. Ruffalo in this matter and did not know how to reach him.

Though the focus of Ms. Gucci’s filing is an assertion that the California court lacks the power to hear the case since Ms. Gucci currently lives in Switzerland and Ms. Palombo resides in Italy, the response also states that neither Ms. Gucci nor Ms. Palombo were aware of the abuse. It further alleges that Ms. Zarini told her younger sister “that they must never tell anyone, and particularly not their mother, about the abuse.”

The response also states that Ms. Zarini’s claims are based on a desire to extract money from her family, the perception that they have “deep pockets” and that the negative press attention engendered by the lawsuit will force them to provide “early access to the ‘inheritance’ to which she believes she in entitled.”

In a statement to The New York Times, Ms. Zarini said, “To insinuate that I am to blame for the sexual abuse perpetrated by Patricia’s ex-husband on my little sister, when I myself was being abused, demonstrates a deep misunderstanding of the trauma and the psychological effects of sexual abuse on a young child.”

Ms. Zarini has established a foundation, the Alexandra Gucci Children’s Foundation, to combat the sexual abuse of children.

Ms. Gucci-Losio, 31, who lives in Italy, has been drawn into the fray. She confirmed the allegation that she had been abused by Mr. Ruffalo and that she and her sister had discussed what was happening.

Though she wanted Mr. Ruffalo brought to justice, Ms. Gucci-Losio said she had not wanted to become involved in her sister’s lawsuit. “I did not want to publicly expose my trauma to the world, and I wanted to move on with my life,” she said. “We knew that the family name would attract attention. The decision to keep silent was to protect us from public spectacle and scrutiny.”

Ms. Gucci-Losio said she was unaware that her sister “intended to bring legal action against our mother and grandmother” and was “shocked” by the allegations,” which is why she agreed to be named in her mother’s response. She disputed her sister’s claim that her mother and grandmother were aware of the abuse “while it was occurring.” (She currently works with her mother on the luxury luggage brand Patricia introduced in 2019.)

“If I am asked to testify, I am prepared to do so,” she said. “As hard as it will be for me to have to relive it all over again, I will do what is necessary.”

If so, once again the saga of the Guccis may play out in the public eye for reasons that have nothing to do with handbags or Hollywood.