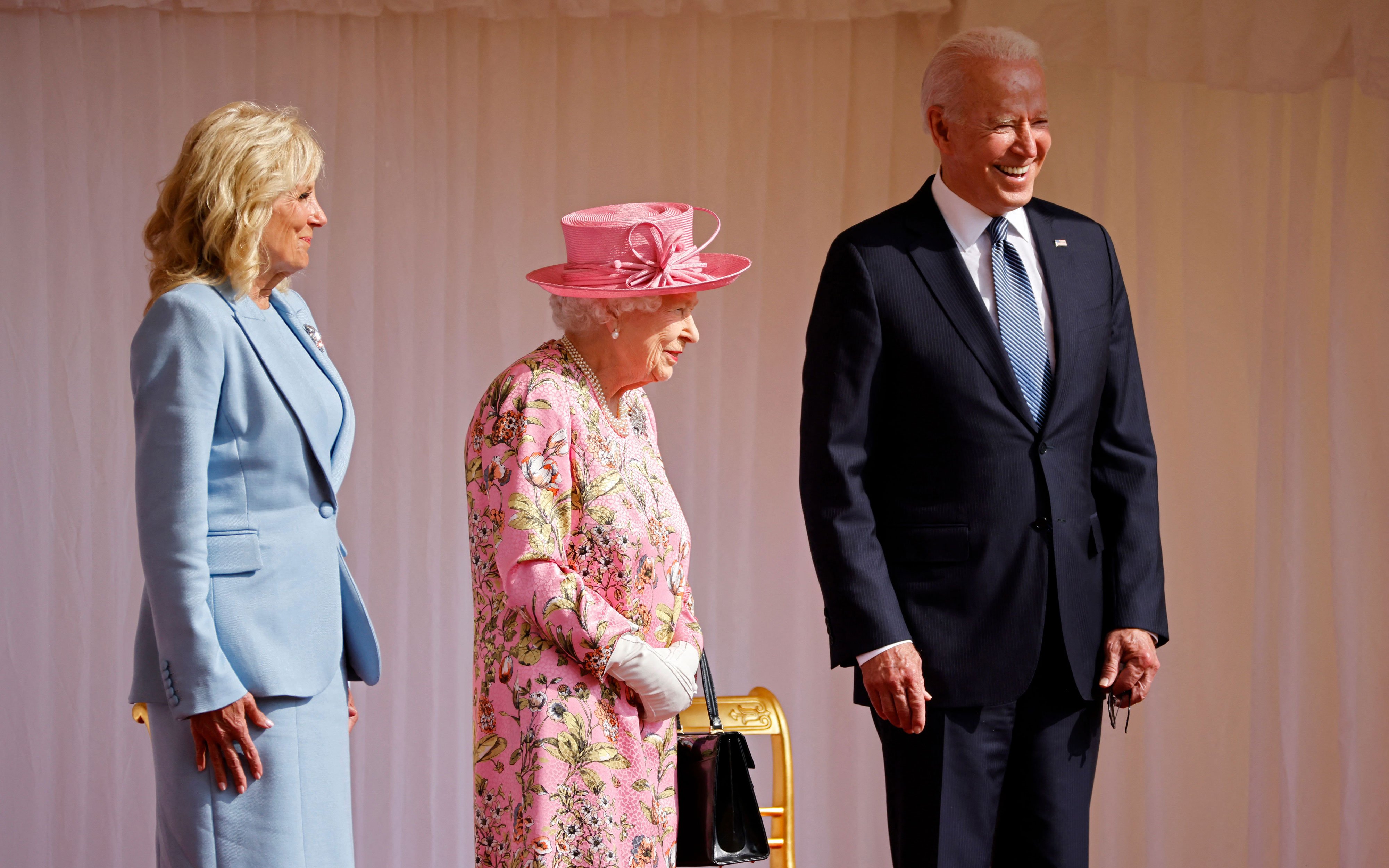 The Queen met with Joe and Jill Biden for tea at Windsor Castle, and there was a decidedly different energy than her 2018 meeting with then-President Donald Trump.

Queen Elizabeth II is a seasoned pro when it comes to royal protocol — she was launched into the spotlight after being crowned Queen of England at just age 27, after all. Known for her reserved demeanour, the Queen’s small gestures and wardrobe choices are commonly analyzed for their potential subtle messages. Simply put, no detail of the reigning monarch’s carefully curated presentation is overlooked. For this reason, royal and political watchers had their eyes peeled during Queen Elizabeth’s June 13 meeting with U.S. President Joe Biden and First Lady Dr. Jill Biden, who flew to Windsor Castle after having attended the G7 summit over the weekend.

During their meeting, Queen Elizabeth wore a pastel pink floral-printed dress paired with a bright pink hat. She added classic white gloves and sported a three-strand pearl necklace. In true Queen Elizabeth fashion, a bedazzled brooch completed the ensemble. She picked the “Jardine Star Brooch,” which is reportedly one of her favourites (and one she’s worn on multiple occasions). It is notably shaped like a star — a detail which has people speculating if it could be a nod to the American flag and national anthem “The Star-Spangled Banner.”

Aside from the media coverage you’d expect from an intimate meeting between world leaders (it comprised of the ceremonial inspection of a guard of honour and afternoon tea), the rendezvous generated less press attention than the Queen’s meeting with former President Donald Trump in 2018. To refresh your memory: there was a series of uncomfortable moments, including Queen Elizabeth checking her watch while waiting for Trump to arrive, Trump walking ahead of her, and most importantly, the Queen’s brooches suspected of being a slight on the Trump administration. Does the term #Broochgate ring a bell? The theory was that during his visit, the Queen’s three brooches of choices (one brooch was a gift from the Obamas, one was a snowflake shape brooch gifted from Canada, and one was a brooch her mother wore to her father’s funeral service, representing a sombre event) were deliberate political statements.

Though the claims that Queen Elizabeth purposely wore these brooches as sneaky jabs at the undeniably polarizing president, #Broochgate was later debunked by royal researchers and experts. There’s a reason Queen Elizabeth II has a reputation for not publicly saying how she feels about politicians: her poker face remains truly unmatched. During her meeting with the Bidens, all three seemed to be in good spirits and happy to be there. From what we can glean, the 95-year-old Queen is content as ever fulfilling her royal duties, despite her husband Prince Philip passing away just two months ago. One thing’s for sure: this meeting was less stiff than that of three years prior. President Biden even told reporters that the Queen reminded him of his mother. So sweet!