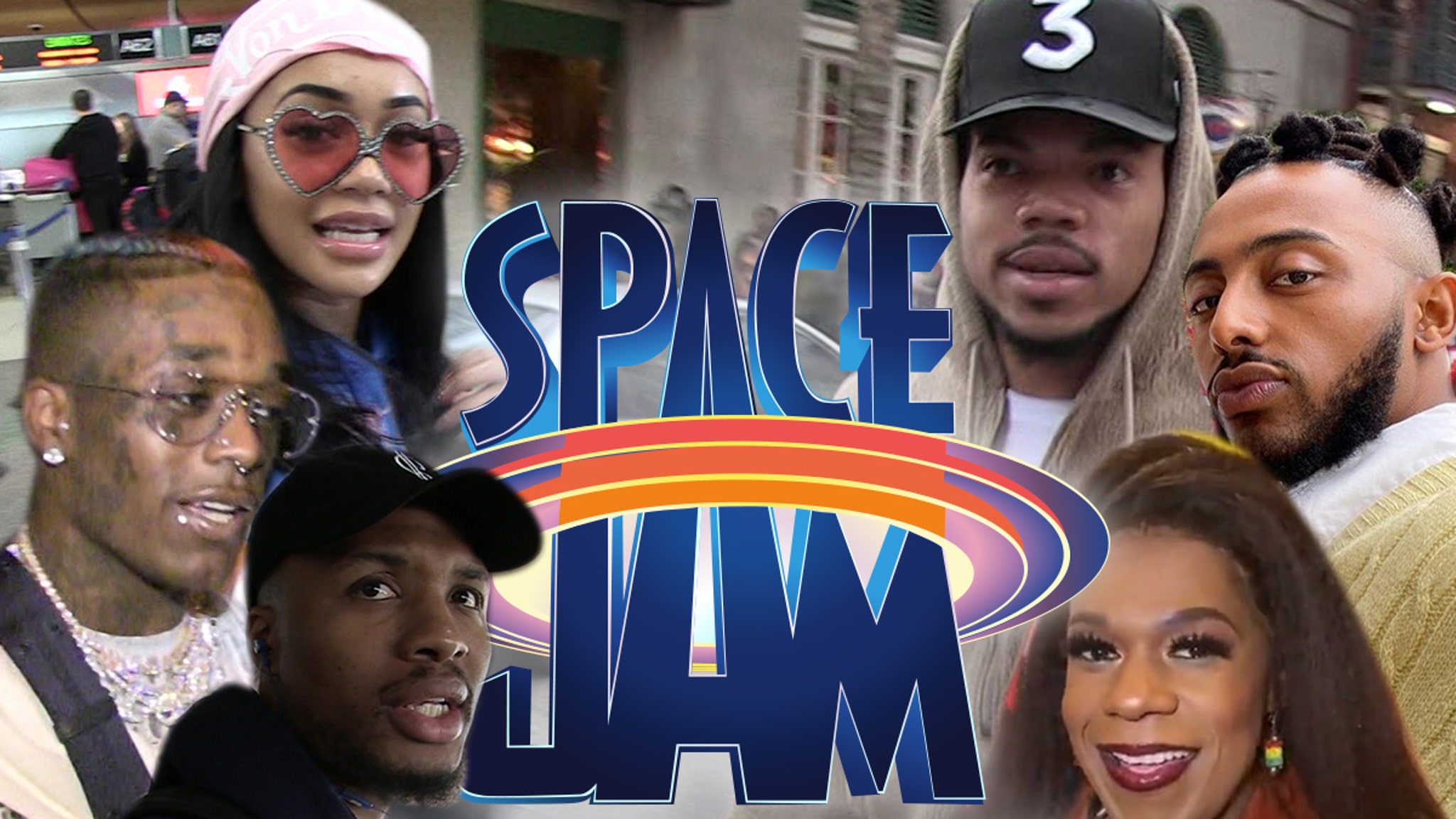 The “Space Jam: A New Legacy” soundtrack has just been announced … and it’s filled with features from today’s biggest stars — from Lil Wayne to the Jonas Brothers to Kirk Franklin and more!!!

Of course, the first “Space Jam” soundtrack is a classic — with iconic songs like Seal‘s “Fly Like An Eagle” getting radio spins to this day.

Now, the LeBron James-led flick has brought on some of the hottest names in the industry to go big for the new soundtrack … including Lil Uzi Vert, Big Freedia, Lil Tecca & Aminé, Saweetie, Chance the Rapper, Brockhampton and 24kGoldn.

What’s even cooler?? Portland Trail Blazers superstar/rapper Damian Lillard (AKA Dame D.O.L.L.A.) is also featured on the project … and we’re guessing his song might be a sort of Goon Squad anthem, considering his villainous role in the movie.

There are seriously so many more features we haven’t even gotten to mentioning yet … but luckily, the reveal came with a handy hype vid of all the folks involved.

The songs and artists weren’t just picked randomly, however — each song on the project will also be featured in the movie, director Malcolm D. Lee told Rolling Stone.

“The music that we get for the movie has to be in the body of the movie,” Lee said. “So, that’s always the thing that we strived for.”

The movie hits theaters in exactly one month … and the soundtrack will be available July 9.