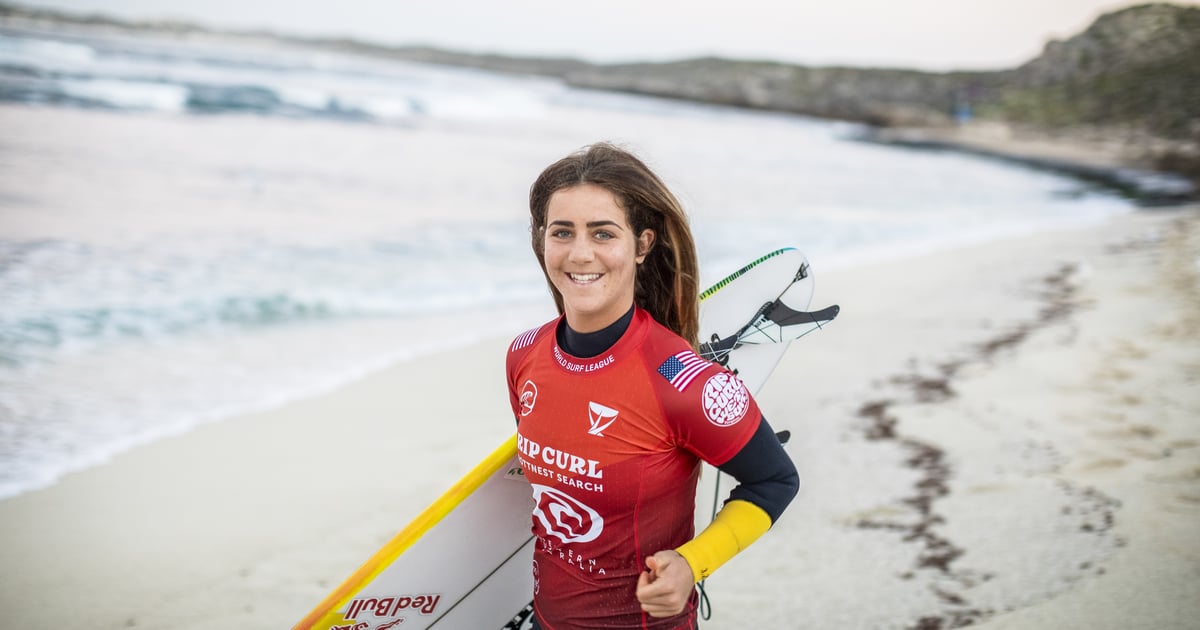 Caroline Marks is quickly earning her spot as one of the most inspirational and all around badass women athletes in the world. The American pro surfer has clenched too many titles and championships to list in one sentence — 2020 Super Girl Pro champion and second overall in the 2019 World Surf League (WSL), to name a few — and is now headed to Tokyo, where surfing will make its Olympic debut. “That was one of the biggest, if not the biggest, accomplishments in my career,” Marks told Forbes about qualifying.

The timing of everything couldn’t have been more kismet. While Marks was prepping to compete in the final leg of WSL’s 2019 Championship Tour, Red Bull was also in the process of producing a documentary centered on her pro surfing journey. When Marks got a second place finish, it also meant she had earned an interim spot at the Olympics, and the crew was there to document the whole thing. “It’s captured on camera. It gives me chills talking about it,” Marks continued. “It means so much to me and I worked so hard to get there.”

The California transplant is making history left and right, and we’re just happy to be along for the ride. Here are seven fun facts you should know about the first-time Olympian, who’s just 19 years old.