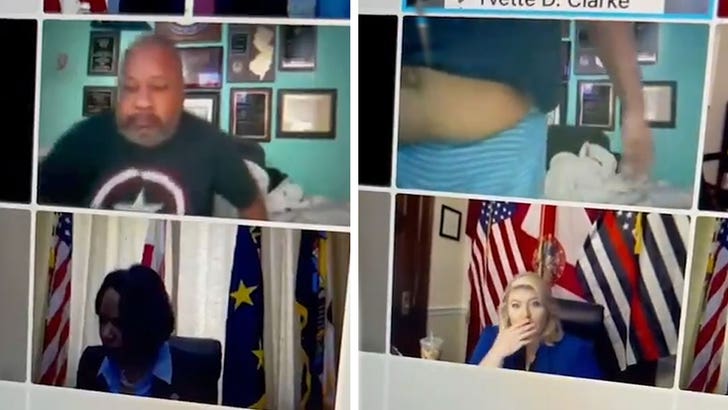 Congressman Donald Payne Jr. is reporting for duty … he’s just not bothering to get dressed for it.

The U.S. Representative from New Jersey got caught in an embarrassing situation Thursday during a Zoom call with colleagues, as he apparently forgot to turn off his camera as he rolled out of bed in his pajamas for the meeting. 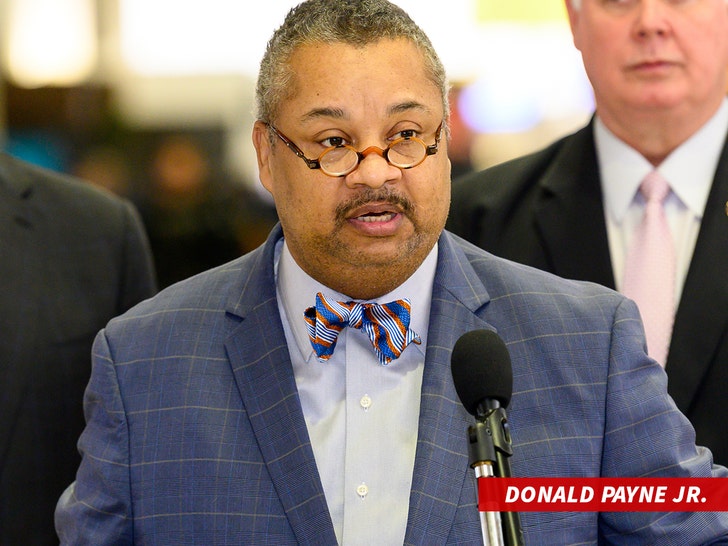 So, instead of seeing a sharp-dressed politician, the legislators on the call who were listening to Rep. Yvette Clarke speak also got an eyeful of Payne’s slightly-too-small Captain America t-shirt, his exposed belly … and what looked like blue striped boxers.

The clip was shared by Texas Congresswoman Beth Van Duyne, who used it to take a shot at all Dems by adding the caption … “Another reason Democrats should get off Zoom and back to work.”

Payne’s legislative director tried to defend him from Van Duyne’s dig by citing the Congressman’s weight struggle and diabetes, but in reality … the reaction of Rep. Kat Cammack at the bottom of the screen says it all.

Rep. Payne Jr. has addressed his gaffe, telling TMZ … “As a public servant, my focus has always been the public good and my work to better the lives of my constituents and all Americans, regardless of the circumstances.”

Sounds like a guy who rocks a Captain America tee in bed.