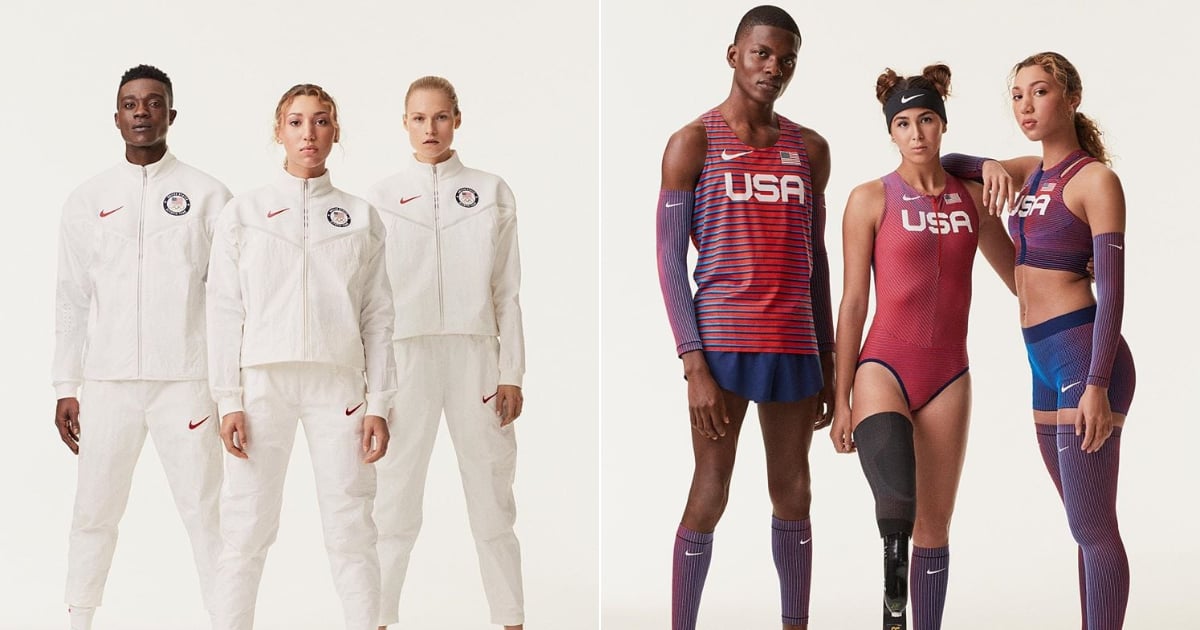 The 2021 Summer Olympics are coming up soon, and Team USA is revealing uniforms as we go. First up? Four new team uniforms, plus the team’s medal stand apparel.

Soccer, basketball, track and field, and skateboarding all have sleek and simple new looks courtesy of Nike, who have provided Team USA’s Olympic podium wear since 2006. Fans on Instagram were especially into the skateboarding ‘fit, new this year as the sport makes its Olympic debut. Skateboarders show off their unique styles both on their boards and through their fashion outside of the Games, and that creativity is what many of them, including medal hopeful Brighton Zeuner, love most about the sport. Team USA’s skateboarding uniforms embrace that individuality with abstract, colorful designs on classic-looking polo and V-neck shirts.

Basketball also went for a classic feel, with a distinctive red uniform for the women that pays tribute to the 1996 team that won gold and began a dynasty. The soccer uniforms mix things up with blue and red stripes on the away jersey and subtle retro stripes on the white set. Track and field athletes will have a sleek, red-and-blue zebra stripe look that we already love.

For the medal stand, Nike introduced an all-white ensemble with cropped pants and jackets that are “reimagined version[s] of Nike’s famous Windrunner that was first introduced in 1979,” according to a press release. In another move we’re applauding, the medal stand unis are 100-percent recycled, the jackets from recycled polyester and the pants from recycled nylon. “Rubber elements, such as the U.S. Olympic and Paralympic Team logos on the chest, are made with Nike Grind materials consisting of recycled rubber,” Team USA said.

Check out the new Team USA looks ahead, and stay tuned for more uniform reveals as we get closer to the opening ceremony!