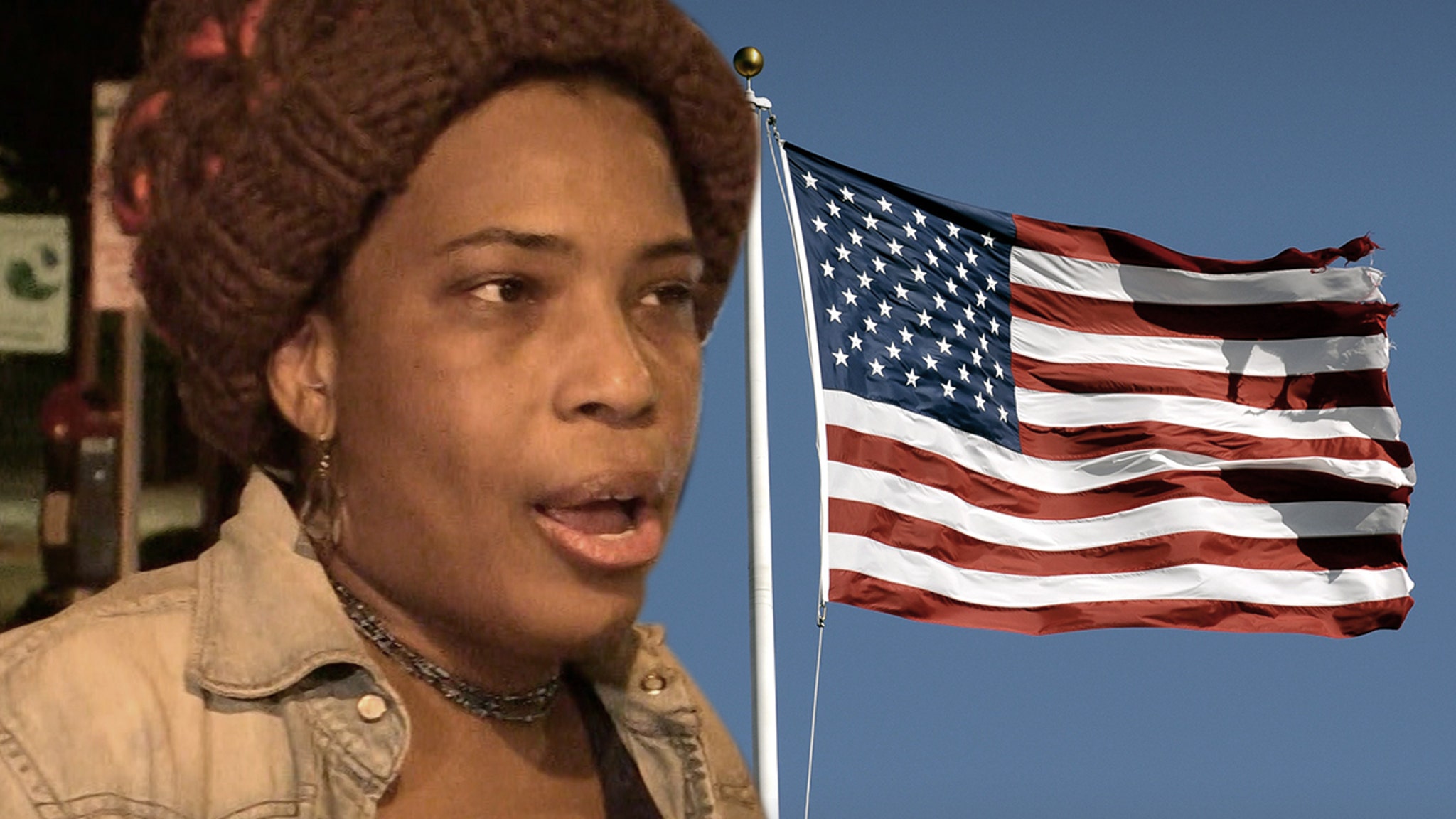 Macy Gray thinks America’s ready to walk away from its national flag, and even though we may stumble … she thinks it’s for the best, and that the time has come for a new design.

The “I Try” singer penned an op-ed this week for, of all outlets, MarketWatch … in which she made the case for giving Old Glory a facelift — because, as she puts it, the current version is “tattered, dated, divisive, and incorrect” … just like the Confederate flag, apparently!

Macy’s justification basically lies in a couple of points — one, she says the American flag’s rep was dragged through the mud (permanently, and beyond repair) due to the events of Jan. 6 … when a bunch of MAGA truthers carried it high, alongside Trump flags, into the Capitol.

She also says that numerically … the stars are off, and should be adjusted to 52, to take D.C. and Puerto Rico into account — which have been lobbying for statehood for a good long while now. Lastly, she suggests some color changes … to reflect modern-day America.

Here’s what she has in mind — in addition to adding a couple of stars — for her vision of New Glory. For starters, she thinks the stark white stripes should be off-white … and that the stars themselves should be changed to reflect every skin tone of melanin in our fine nation.

OPINION: “Sixty-two years later, in 2021, we have changed and it’s time for a reset, a transformation. One that represents all states and all of us,” writes singer Macy Gray. https://t.co/VTezKfjxdr

She says the blue square and red stripes — which stand for vigilance/perseverance and valor, respectively — can stay … because she believes the U.S.A. is still very much that.

Macy ends her pitch with this … “Sixty-two years later, in 2021, we have changed and it’s time for a reset, a transformation. One that represents all states and all of us.”