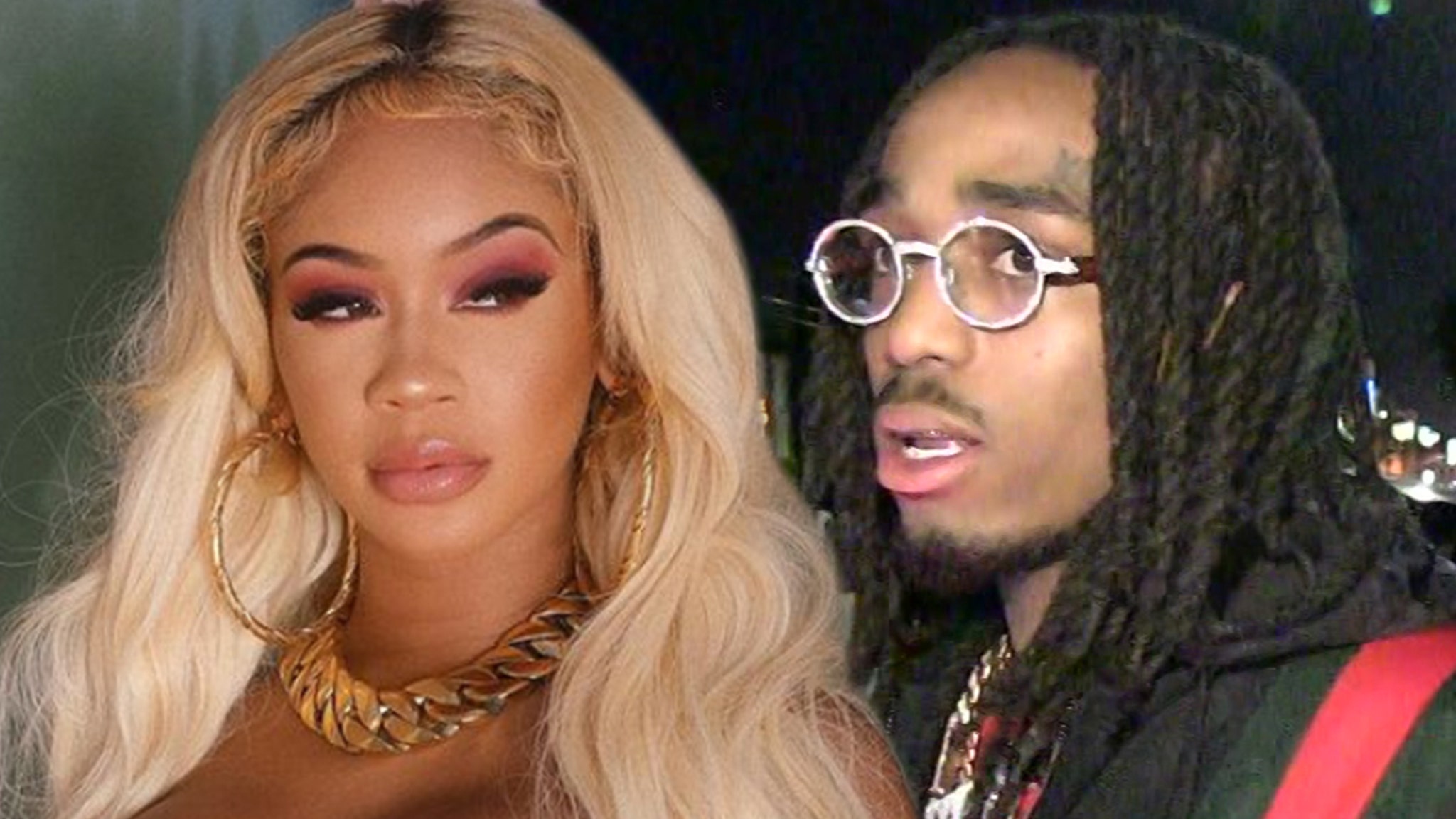 Saweetie seems to be responding to Quavo‘s suggestion that he did, indeed, repo a Bentley he’d gifted her during their relationship … by one-upping him with a new Rolls-Royce.

The rapper was photographed with RR’s Client Experience rep Cassidy von Seggern — with the two ladies posing in front of a Rolls that Saweetie appears to have just purchased, and which was being delivered to her in the Hollywood Hills, with champagne glasses in tow.

Cassidy captioned the pic … “She a real bad bish, drive her own RR ✨#icy” — which is a double-entendre … referencing both Saweetie’s song with Doja Cat, “Best Friend,” while also alluding to a pickup line Quavo used to holler at Saweetie way back when. Well played!

Saweetie responded to Cassidy’s post, writing … “My girl ! 🤩❄️.” Now, it’s unclear if Cassidy posted this at Saweetie’s behest, or if she did it of her own volition — but in any case, Saweetie definitely seems to appreciate the gesture … and the subliminal clap-back.

Now, for a bit of context … because this Bentley chapter is long and winding. We’re sure you remember the drama in the fallout of Saweetie and Quavo’s messy breakup — when it was reported that, in apparent retaliation for how things went down, Quavo repossessed the whip he gave her on her birthday last year. We were told by people in his camp there was NO truth to that — but the man himself seems to have contradicted that … with a new song.

In the Migos track “Have It Our Way,” Quavo raps a bar that goes, “Load up the bases, now I feel like Cal Ripken (Ayy) // She had it her way, now she out of a Bentley (Skrrt).”

While he didn’t name-drop her specifically, he didn’t really need to — he’s obviously referencing Saweetie’s Bentley … and appears to be hinting that, yeah, he took it back.

If he thought he walked with the W … Saweetie looks to be saying otherwise with this new car update. BTW, Rolls-Royces are nicer and usually way more expensive than Bentleys … so there ya go.