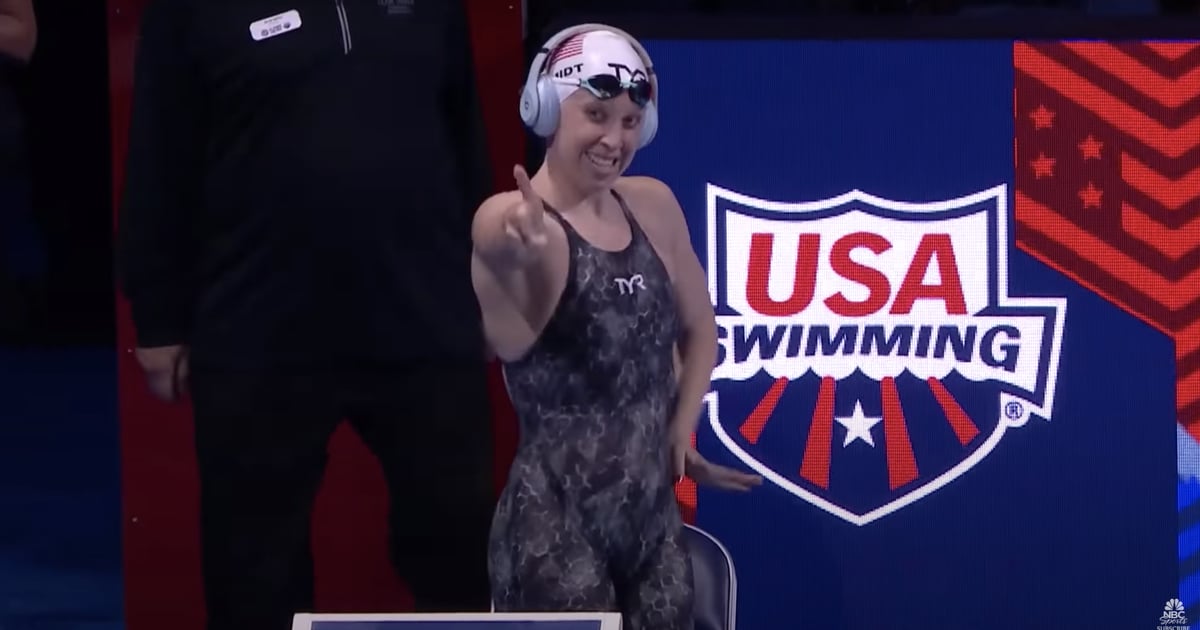 Swimmer Sierra Schmidt is known as the “dancing queen” in the collegiate swimming world, where she just finished her senior season at the University of Michigan. And, the 23-year-old from Erdenheim, PA, took those moves all the way to the 2021 Olympic Trials. “It’s something that works for me,” Schmidt said in a profile for Michigan Athletics two years ago. “When I put the headphones on, kind of everything drops away, and, you know, it’s just me, the music, the race, and my team.”

Schmidt did ballet when she was younger, and she said she applied some of the techniques she learned into her swimming (and into her pre-meet dancing, we’re sure!). Dancing, she noted, activates the muscles in her body that she needs to fire up prior to a race. The routines, which started as “swaying,” are now pre-planned and oftentimes consist of choreography from YouTube. For instance, you’ll find her doing K-pop numbers poolside. She also brought her dancing skills to the Olympic Trials in 2016 as a teen.

Ahead, check out Schmidt’s moves leading into the 400m and 1,500m freestyle finals, as well as before other races. Though she didn’t qualify for Tokyo in either final — she finished sixth in the 400m and seventh in the 1,500m — we’re so glad we got to see her fun warmups, and she’ll be back for the 800m freestyle prelims on Friday! It’s a good reminder to not take yourself too seriously and to enjoy the special moments with a shake and a shimmy.