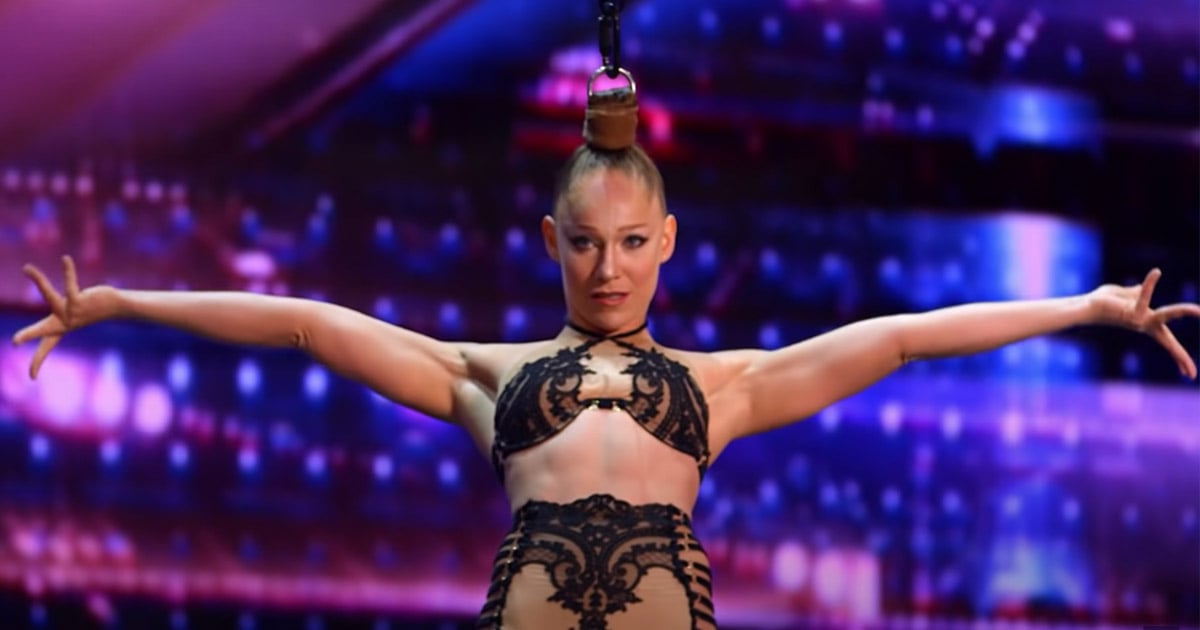 If you’ve ever gotten a headache from a too-tight ponytail, Danila Bim’s line of work may not be for you. In a display of incredible physical strength — and the longlasting power of a good conditioner — the Brazilian aerial artist suspended herself 10 feet in the air from nothing but a ring attached to her hair during an audition for America’s Got Talent. “This looks like it’s going to hurt,” host Terry Crews said before her performance. Seated in a meditative position, Bim sucked in a deep breath before the rope connected to her hair hauled her into the air, where she proceeded to show off her impressive strength and flexibility with her graceful dance moves — no floor required.

The climax of Danila’s performance came when she executed multiple consecutive pirouettes, all without setting a single foot on the ground, as the audience and judges raved from the other side of the stage. Fittingly, the audition was set to an alternative cover of Phil Collins’s “In the Air Tonight” by Joseph William Morgan. So far this season, we’ve seen some talented athletes compete for a spot on the show, but Bim’s performance is one we’ll be thinking about all week long. AGT has yet to reveal whether the judges put her through, but she gets a virtual golden buzzer from us. See Bim’s full audition here.