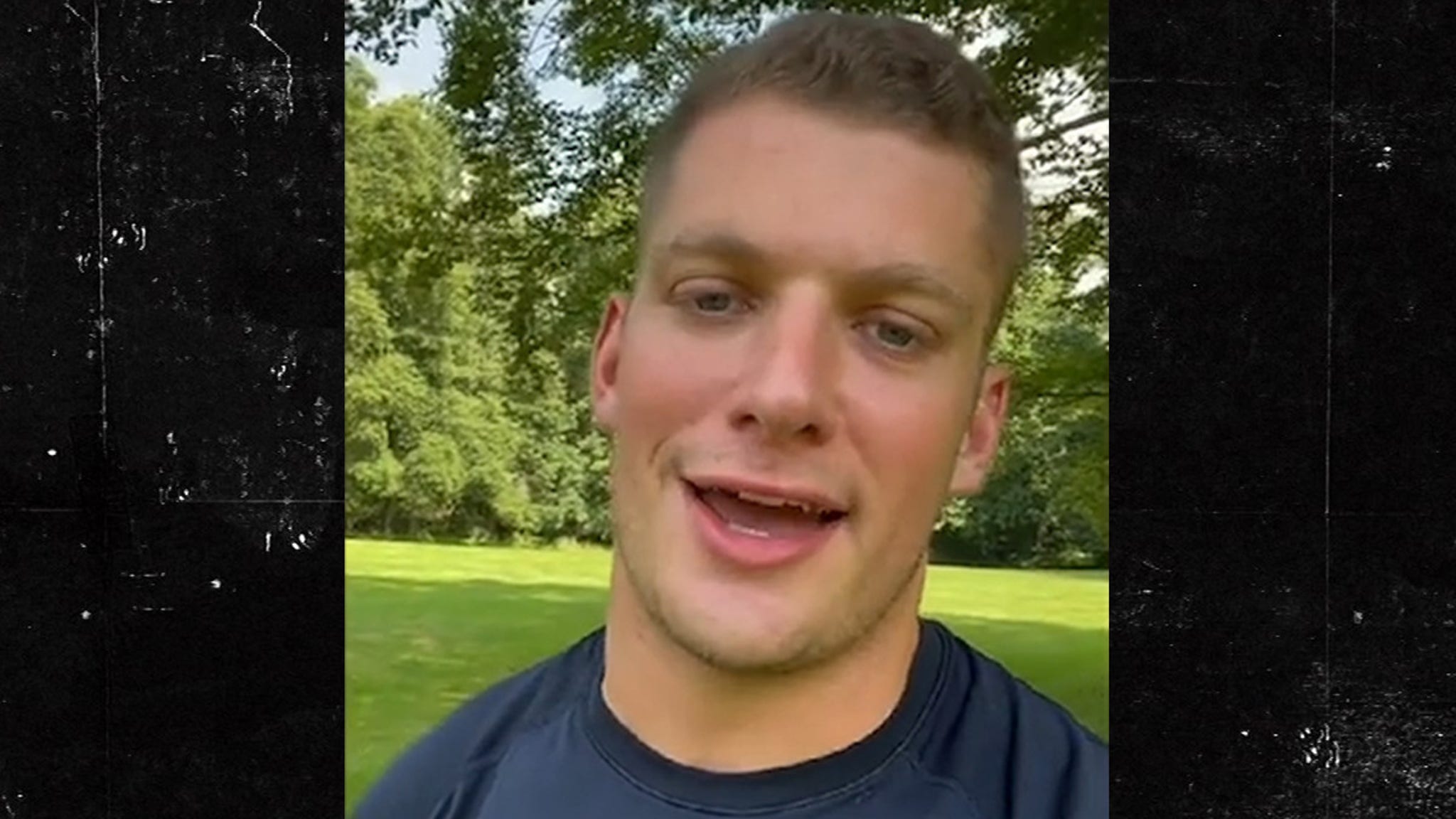 “I just wanted to take a quick moment to say that I’m gay.”

“I’ve been meaning to do this for a while now,” Nassib said in a social media post Monday, “but I finally feel comfortable getting it off my chest.”

The 28-year-old — who’s in the middle of a 3-year, $25 MILLION contract with the Raiders — noted he’s “agonized” over this announcement for 15 years … but said the support of his friends, family, teammates and coaches made his Monday announcement much easier.

“I really have the best life,” Nassib said. “I got the best family, friends and job a guy can ask for.”

“I’m a pretty private person so I hope you guys know that I’m really not doing this for attention. I just think that representation and visibility are so important.”

Nassib continued, “I actually hope that like one day, videos like this and the whole coming out process are just not necessary, but until then I’m gonna do my best and do my part to cultivate a culture that’s accepting, that’s compassionate.”

Nassib said in order to ensure he takes the proper steps to making that goal a reality … he’s donating $100,000 to The Trevor Project — an org. created to help prevent suicides in the LGBTQ+ community.

“For someone like me, who has been so lucky and cherishes every day, it brings me incredible sadness to think that our LGBTQ youth are at such an elevated risk for suicide,” Nassib said.

“I feel an immense responsibility to help in any way I can — and you can too.”

Nassib was a star at Penn State — and was selected in the 3rd round of the 2016 NFL Draft by the Cleveland Browns.

During his college career, Nassib was a consensus All-American in 2015, the same year he won Big 10 Defensive Player of the Year. He also won the Ted Hendricks Award for the best defensive end in the country.

Nassib also stood out on the HBO docuseries ‘Hard Knocks’ for giving financial advice to other players.

He later played for the Tampa Bay Bucs and later signed his big contract with the Raiders in 2020.

NFL star Saquon Barkley is throwing his support behind Nassib after his announcement, saying on Twitter, “Much respect brudda.”

“Representation matters. We share his hope that someday soon statements like his will no longer be newsworthy as we march toward full equality for the LGBTQ+ community.”

“We wish Carl the best of luck this coming season.”