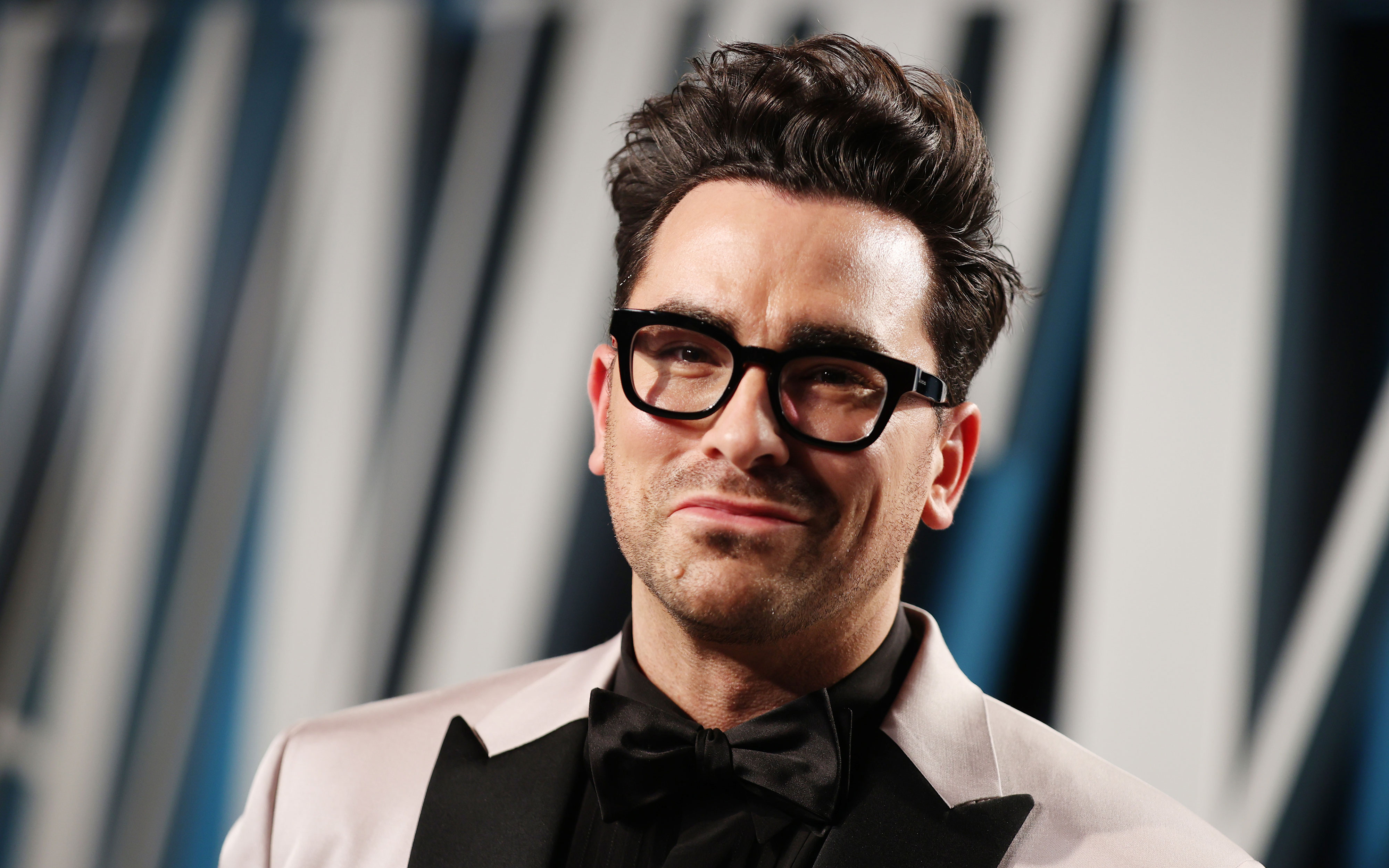 The ‘Schitt’s Creek’ star reflected on how experimenting with fashion has empowered him, adding, “there is no more exciting a time for menswear than right now.”

Canadian actor and writer Dan Levy opened Paris Fashion Week Menswear Spring/Summer 2022 with a thoughtful speech on what fashion means to him. Levy sported a floral Valentino button-up shirt to record the monologue which was published on the official Paris Fashion Week website. From his home in Los Angeles, the actor best known for his role as David Rose in the beloved Canadian TV series Schitt’s Creek reflected on the iconic outfits featured in the sitcom, how fashion has allowed him to feel empowered, and the way that menswear is evolving.

As a self-described lifelong fan of fashion (who even held a brief internship at FASHION many moons ago), Levy said his time working on the Canadian show helped shape his admiration for the work that goes into crafting garments. “Helping to costume and style [Schitt’s Creek] characters gave me an even deeper understanding of just how significant a role fashion plays in our day-to-day lives: how a well-constructed garment can help you stand a little taller, carry yourself with a little more confidence and express who you are without ever having to say a word,” he explained.

The character of David Rose was known for his show-stopping fashion looks throughout the show’s six-season run. From large fuzzy sweaters to drop-crotch pants to kilts, Rose’s outfits provided representation for a fun, experimental side of men’s fashion. Playing David Rose made me Levy feel at home, Levy said. “I felt strong, powerful, and special, and that is the beauty of fashion.” In playing around with his own wardrobe outside of the show, Levy added that he sometimes thinks back to when menswear was “relegated to the back corner of the shop, and black tie was limited to just that: a black suit and tie.”

As genderless fashion continues to gain popularity in the industry, Levy enthused that things are changing for men’s fashion. “We can now wear Thom Browne kilts in lieu of dress pants and lemon yellow sequinned turtlenecks instead of button-down shirts,” he said. “There is no more exciting a time for menswear than right now, as the designers showing this week continue to reinvent the category.”

Paris men’s fashion week Spring/Summer 2022 will be running until June 27, and 72 designers and brands are on its official calendar, including Dior, Hermès, Louis Vuitton, Rick Owen, and Burberry. After two seasons of mostly digital presentations, France has lifted many pandemic-related restrictions and menswear fashion week will feature in-person presentations and shows. The shows will be live-streamed and posted to the official website, and Levy vowed that despite the time difference, he will be waking up early or staying up late to watch.