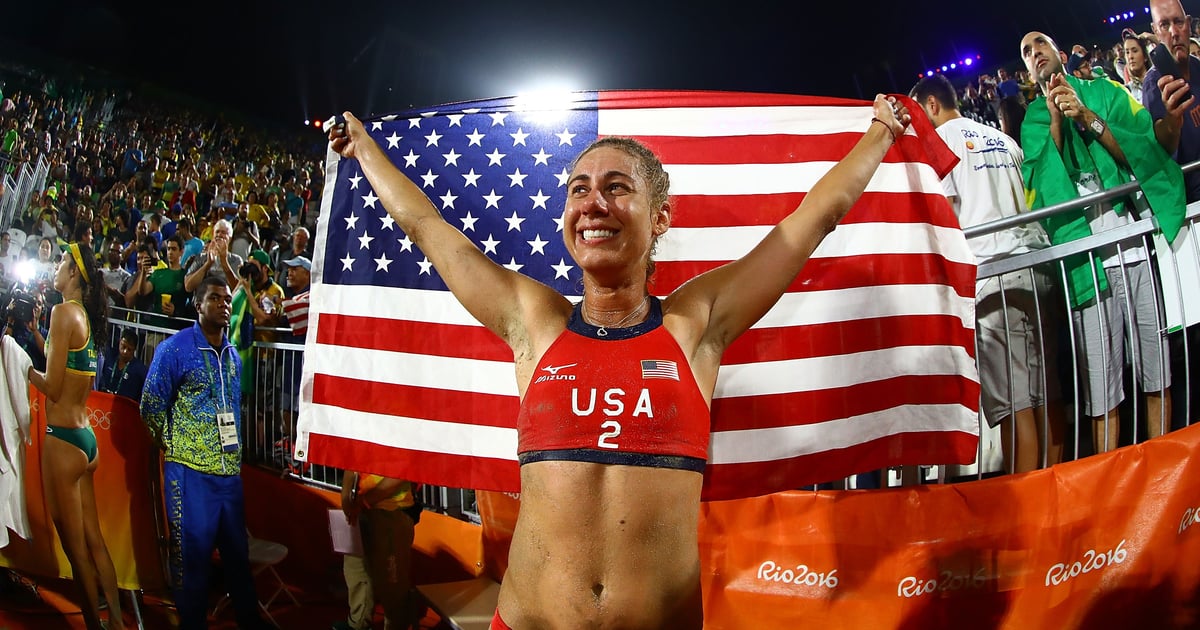 Beach volleyball player April Ross made her Olympic debut at the 2012 London Summer Games, but she’s been bumping, setting, and spiking for more than 20 years. During her time at the University of Southern California, Ross led the women’s indoor volleyball team to back-to-back National Championship titles, while also training with the indoor US Women’s National Team. After graduation, she took her talents to Puerto Rico, where she played for three years and suffered serious injuries in her knees and shoulders. She returned home to Orange County, CA, in 2006, and traded in her indoor volleyball shoes for sand and a two-piece. The rest is history.

Ross spent the next six years dominating beach volleyball alongside partner Jennifer Kessy. Together, they won 30 International Volleyball Federation (FIVB) medals, 10 of which are gold. The duo went on to compete at their very first Olympics in 2012, where they took home the silver. In 2013, their partnership ended and Ross teamed up with three-time Olympic gold medalist Kerri Walsh Jennings. At the 2016 Rio Olympics, they won bronze.

The 2021 Olympics in Tokyo are around the corner, and Ross is in full preparation mode. She’ll be hitting the sand this summer with Olympic newcomer, Alix Klineman, who she began playing with in 2018. In the short time they’ve been partnered, Ross and Klineman have proven that they’re a force to be reckoned with. We’re excited to watch the pair compete in Tokyo, but until then, keep reading for some fun facts you may not know about this two-time Olympic medalist.