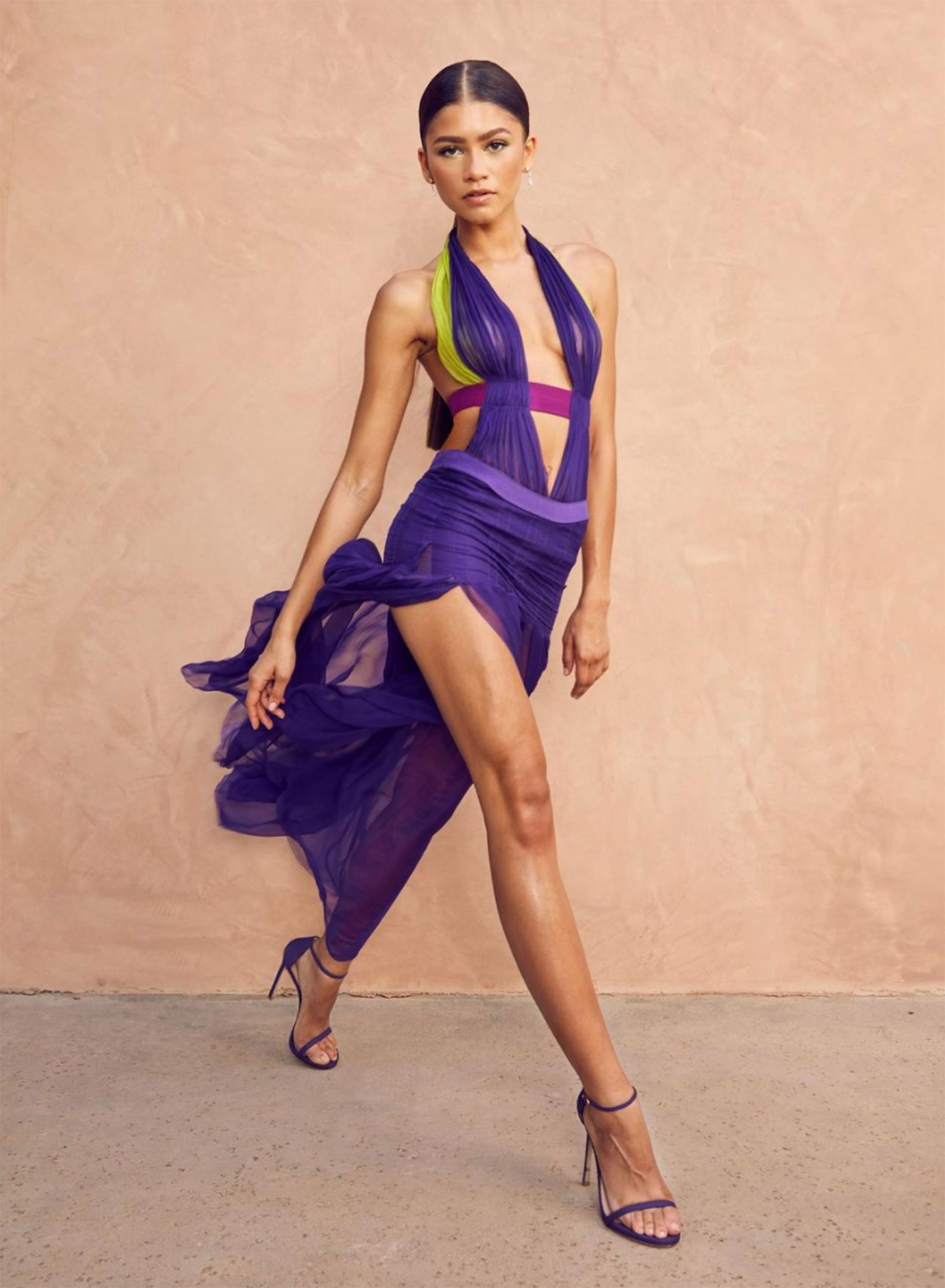 In archival Versace, no less!

Cue the wind machine — Zendaya is back with another jaw-dropping celebrity fashion tribute, this time to none other than Beyoncé.

Two months after channelling Cher in highlighter yellow Valentino at the 2021 Oscars, the Euphoria star turned it out at the 2021 BET Awards in Los Angeles with an epic nod to Ms. Knowles. Styled by longtime collaborator Law Roach, Zendaya wore an archival Versace look to the in-person event that was once worn by Beyoncé herself. “Paying homage to the Queen Beyoncé wearing @versace SS2003 ….. get you a stylist with a ARCHIVE!!!!” wrote Roach on Instagram.

Queen Bey wore a mini-dress version of the cut-out gown to perform “Crazy in Love” at the 2003 BET Awards, an event that also marked her debut as a solo artist. Beyoncé performed her first post-Destiny Child hit with her soon-to-be husband Jay-Z (the pair got married in 2008) in the ethereal purple dress from Versace’s spring 2003 collection.

Zendaya wore a longer version of the gown with over 31 carats of Bulgari yellow and white diamonds and purple Stuart Weitzman heels. The 24-year-old star kept her beauty look simple with glossy lips and a long, sleek, center-parted ponytail.

The 2021 BET Awards were a fashionable affair, with other high-fashion moments including Lil Nas X in Richard Quinn, Lil Kim in Prada and Cardi B in Dolce & Gabbana — to announce her second pregnancy, no less.

As the saying goes, Zendaya (and Law Roach) always understand the assignment.