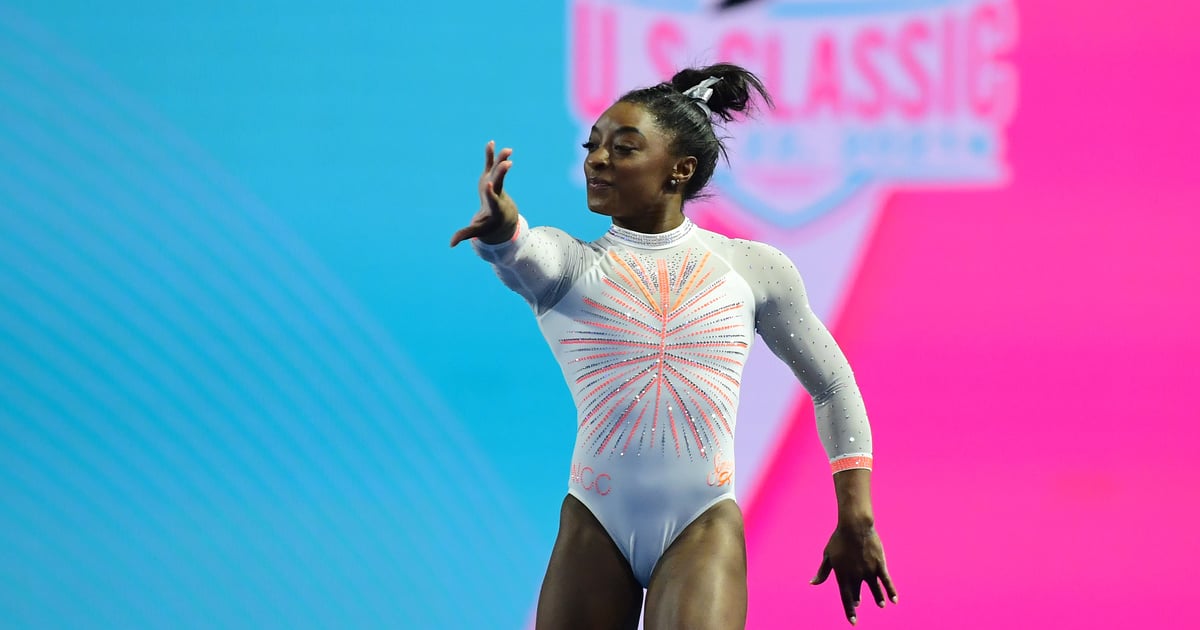 Simone Biles makes gymnastics, a sport known for its four-inch beam and gravity-defying tumbling, look easy. Her eight-year all-around winning streak continues, and that alone — and the fact that she is the most decorated gymnast in World Championship history — classifies her as the GOAT. On top of that, and many more records, she does skills that no woman has done before. And, when you land these skills at a major competition (a World Championships or an Olympic Games, for instance) they name them after you.

If all goes as planned, Biles will be heading to her second Olympic Games this summer, and the 24-year-old has four signature skills bearing her name: two on floor (Biles and Biles 2), one on vault (Biles), and one on beam (Biles). That count, however, could increase to five skills if she does her new Yurchenko double pike vault in Tokyo.

Ahead, check out footage of the moves named after Biles so far, as well as the fifth potential skill she could claim. Each is given a difficulty value in the Women’s Artistic Gymnastics Code of Points — numerical values for vaults and letters for skills on every other event — or a provisional value, in the case of Biles’s Yurchenko double pike. She continues to defy the odds and challenge what is possible in the sport’s rulebooks.