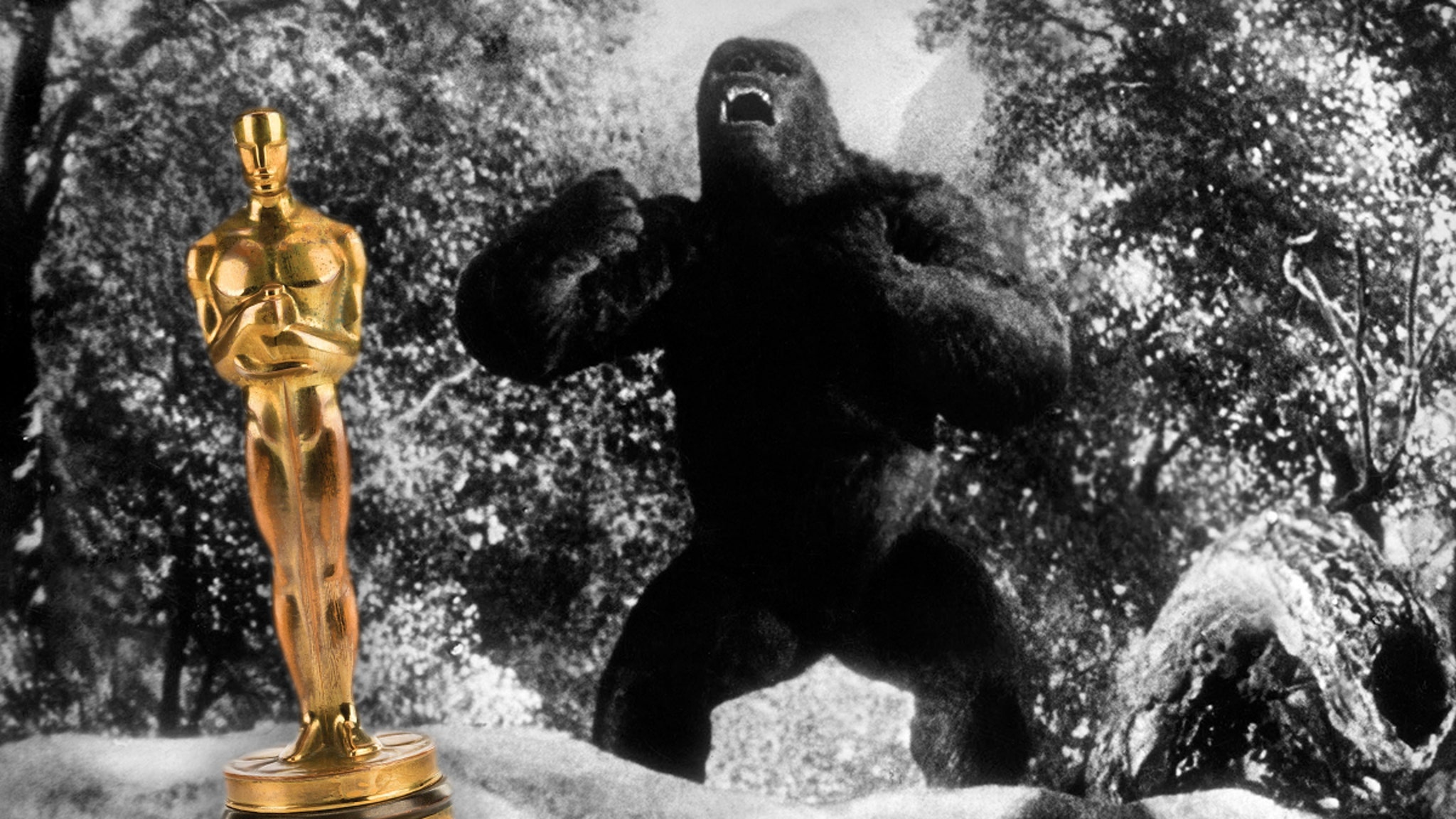 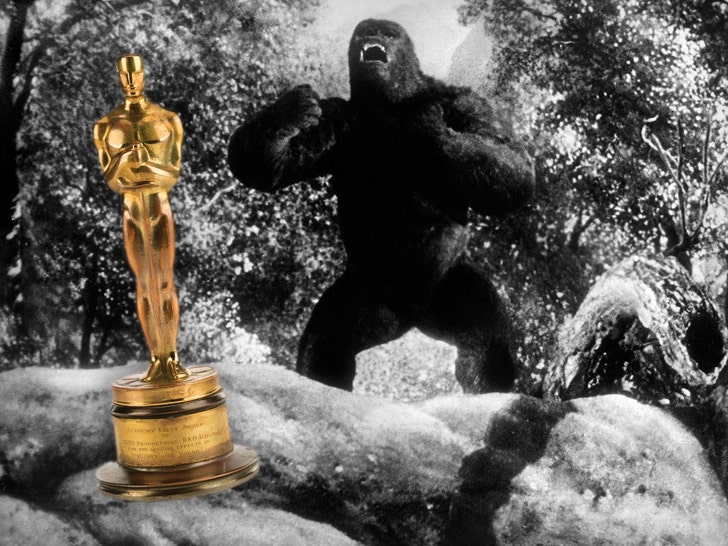 There’s a rare piece of movie history going up for auction … the 1949 Oscar trophy for Best Special Effects for “Mighty Joe Young” … and it’s expected to fetch a fortune.

It’s not often you see Oscars on the auction block … the Academy of Motion Picture Arts and Sciences loathes seeing its trophies sold, but this one falls outside of the rules preventing the sale because it’s neither personalized nor engraved.

Willis O’Brien won this vintage Oscar trophy for his groundbreaking special effects work in the original “Mighty Joe Young,” when he transformed a bunch of wood, tar paper and old toupees into an 80-foot gorilla.

Willis famously turned down the first Oscar the Academy offered him for his work on “King Kong” in 1933 — he wanted a trophy for everyone in his crew.

When ‘Mighty Joe’ won for special effects, Academy rules called for the producer, Merian C. Cooper, to receive the statuette and he did. However, Merian never got his name engraved on it, because he really wanted Willis to have the Oscar.

So, he essentially slipped him the award under the table, and since it’s not personalized and the award was given before the 1951 rule … it’s able to go up for sale.

The statuette is hitting the auction block July 16 as part of Heritage Auctions’ Entertainment Memorabilia sale … and we’re told the Oscar is expected to fetch $500,000.

There are lots of other big-ticket items going up for auction too … including a “King Kong” plaster head from 1933, Elton John‘s Steinway Model D grand piano, Evel Knievel‘s motorcycle from “Stratocycle” and Marilyn Monroe‘s dress from “The Seven Year Itch.”