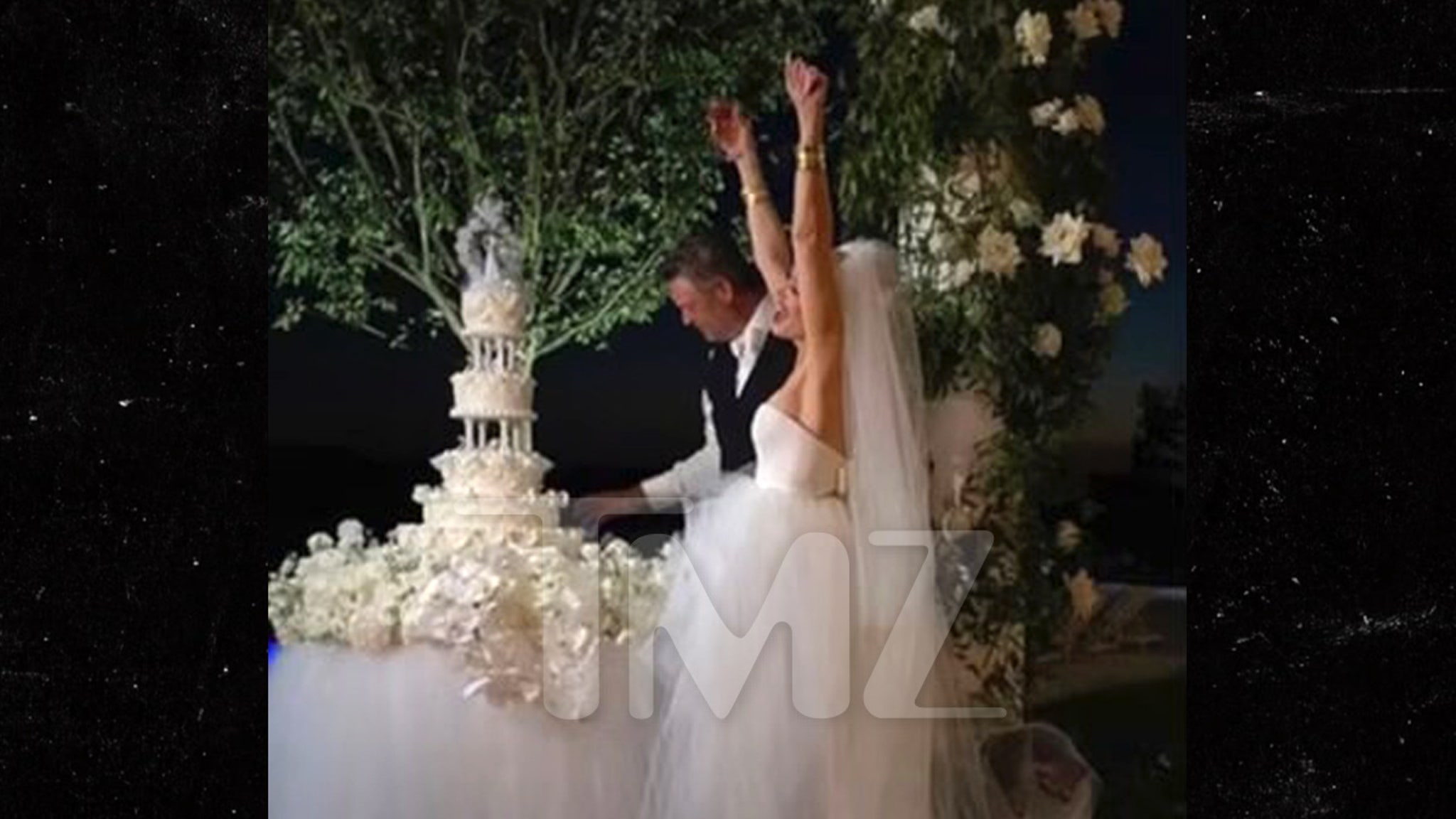 Gwen Stefani and Blake Shelton are hitched — tying the knot in a private ceremony this weekend in Oklahoma … and TMZ’s got one of the first shots of the bride in her dress, as well as what appears to be their first dance!

The longtime ‘Voice’ couple said “I do” Saturday during an intimate gathering at Blake’s OK ranch, where he’s said to have built a chapel just for this occasion. Unclear just how many people were in attendance … but it appears to have been a pretty small guest list.

As for Gwen … well, she was glowing in her white gown, a photo of which we’ve obtained from the day of. As you can see, she was quite ecstatic … throwing up her arms as if she’d just won a race. Considering how long they’ve been dating — that may well be true.

Gwen and Blake first got together back in 2015, after having met on the singing competition show … where they both serve as judges. It might have been love at first sight … because they were pretty much tied to the hip after that, finally getting engaged just last year.

Blake popped the question in October … and they just showed their cards on when they planned to walk down the aisle. TMZ broke the story — the Sheltons obtained a marriage license last week … which indicated they’d be getting married any day now.

Looks like they did it the day before 4th of July … as Blake had singing duties to attend to on the holiday itself. A delayed honeymoon, no doubt — but we’re sure they’ll be off somewhere soon enough. They sure looked madly in love during a dance between the mister and missus on Saturday, so something tells us they’re gonna wanna get back to that feeling ASAP.

Oh, and we forgot to mention … there’s a stealthy photobomber here in these shots —  tell us if you can spot ’em. They may or may not be on all fours somewhere near the ground. 🐶