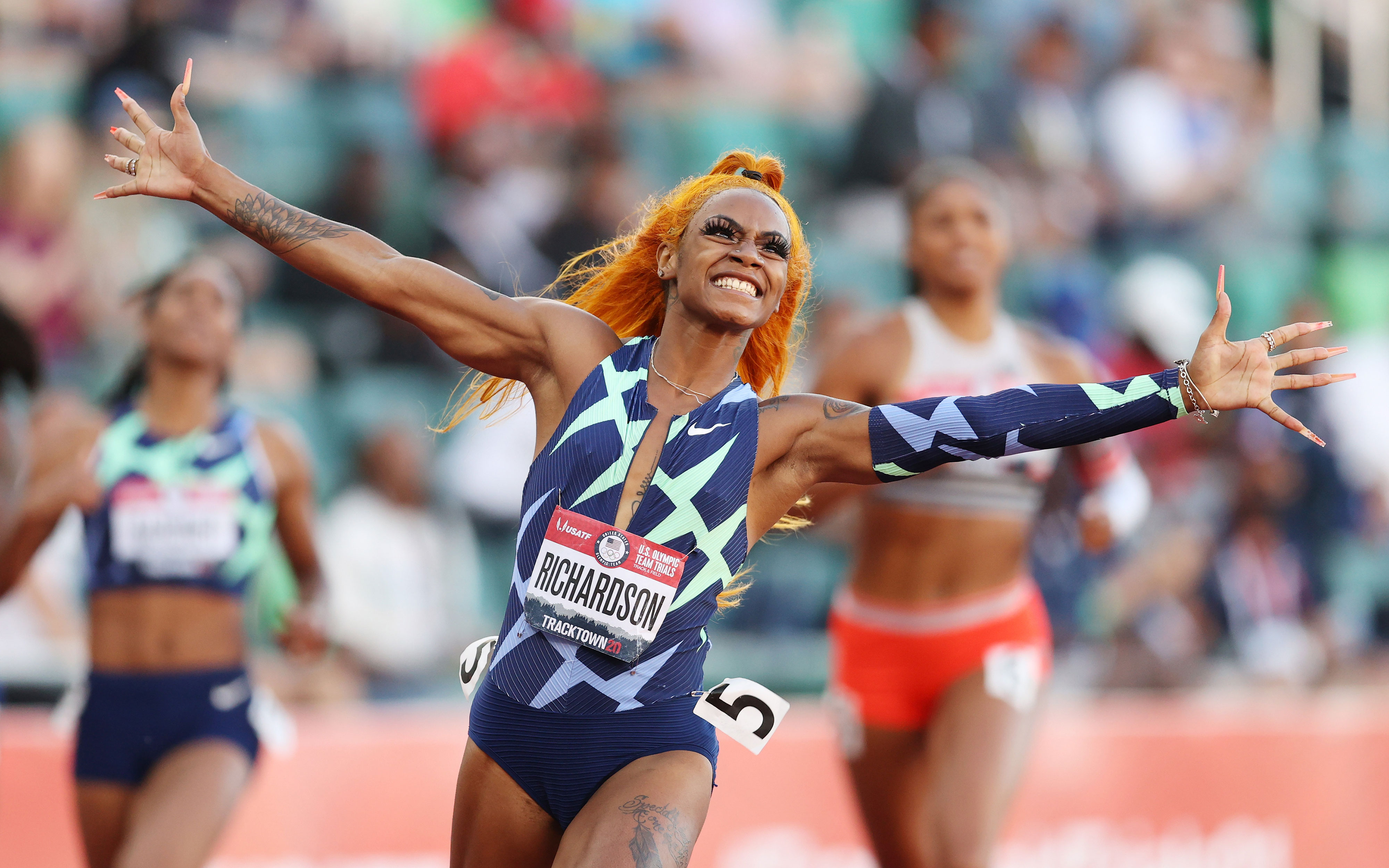 Richardson has been suspended for testing positive for THC, a punishment many are saying is based on outdated and discriminatory laws.

American athlete Sha’Carri Richardson made headlines last month when she won the women’s 100-meter race at the U.S. Olympic track and field trials in Eugene, Oregon. The 21-year-old hugged her grandmother in the stands after finishing the race in just 10.86 seconds. This victory secured her a spot at this month’s Tokyo Olympics — that is, until the United States Anti-Doping Agency (USADA) announced she is suspended from attending the Olympics after testing positive for THC, a chemical found in cannabis.

Her month-long suspension started June 28, and though Richardson will technically be eligible to return to competition just before the track and field events begin on July 30, the positive THC test erased her Olympic trials performance victory.

Cannabis is on the World Anti-Doping Agency’s list of prohibited substances, which United States Olympic & Paralympic Committee (USOPC) and USADA adhere to. According to USADA, the substance is prohibited because it can be performance-enhancing, it can put athletes at risk due to “slower reaction times,” and it is “not consistent with the athlete as a role model for young people around the world.”

This decision has sparked an impassioned reaction on social media, with the trending hashtag #LetHerRun being used to show support for Richardson. Celebrities like Cardi B, Seth Rogen, and American Congresswoman Alexandria Ocasio-Cortez have spoken out about how this decision is unfair. “[USADA’s] decision lacks any scientific basis. It’s rooted solely in the systemic racism that’s long driven anti-marijuana laws,” said Ocasio-Cortez in a series of tweets.

In Oregon, where Richardson tested positive, cannabis is legal. Many are calling the USADA rules outdated and rooted in inherently racist policies. The criminalization of cannabis was spearheaded by the U.S. government beginning in the 1970s and led to the heavy policing and subsequent incarceration of Black and Brown communities. While individual U.S. states are increasingly legalizing the substance, many are still in prison on marijuana charges and federally implemented anti-marijuana laws persist.

In an interview with NBC’s Today, Richardson explained that she took the substance to cope with “emotional panic” after learning about her biological mother’s passing. This situation comes just a few weeks after tennis star Naomi Osaka withdrawal from the French Open due to mental health struggles, and points to a general lack of mental health support for young athletes, specifically Black women.

In this same week, swim caps made for natural Black hair were rejected for use in the Olympics by the International Swimming Federation, and two Black female sprinters from Namibia were ruled ineligible to compete in the women’s 400-meter-race at the Olympics due to naturally high levels of testosterone.

“A positive test for any banned substance comes with consequences,” read a statement from the USOPC, in part. “We are dedicated to providing Sha’Carri the support services she needs during this difficult time.” But these words are not reflected in action. By banning Richardson without taking into account any nuance of the situation, or revisiting why these laws are in place, institutions of power such as the Olympics continue to perpetuate rules that disproportionately target marginalized communities.