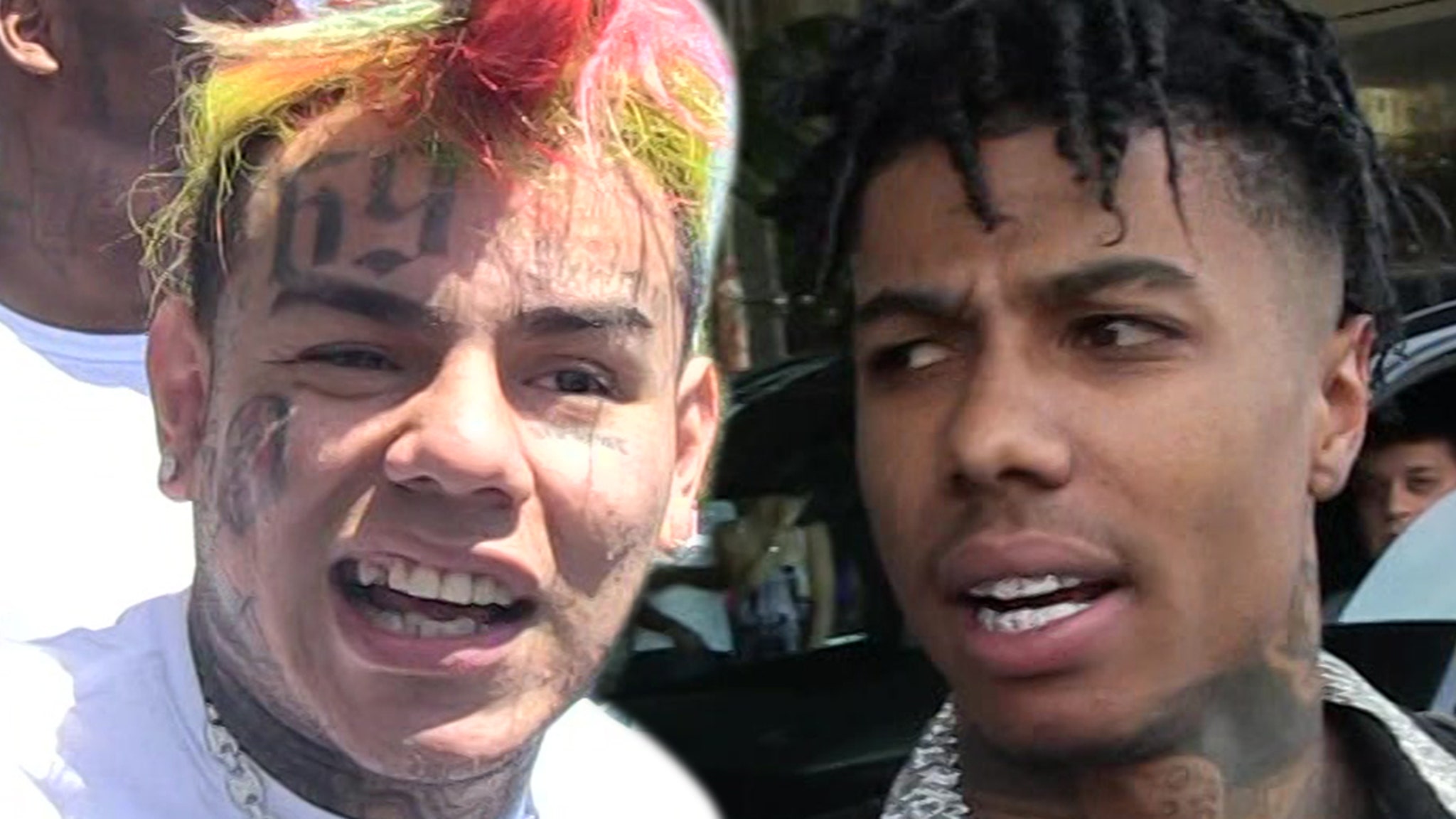 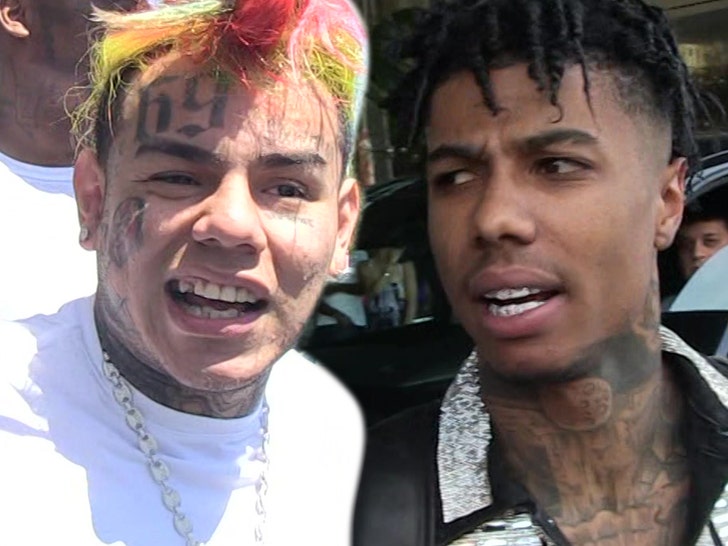 Tekashi69 is back on his grind to be the Internet’s #1 celeb troll, and this time he’s targeting Blueface over a fresh tattoo.

So, get this … Blueface recently got a tattoo on the side of his head and it raised a lot of eyebrows because the precious real estate the “Bleed It” rapper carved on his dome was reserved for his celebrity jeweler … NYC Luxury.

The clowning was swift … and Tekashi got right in the mix by chiming in on DJ Akademiks‘ IG post with not-so-veiled comments implying Blueface is broke and can’t pay for his bling.

Tekashi wrote, “He definitely owed them money for unpaid jewelry” … followed by “NYC Luxury” and a bunch of laughing and skull emojis, as in … dead ass laughing.

Not helping matters is the fact Blueface — who already sports Yves Saint Laurent and Corvette logos on his head — doesn’t exactly look thrilled with the finished product. 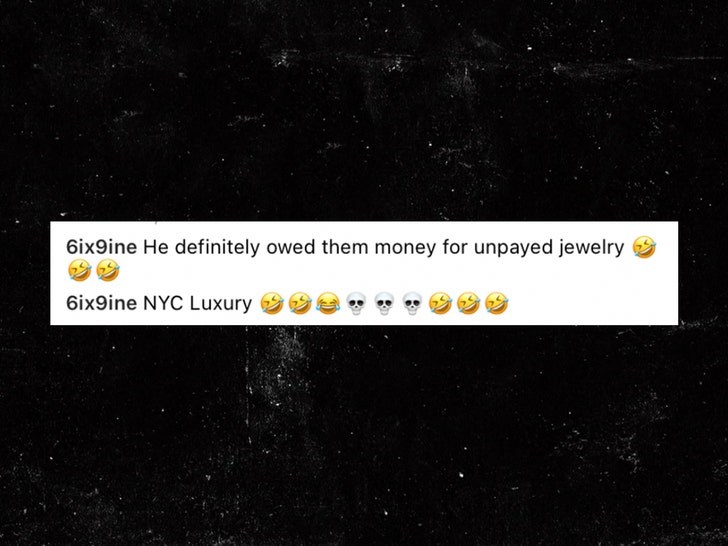 In any event … the trolling is a far departure from when Tekashi vowed a little over a year ago to be on his best social media behavior after being sprung from prison early.

TMZ broke the story … Tekashi’s attorney, Lance Lazzaro, said the rapper wouldn’t start beef or troll other artists because the feds would be watching. Sure, 69 has no restrictions regarding his social media use … but he still vowed not to post anything inflammatory.

That all seems to be out the window. Remember, Tekashi nearly came to blows with Meek Mill in Miami earlier this year … and now this. It’s also pretty ironic for 6ix9ine, of all people, to be commenting about anyone getting ink on their face or head. Pot and kettle much?

Something tells us Tekashi won’t be invited to Blueface’s restaurant anytime soon.