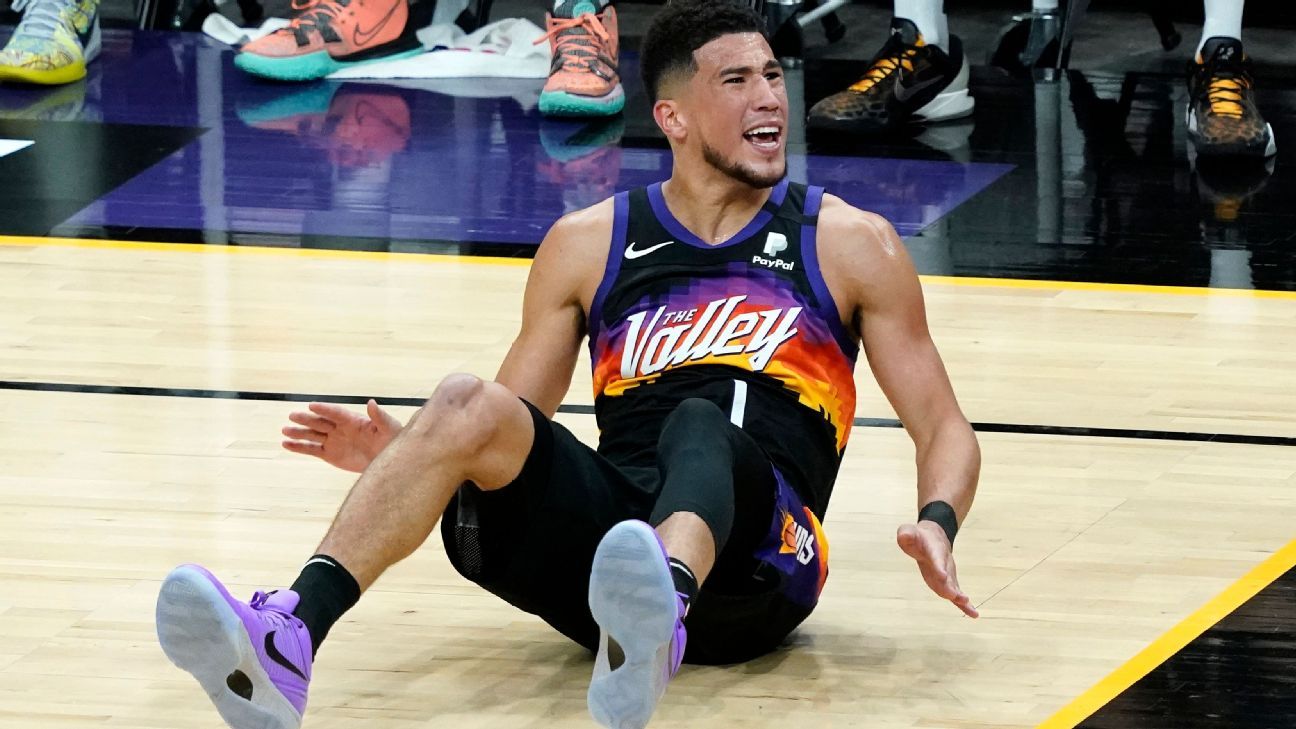 PHOENIX — Should the Suns win three more games against the Milwaukee Bucks to win the NBA championship, Phoenix’s young star Devin Booker won’t be going to Disney World to celebrate. He’ll be flying halfway around the world to join Team USA to play more basketball at the Tokyo Olympics.

Booker confirmed Wednesday that should the NBA Finals, which Phoenix leads 1-0 after Tuesday’s 118-105 win over the Bucks, extend to a Game 7 on July 22, he would get on the first available flight upon the completion of the series to be in Saitama, Japan in time for the U.S. team’s first game against France on July 25.

“Next [plane] smoking. I’ll be there,” he said. “I’ll be there. But obviously not my main focus right now. I’ve reached out to Coach Pop [Gregg Popovich], I reached out to [Jerry] Colangelo just recently and then I told them I saw all the guys reported to Vegas, and any other place I would rather be is the Finals, but I would love to be there with the guys and I’ll be there soon.”

USA Basketball convened Tuesday at the Mendenhall Center on the campus of UNLV to begin its 13-day training camp in preparation for the Olympics, which will include exhibitions against Nigeria, Australia, Argentina and Spain.

Booker, 24, who was a member of the USA Select team that trained with the Olympic team in 2016, elaborated on how much being a part of the official team means to him this time around.

“Very important. Life goal of mine,” Booker said. “I’ve always said, I think it’s the most prestigious event that basketball can find. So to be a part of representing your country I think brings you to a whole another stratosphere. Just thinking of the guys that have come before us and represented our country, and I don’t think there’s anything better than winning a gold medal.”