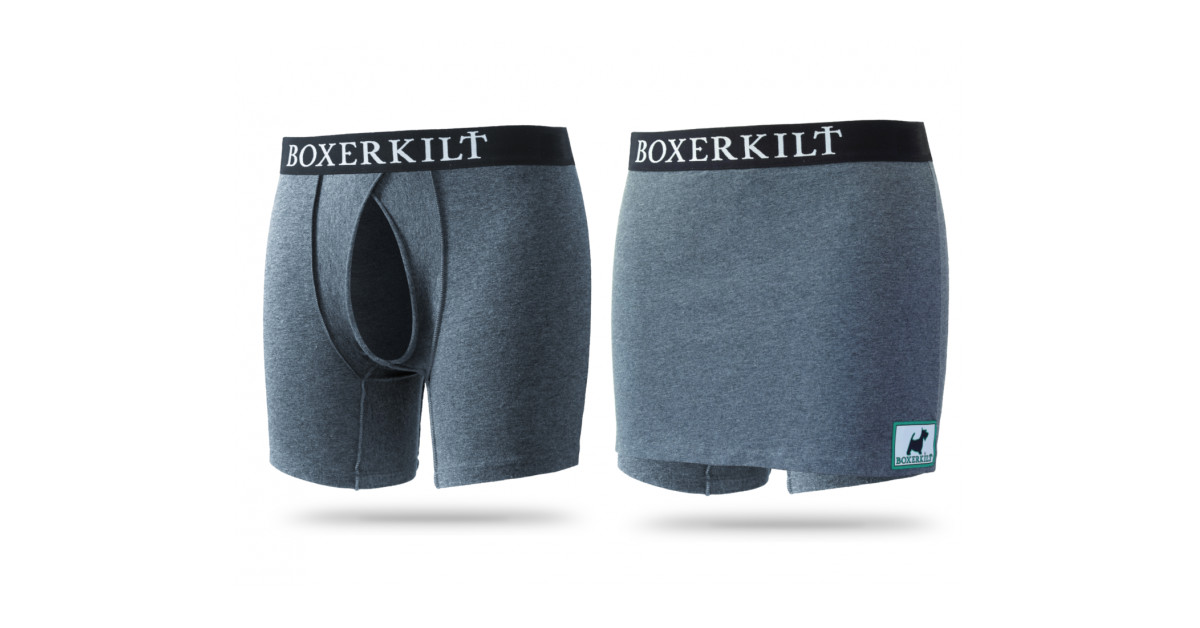 Any Doctor will tell you; tight-fitting underwear is not healthy, so why are boxer briefs the number one choice for most men today?

June 27, 2021 – Boxerkilt ® is proud to announce the release of a totally new type of underwear for men.

Men’s underwear has not progressed since John Varvatos created boxer briefs whilst working for Calvin Klein in the 90’s and since then, the choice has been between loose-fitting underwear or tight-fitting underwear, boxer shorts being on one side of the choice and briefs or boxer briefs and being on the other side. Now men have a third choice, the Boxerkilt; in place of a restrictive pouch, the Boxerkilt has a soft edgeless opening that allows the male member and testicle to maintain a wholly natural position and temperature.

“Most men prefer snugly fitting underwear rather than healthy boxer shorts, mainly because boxer shorts feel bulky and are prone to ride up and need adjustment, and around 5% of men regularly skip the underwear altogether, this is commonly known as “Going Commando” or “Free Balling” going commando is not a fashion statement, it is basic ergonomics with health benefits,” said a spokesperson for Boxerkilt. “Testicles are designed to operate at temperatures more than three degrees lower than the steady 37 degrees of core body temperature, which is why they hang outside the body; this is nature’s way of protecting the sperm from being damaged by core body heat; however, wrapping them in two layers of elasticated cotton is not the best idea.”

A typical pair of boxer briefs’ pouch segment bunches up the male member and testicles into a central clump, insulating them and preventing them from reaching the required temperature reduction. The pouch segment also constricts the cremaster muscle, which is responsible for raising and lowering the testicle.

5% of men find going commando to be a comfortable and healthy alternative to wearing any kind of underwear, chafing for some is a problem. For others, it is a hygiene issue. Still, all men will agree, that regularly skipping the underwear can create the fear that one day they might forget to close the zipper. This simple mistake could turn into a spectacularly unforgettable faux pas.

The Boxerkilt has been designed to combine the advantages of snug-fitting boxer briefs together with the health benefits of going commando. The traditional Scottish Kilt is the inspiration for the Boxerkilt in that it the kilt renowned for being worn without any underwear; just ask any true Scotsman.

A Boxerkilt is made with dense 190GSM “Coolwick” fabric, a 50/50 blend of bamboo and cotton, which creates an exceptionally soft but durable garment that excels at wicking away moisture.

At Boxerkilt, we are looking for publications, broadcasters, and influencers whose readers, viewers, and followers would be interested in independent test reviews. To receive a Boxerkilt for testing, make contact at shop@boxerkilt.com. For more information, visit boxerkilt.com or follow us on Facebook or Instagram.