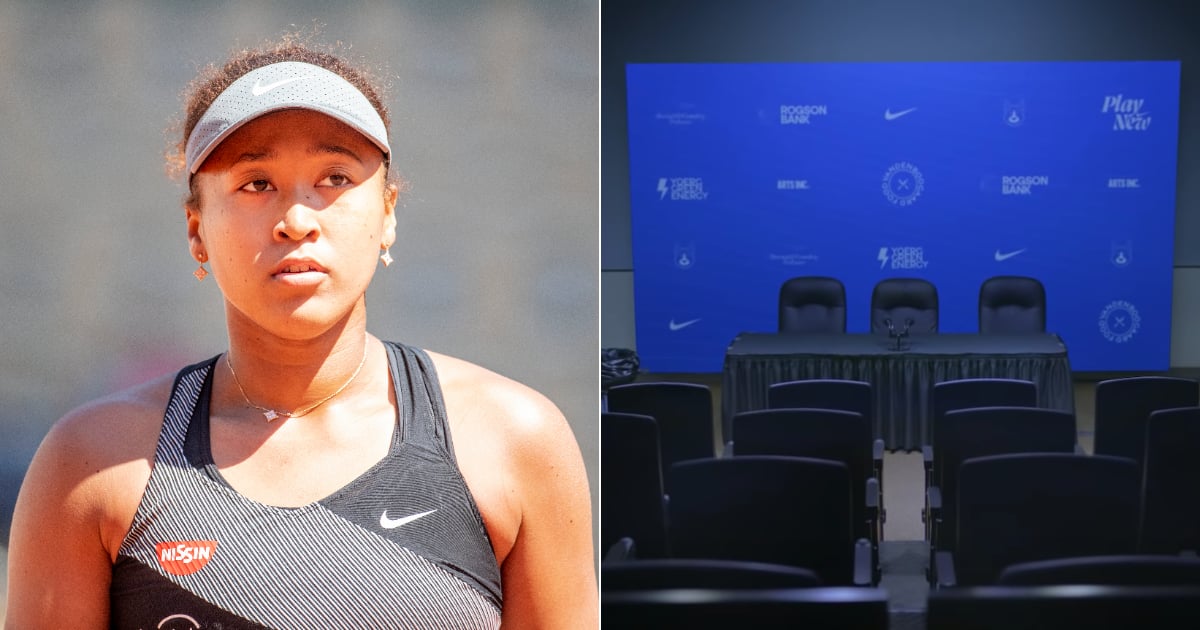 Naomi Osaka is one of Nike’s most famous athletes (four Grand Slam wins, activist for racial justice, fashion icon, we could go on) but she doesn’t appear in the brand’s newest “Best Day Ever” ad . . . not in-person, that is. The tennis star makes her presence known, though, if you pay close attention.

Around 0:24 in the ad above, the video flashes to an empty press conference room with a back wall featuring Nike swooshes and a crest that looks a lot like Wimbledon’s. A custodian moves slowly across the space as the voiceover says, “Tomorrow, we will all finally respect athletes’ mental health.” Just from the quote, you might guess that this is a reference to Osaka, who recently withdrew from the French Open following controversy over her decision to opt out of press at the tournament. Osaka subsequently skipped Wimbledon as well. But while the mental health line alone could refer to many athletes who have spoken about the issue, the video of the empty press conference room makes it a more pointed shoutout to Osaka. The tennis star noted that post-match press briefings in particular were harmful to her mental health, and she was given a $15,000 fine for skipping one at the French Open.

The reference makes sense in this ad, which is focused on the concept of “tomorrow”: trying new things, innovating, achieving, changing the world, all of it could be possible tomorrow.” A shoe will grow from a seed . . . a woman will run a marathon on Mars.” It’s good to see Osaka getting some backup on her mental health stand — now let’s just hope the universal respect comes sooner than the marathon on Mars.