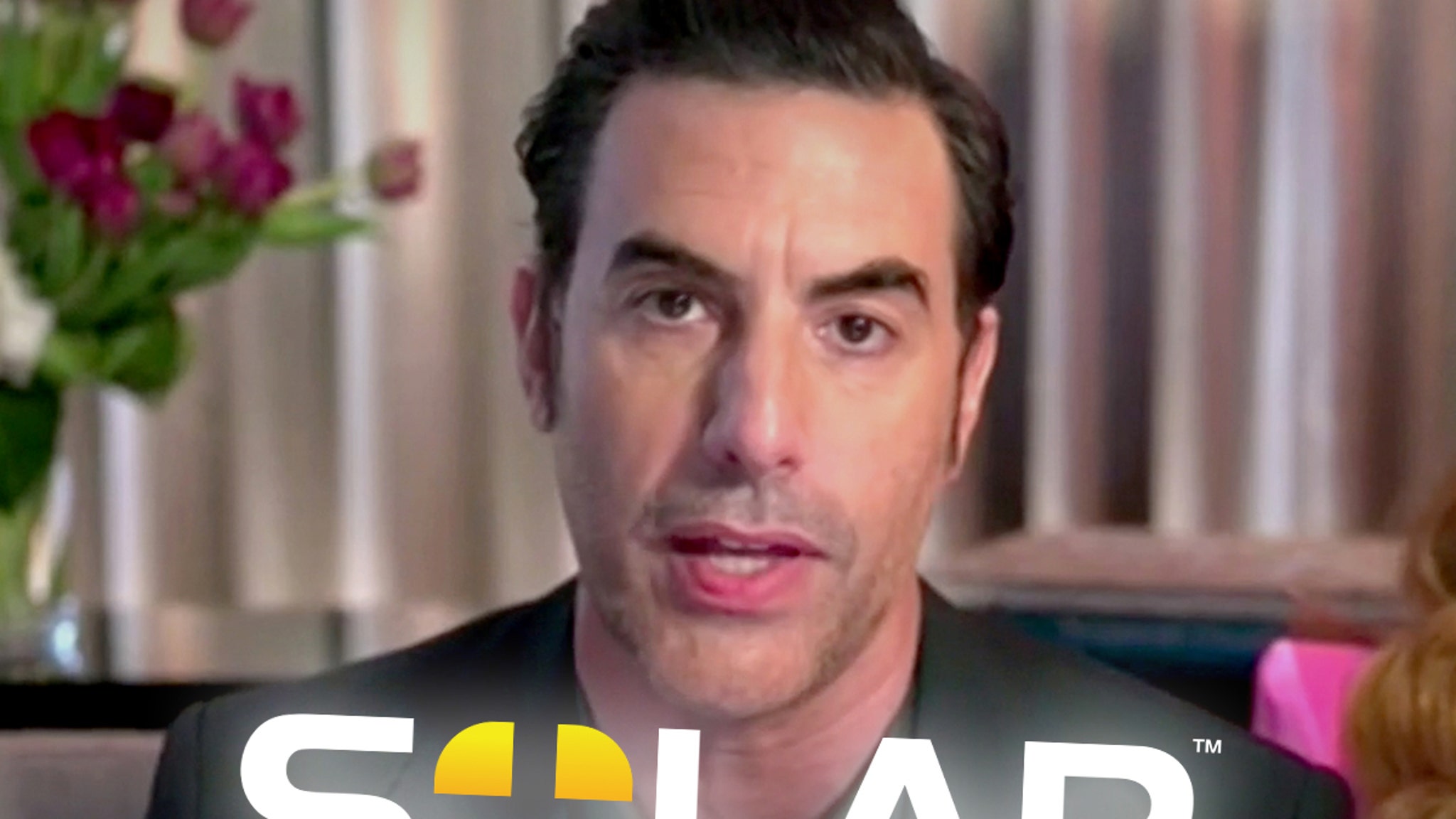 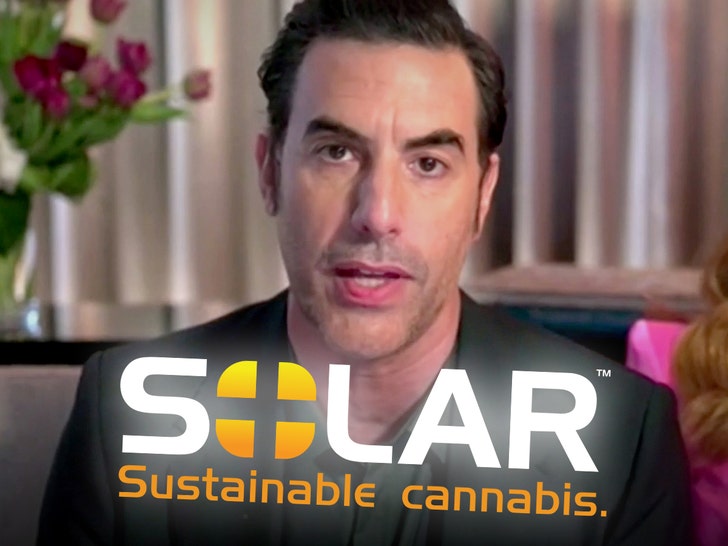 Sacha Baron Cohen is pissed at a cannabis company he claims is plastering his “Borat” character on one of its giant billboards … and now he’s suing over it.

The actor filed suit against Solar Therapeutics, where he alleges the company is using his famous persona to sell medical marijuana in Massachusetts … where Borat’s face appears on the advertisement, next to one of his trademark lines, “It’s nice.”

Well, Sacha doesn’t think it is. 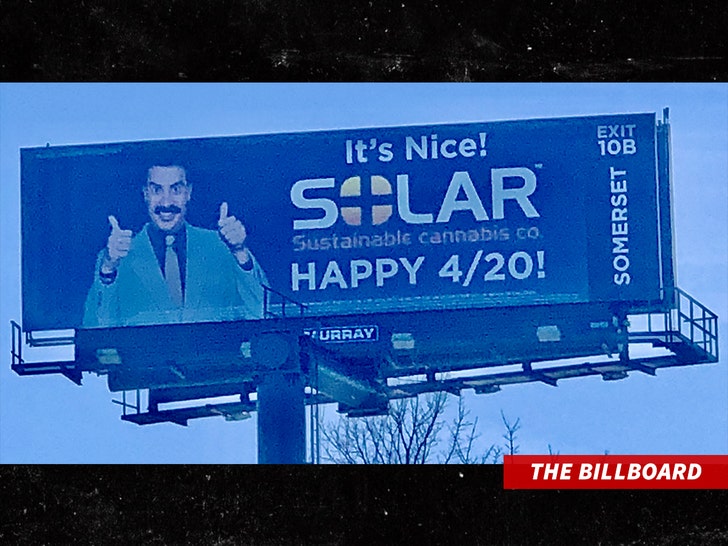 According to the docs, obtained by TMZ, Sacha claims Solar Therapeutics is pulling a fast one by using Borat on the ad — which stands next to an interstate — because he has no connection whatsoever to the company.

In fact, Sacha says he doesn’t even smoke weed — a major bummer to many “Borat” fans, we suspect — and would never join an ad campaign for pot. No offense to those who do indulge, we’re sure.

Sacha is going after the cannabis company for at least $9 million in damages … and he wants the court to block Solar from using his name, image and likeness to hawk its products.