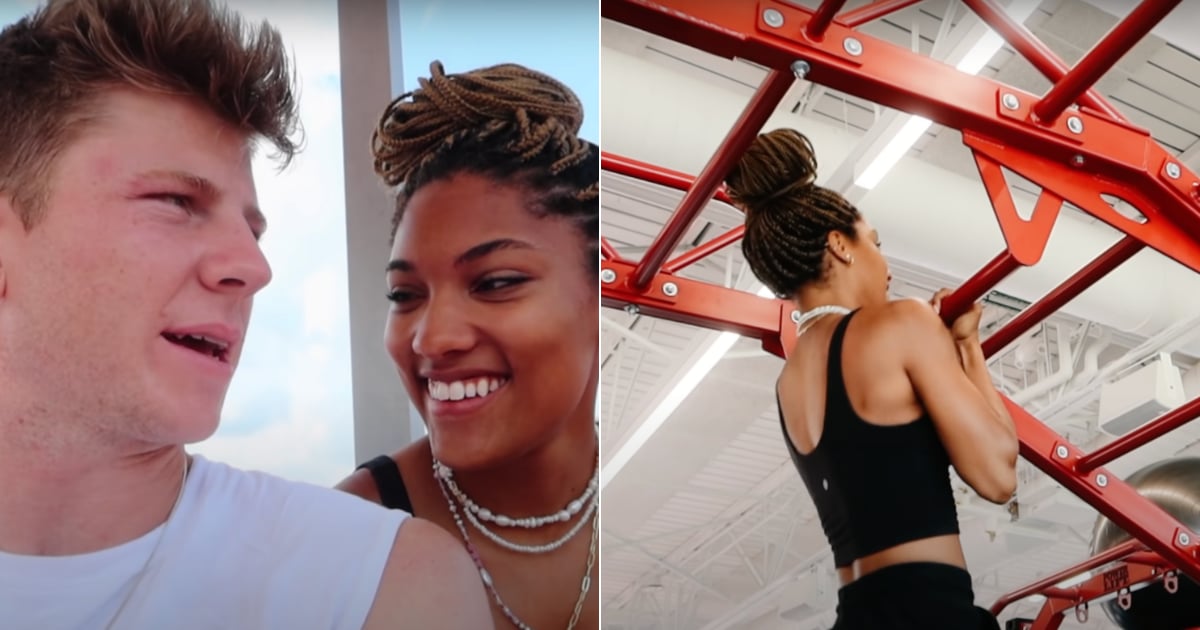 Tara Davis qualified for the Tokyo Olympics in the long jump. She’s a University of Texas transfer who is the collegiate indoor and outdoor women’s long jump record holder, and her reaction to securing a trip overseas was one of genuine joy. Her boyfriend of more than four years, University of Arkansas All-American Hunter Woodhall, heads to his second Paralympic Games this summer and is set to compete in the Tokyo 100m and 400m dash. In other words, they’re off to Tokyo together!

The pair, both 22, did long distance for the duration of their relationship, though they told Insider they plan to officially move in together after the Games. They also noted that they had to learn to respect each other’s training schedules as student athletes. And when it comes to training alongside one another, they’re pros.

On July 8, they posted a vlog to their joint YouTube channel showcasing how they train on the track and in the weight room as newly qualified Olympic and Paralympic athletes. It was their first session back since Olympic and Paralympic Trials, and the 15-minute video follows them through strength training — Davis does some dynamic dumbbell exercises and chin-ups, Woodhall executes box jumps, and they both get in some barbell work — and outdoor running drills.

Other highlights from their vlog include Woodhall’s track warmup around three minutes and 50 seconds into the video, Davis’s ab circuit at 11 minutes and 50 seconds, their favorite recovery tools toward the end of the footage, and the adorable in-between banter we have the pleasure of hearing throughout. “We get the job done, you know?” Woodhall declares mid-video, to which Davis replies, “Yeah, we do.”

Above, watch them motivate each other to clock in their reps, and prepare yourself to cheer on this Tokyo-bound couple in their respective events this summer!