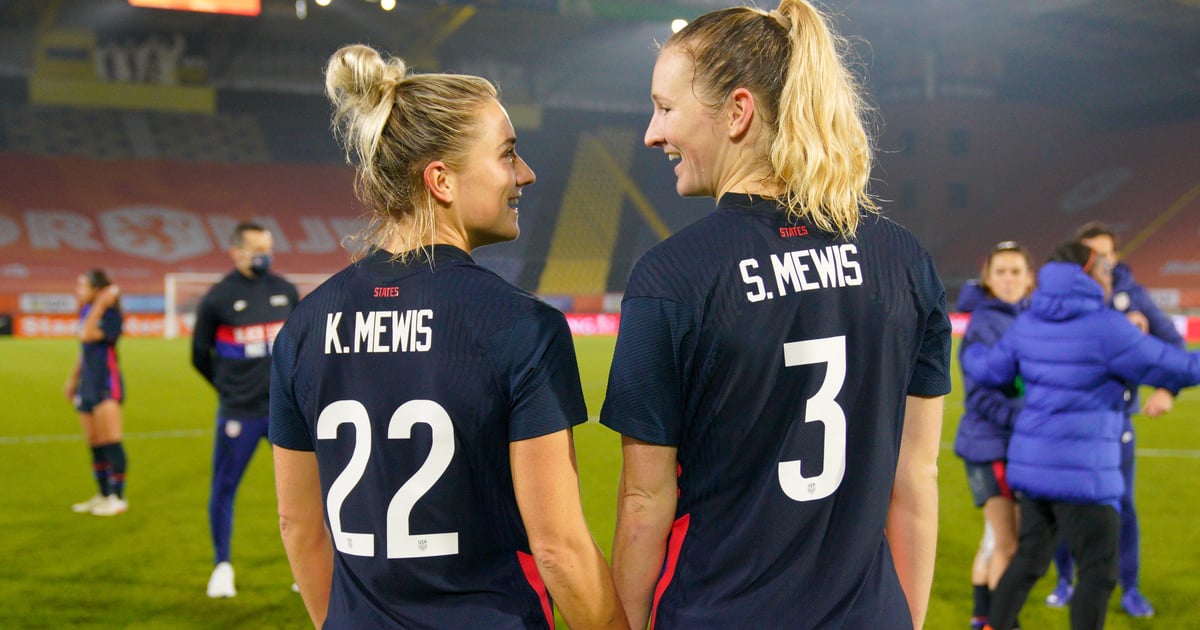 From backyard pickup games to Tokyo — Samantha and Kristie Mewis have made history as the first siblings to be named to the Olympic roster of the US Women’s National Team (USWNT).

Their journey to Tokyo started back in their hometown of Hanson, MA, where Sam credits her older sister for always pushing her and inspiring her to improve her game. The two found success in the US youth international circuit, playing together in World Cups at both the U-17 and U-20 levels. “That was awesome, because . . . on all those trips away from school, away from home, it’s tough when you’re young,” Kristie told US Soccer. Kristie made her senior national team debut in February 2013, with Sam following shortly behind, earning her first cap in March of the following year.

It was at that point that the sisters’ career paths began to diverge. After just 15 international appearances, Kristie fell off the USWNT roster and shifted her attention to her professional career in the NWSL. Meanwhile, Sam started to hold her own for both club and country, winning three NWSL championships and the 2019 World Cup. In 2020, she was named the US Soccer Female Player of the Year.

Watching Sam win the World Cup was a pivotal moment for Kristie, who after suffering a torn ACL in 2018, decided to reevaluate her future in the sport. She returned to the field for the Houston Dash with renewed purpose, earning a call-up to the national team’s training camp from new head coach Vlatko Andonovski in December 2019. Then, six years after her last cap, Kristie was subbed into a friendly against the Netherlands and came full circle with a goal in the 70th minute.

Now, as first-time Olympians (Sam was an alternate in 2016), the sisters are poised to take on Tokyo together. When they’re not competing, you can find the “relaxation specialists” lounging, watching Gossip Girl, and enjoying Dunkin. Check out some of their cutest sister moments in the gallery!