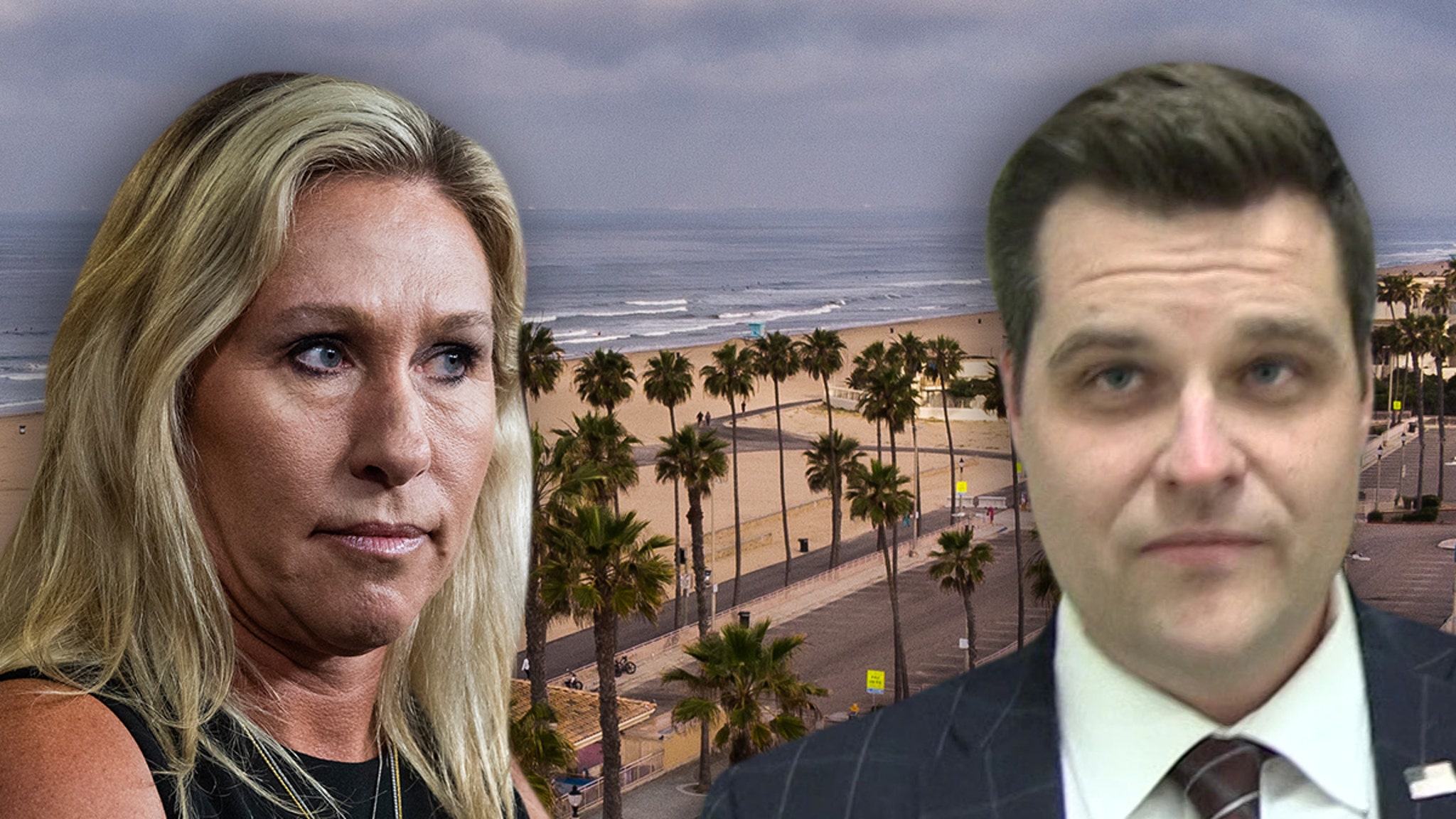 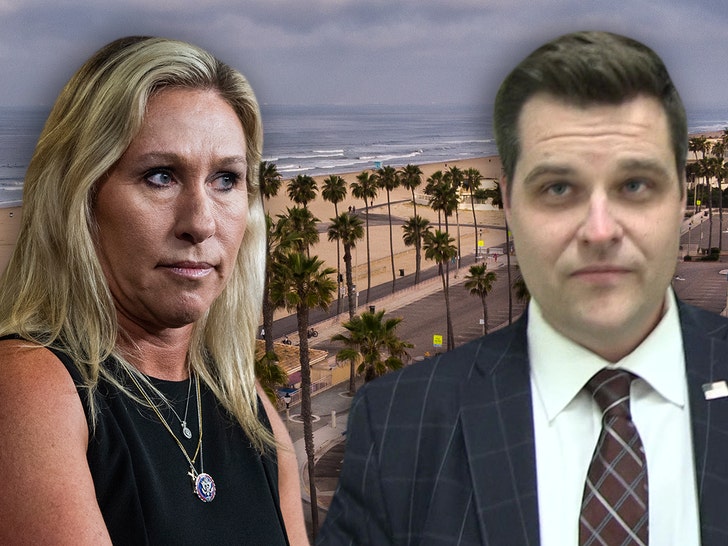 Reps. Marjorie Taylor Greene and Matt Gaetz thought they could come to a “conservative” area of Southern California to hold a rally without a problem … but boy, were they wrong.

The congressmembers were slated to appear for an “America First” fundraising rally this weekend in Orange County — just the latest stop in a series of similar events they’ve been hosting since the spring — initially booking something at a venue in Laguna Hills.

JUST IN: The “America First” rally with Reps. Marjorie Taylor Greene and Matt Gaetz that was scheduled for 6 pm Saturday at the Riverside Convention Center will not take place pic.twitter.com/c6CYfx6pdC

Once word of their event started to make the rounds online … tons of people vowed to try and get them canceled by blowing up the venue with calls, and even protesting in person if it came to it. Before that could even occur, though, the place gave Gaetz and MTG the boot … canceling their rally amid public outcry, both in and around the SoCal beachside city.

After that, they were on to Plan B … changing venues to the Riverside Convention Center. However, that too became public — and the exact same thing happened again, including Riverside honchos telling them to scram. Their final attempt would be … Anaheim.

The @City_of_Anaheim does not believe freedom represents their values, but America Last communists cancel culture does.

Me and @mattgaetz are still having a rally to show all Americans how to stand up against tyrants and bullies using our great First Amendment! https://t.co/bMOTRUueqO

They secured space at the Anaheim Event Center — but after city officials publicly disavowed their appearance (plus the fact this venue had decided to host them) the Event Center people finally pulled the plug in the 11th hour. Seems like some power lobbying was at play.

Now, it appears they’ll be hosting their rally — which is being called a protest at this point — back in Riverside … but they’ll be doing it in the streets outside of City Hall.

If anything, that’ll probably end up being even more contentious than whatever they planned to hold indoors … we’re sure counter-protesters will show up (as they always do) and confront the far right-wing politicians and their supporters face-to-face … which could get ugly. We’ll be monitoring the scene as it plays out — but something tells us cops aren’t looking forward to the storm that’s coming. Ditto for local residents, who might wanna steer clear.

Like said, this was reportedly supposed to be to raise money at first … but at the moment, it looks like Gaetz/Greene are just gonna be out there railing against “communism,” “cancel culture,” “the far left” and “the stolen 2020 election” … buzzwords they’ve been using lately.

Violent threats from BLM/Antifa were used again today to bully another venue.

We won’t back down.

Our rally is happening tomorrow night in California. pic.twitter.com/pJ8zOI8TQD

It’s pretty fascinating — these two are definitely Trump disciples, and parrot what he says too … but Trump-centered events have been allowed to go down in the OC without issue before.

On its face … it would appear Orange County considers them even more controversial than perhaps DT is/was. Their own words and (alleged) actions don’t do them any favors — MTG has invoked Holocaust comparisons to COVID regulations, and Gaetz is under investigation for sex trafficking and inappropriate relations with a minor … allegations he’s denied.