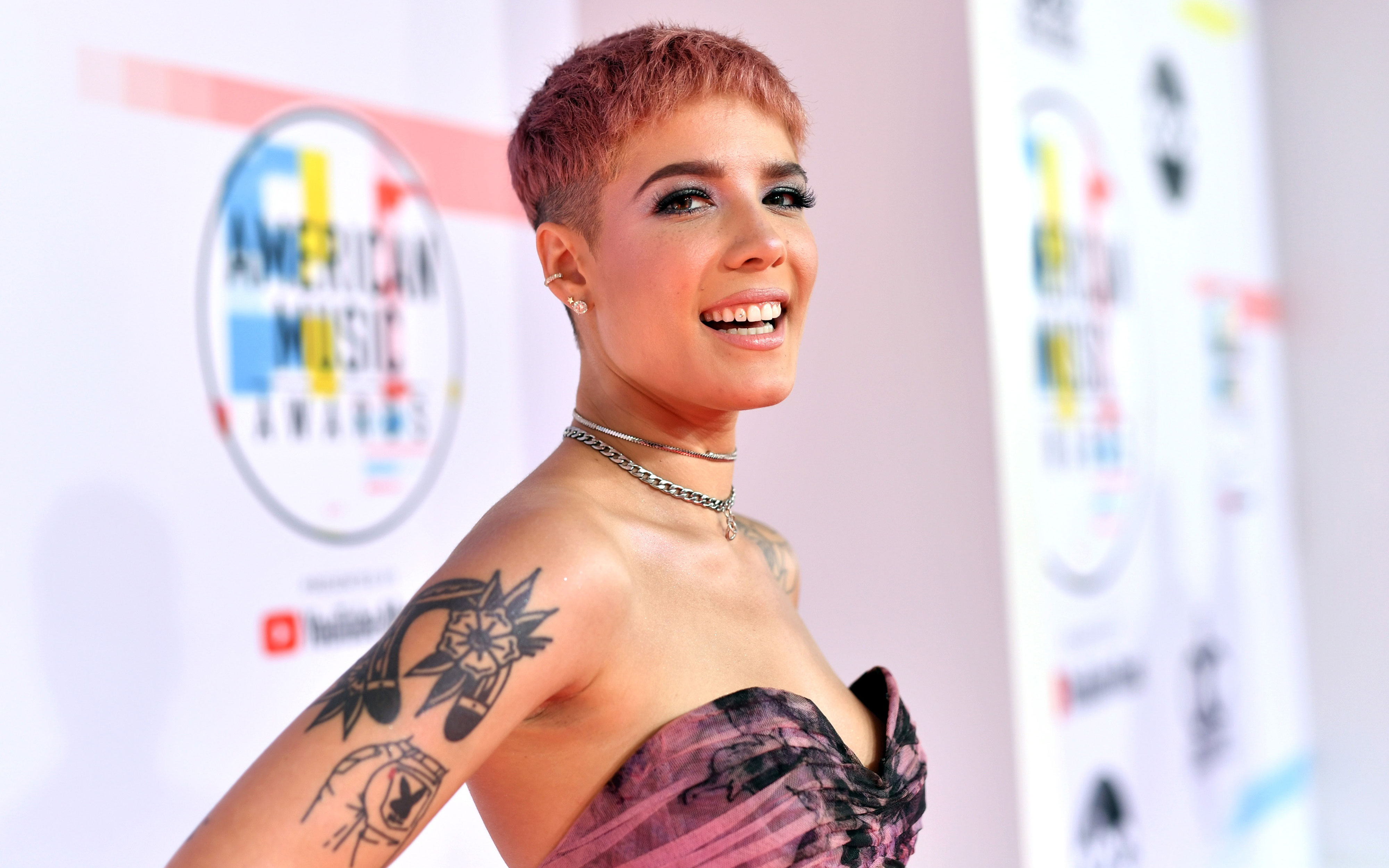 “Gratitude. For the most ‘rare’ and euphoric birth. Powered by love,” they wrote.

Halsey just announced the arrival of their first child with partner Alev Aydin. In an Instagram post shared on on July 19, the singer confirmed the arrival of their baby, named Ender Ridley Aydin, on July 14. Halsey shared two black and white photos, the first showing them caressing their newborn in a hospital bed while their partner leans in. “Gratitude. For the most ‘rare’ and euphoric birth. Powered by love,” they wrote in the caption. We’re not crying, you are!

Halsey, whose pronouns are she/they, has been dating screenwriter Alev Aydin since March 2019. The couple has been going strong throughout COVID-19, and even got matching tattoos back in June 2020. In January of this year, when the 26-year-old singer announced their pregnancy on Instagram, they revealed Aydin was the father by tagging him in the post — right on their baby bump, to be exact!

Over the past few months, Halsey shared their pregnancy journey via an assortment of adorable baby bump snaps. In February, they opened up about how pregnancy changed their relationship with their body in a lengthy Instagram caption.

“I’ve been thinking lots about my body. it’s strange to watch yourself change so quickly,” Halsey wrote under a photo dump of selfies, food pics, and an outtake of the infamous pregnancy horror film Rosemary’s Baby. “I thought pregnancy would give me very strong, binary feelings about ‘womanhood’ but truly it has leveled my perception of gender entirely.”

This was not Halsey’s first pregnancy journey. The star has shared that they’ve suffered multiple miscarriages as a result of having endometriosis, and in 2018 they decided to freeze their eggs because of it. Back in March, the singer shut down speculations about whether their pregnancy was planned, saying they’ve worked hard to make it happen. In an Instagram Story, they wrote, “My pregnancy was 100% planned, and I tried very hard for this bb. But I would be just as happy even if it were another way.”

Halsey’s pregnancy has also informed their art. The recently released cover for their upcoming album shows them sitting regally on a throne, donning a golden crown and holding a baby while one of their breasts is exposed. “This album is a concept album about the joys and horrors of pregnancy and childbirth,” they wrote in an Instagram post sharing the image. “This cover image celebrates pregnant and postpartum bodies as something beautiful, to be admired.”

Halsey’s forthcoming album, If I Can’t Have Love, I Want Power, will be released on August 27. We wish them all the best in parenthood!