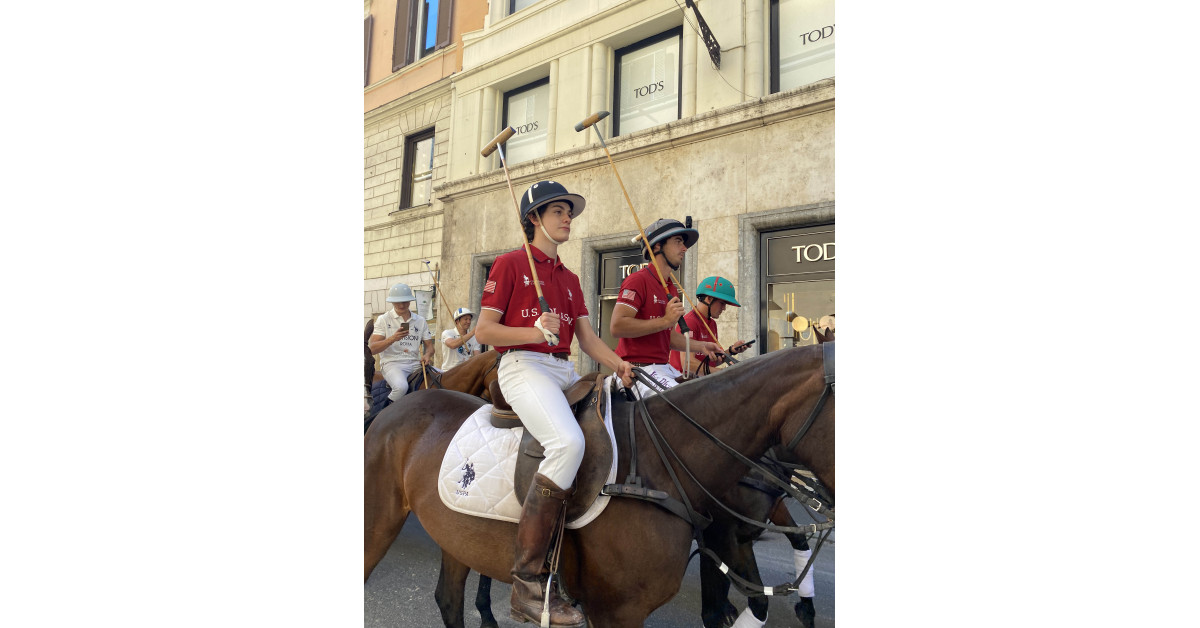 U.S. Polo Assn., in collaboration with its licensing partners in Italy, Incom SPA, Bonis SPA, Eastlab and WIP, has announced it will serve as the Official Apparel and Team Sponsor for the Italia Polo Challenge – Porto Cervo Arzachena 2021. The event will run from July 21-24 along the spectacular Costa Smeralda in the Italian region of Sardinia. U.S. Polo Assn. will provide team and staff apparel for this stunning event. There will also be a consumer experience merchandise tent on-site for attendees to take home a piece of the sport.

The Italia Polo Challenge is a circuit of arena polo tournaments comprised of international teams participating in the most exclusive locations in Italy, including Cortina d’Ampezzo and Rome at the Piazza di Siena, and this year it’s debuting at Porto Cervo – Arzachena. The circuit was created in 2018 by two passionate polo players eager to bring the tradition and heritage of the sport of polo to a wider audience.

“Alongside the Italian Federation, and in partnership with our licensing partners in Italy, it’s an honor to be the Official Apparel and Team Sponsor for such an exciting polo tournament with one of the world’s most picturesque backdrops,” said J. Michael Prince, President and CEO of USPA Global Licensing, which manages the multi-billion-dollar U.S. Polo Assn. brand. “U.S. Polo Assn. has a strong market presence in Italy, so we look forward to supporting the event and highlighting the sport of polo to consumers and sports fans in this very special place.”

While the Italia Polo Challenge is new to the global polo circuit, its location is one of the most breathtaking in all of Italy, and its stature is not going unnoticed by the world’s top players and sports fans around the world. The event will feature four teams, 12 players, nearly 75 horses and will be watched by thousands of attendees.

“We are excited to be collaborating with U.S. Polo Assn., the official brand of the sport of polo in the U.S., for this amazing event and appreciate the generosity of the brand in outfitting the teams and staff,” said Alessandro Giachetti, Head of Polo, Italian Equestrian Sports Federation. “The authentic connection between the brand and our players enhances this outstanding sponsorship and means something to loyal fans of polo and of U.S. Polo Assn.”

U.S. Polo Assn. is the official brand of the United States Polo Association (USPA), the nonprofit governing body for the sport of polo in the United States, and one of the oldest sports governing bodies, having been founded in 1890. With a multi-billion-dollar global footprint and worldwide distribution through some 1,100 U.S. Polo Assn. retail stores, department stores, sporting goods channels, independent retailers and e-commerce, U.S. Polo Assn. offers apparel for men, women and children, as well as accessories, footwear, travel and home goods in 180 countries worldwide. Recently ranked the 5th largest sports licensor in License Global magazine’s 2020 list of “Top 150 Global Licensors,” U.S. Polo Assn. is named alongside such iconic sports brands as the National Football League, National Basketball Association and Major League Baseball. Visit uspoloassnglobal.com.

USPA Global Licensing Inc. (USPAGL) is the for-profit subsidiary of the USPA and its exclusive worldwide licensor. USPAGL manages the global, multi-billion-dollar U.S. Polo Assn. brand and is the steward of the USPA’s intellectual properties, providing the sport with a long-term source of revenue. Through its subsidiary, Global Polo Entertainment (GPE), USPAGL also manages Global Polo TV which hosts live games and stories about the sport and produces global broadcasts. Visit globalpolo.com.

Additional photos are available upon request. For further information contact: