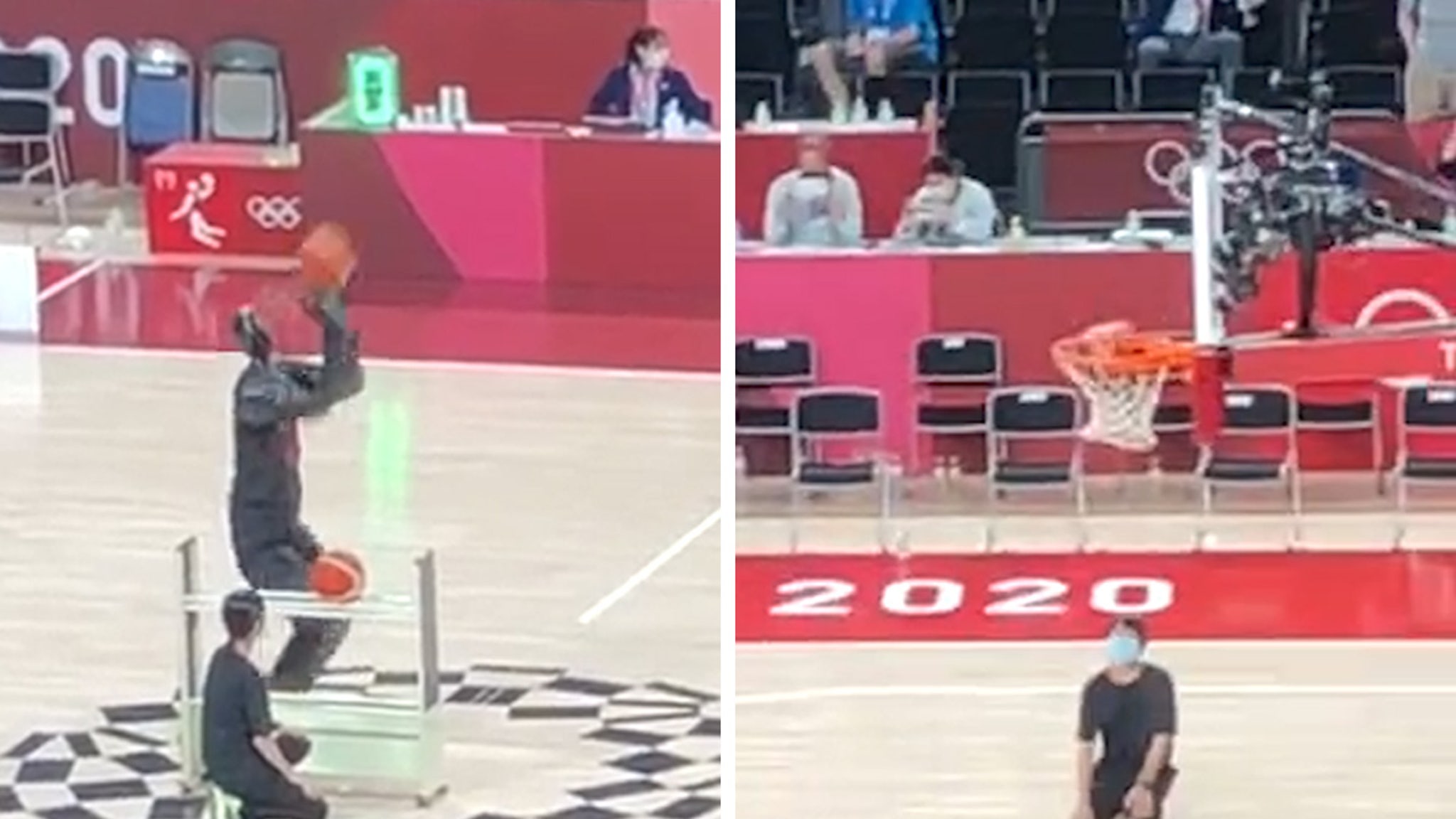 A robot basketball player has made its debut at the Tokyo Olympics — and it turns out, the thing is pretty damn good at shooting baskets … almost scary good. Actually, just scary.

Check out this robot that Tokyo officials rolled out Sunday for what appears to be a halftime show during a basketball game there between Team USA and France … which the U.S. ended up losing 83-76.

A basketball robot. For your pleasure. pic.twitter.com/5LZF2vpwNg

Besides that news, reporter Ann Killion captured the real headline-grabber … and that would be this hunk of metal slowly and inartfully sinking shots from a fair distance — including one basket it made from half-court!

Watch the clip … the robot starts by swishing a 3-pointer, this after lining it up perfectly and eventually launching the ball straight through the net. Then, it heads down to the mid-court logo, where it does the same thing — picking the ball up by itself, and then chucking it.

Sure enough, that ball goes through as well. Obviously, the robot can definitely get buckets, and even though it’s slow to the draw … it’s clearly quite accurate. Shoot, maybe Team USA shoulda recruited this thing to be one of their wingmen! They sure needed the help.

All jokes aside … the fact this robot can actually make its way up and down the floor and put up shots on its own is pretty incredible. It’s a testament to technology, but also … perhaps a sign of what may come in the future. Who’s to say they won’t make a full-blown team of robots one day???

Considering what Boston Dynamics is doing with their robots and how far they’ve come in making them move seamlessly, like humans, something tells us that possibility is one that could come about. We certainly have the tech to do it — but do we actually wanna???

Dancing and basketball AI is cool and all to watch … and yet, things can go left fast. Be careful what you wish for, humanity!!! We’ve seen the movies — we’re not too far from that.