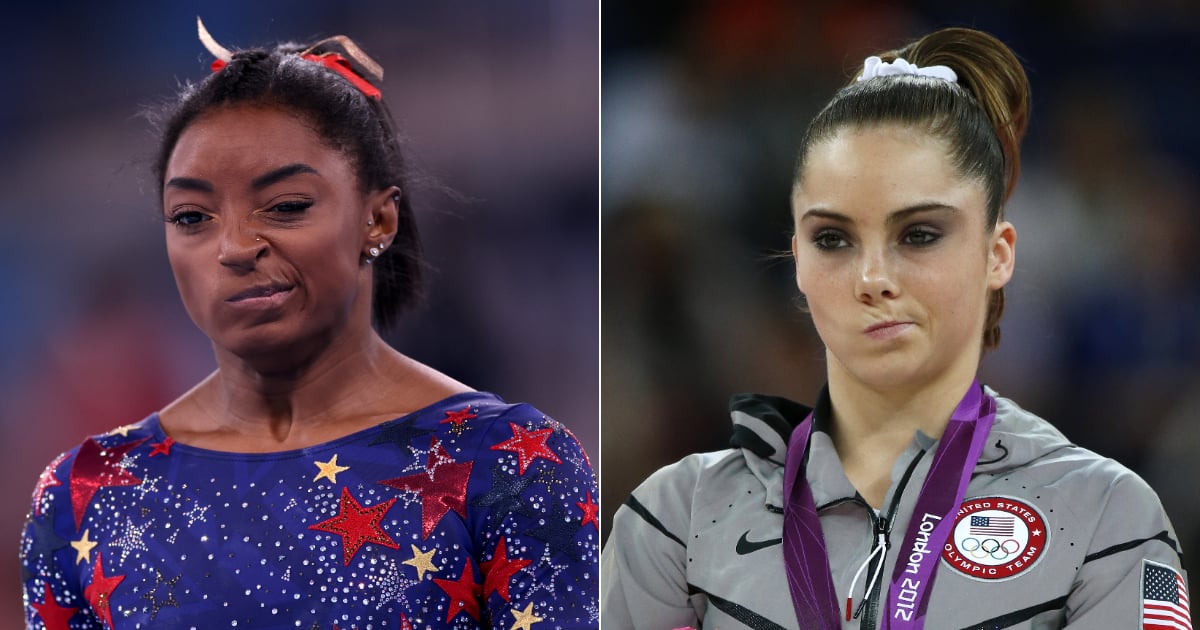 The bar is set extremely high for Simone Biles — she’s well aware of that — so when she isn’t pleased with herself, you’ll know. You could see that Biles was disappointed in some of her performances during the July 25 Tokyo Olympics women’s artistic gymnastics preliminary round. Though she qualified for every individual final, and the four-person squad is heading to the team final on July 27, she did have mistakes (note: she was not the only one).

It’s important to remember that despite the fact that she is one of the sport’s greatest — with the medals and GOAT-inspired leotards to prove it — she is a living, breathing, human athlete. Which means that though she, like her fellow elite gymnasts, is known for consistency and execution, mistakes are bound to happen. On top of that, the skills Biles performs are more difficult than much of her competition, and she wrote on Instagram post-meet that she feels her shoulders bear “the weight of the world” sometimes.

We wanted to focus on one specific photo that reminded us of McKayla Maroney’s viral “not impressed” face, both seen in the side-by-side above. You know the one: It was right after Maroney fell on her second vault in the 2012 London Olympics event final. When presented her silver medal — not the gold she was expected to claim — her lips pursed to the side, and she made a face that even former President Obama grew to love. There were memes upon memes that kept resurfacing over the years, and she even recreated the expression in a 2021 Geico commercial.

Biles’s “not impressed” face resembles Maroney’s and is giving us that same “meh, I was better than that” vibe. Neither has commented on the matter, but we’re making it known right here, right now, that though they may not have liked their respective performances, the Team USA gymnasts both have another thing in common: their fearlessness to fly. And we love them for it.

Ahead, relive Maroney’s famous London Games moment, and check out more “not impressed” faces from Biles. Next stop for her: team finals!