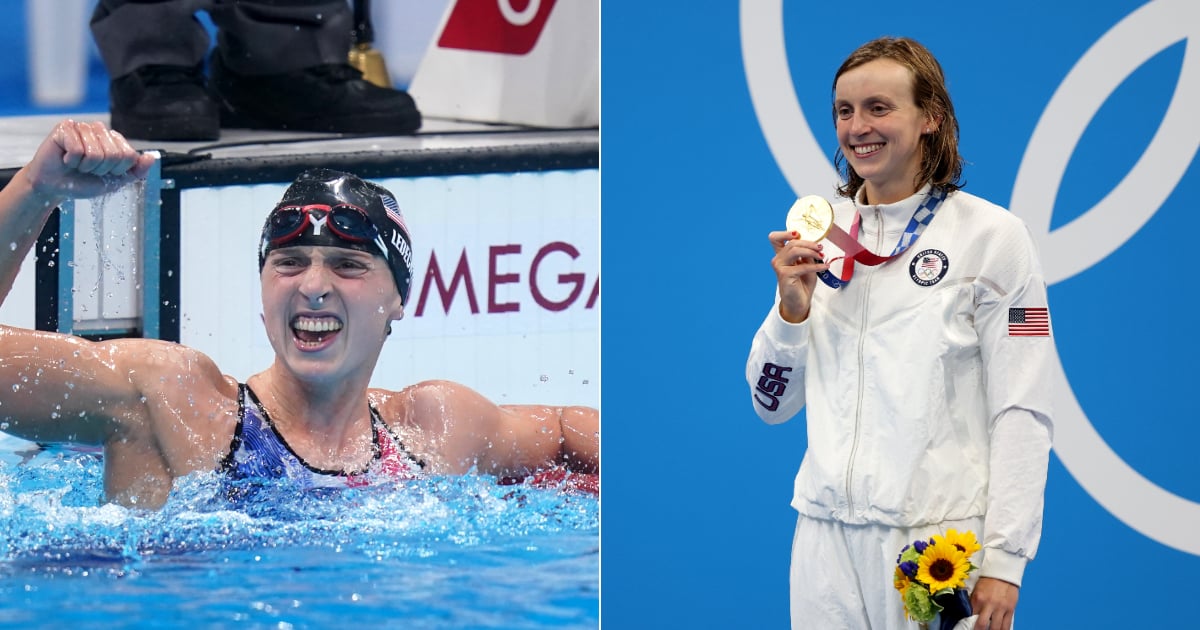 Katie Ledecky was favored to win the gold medal in the 1,500-meter freestyle race in Tokyo, and on day five of the Games, she delivered. Ledecky placed first in the event with a time of 15:37.34, while American swimmer Erica Sullivan touched the wall second with a time of 15:41.41. The Tokyo Olympics marks the first time women have competed in the 1,500 in the history of the Games, although the race has been a men’s event since the 1908 Summer Olympics.

The 24-year-old, who made her Olympic debut in London at just 15 years old, qualified for the finals with a time of 15 minutes, 35.35 seconds, and set the world record in 2018 with a time of 15 minutes, 20.48 seconds. The 1,500-meter freestyle win is Ledecky’s first gold medal of the Tokyo Olympics. She won silver in the 400-meter freestyle, bringing her total career medal count to eight, six of which are gold.

Scroll through to see photos of Ledecky swimming her race and the historic moment she won.