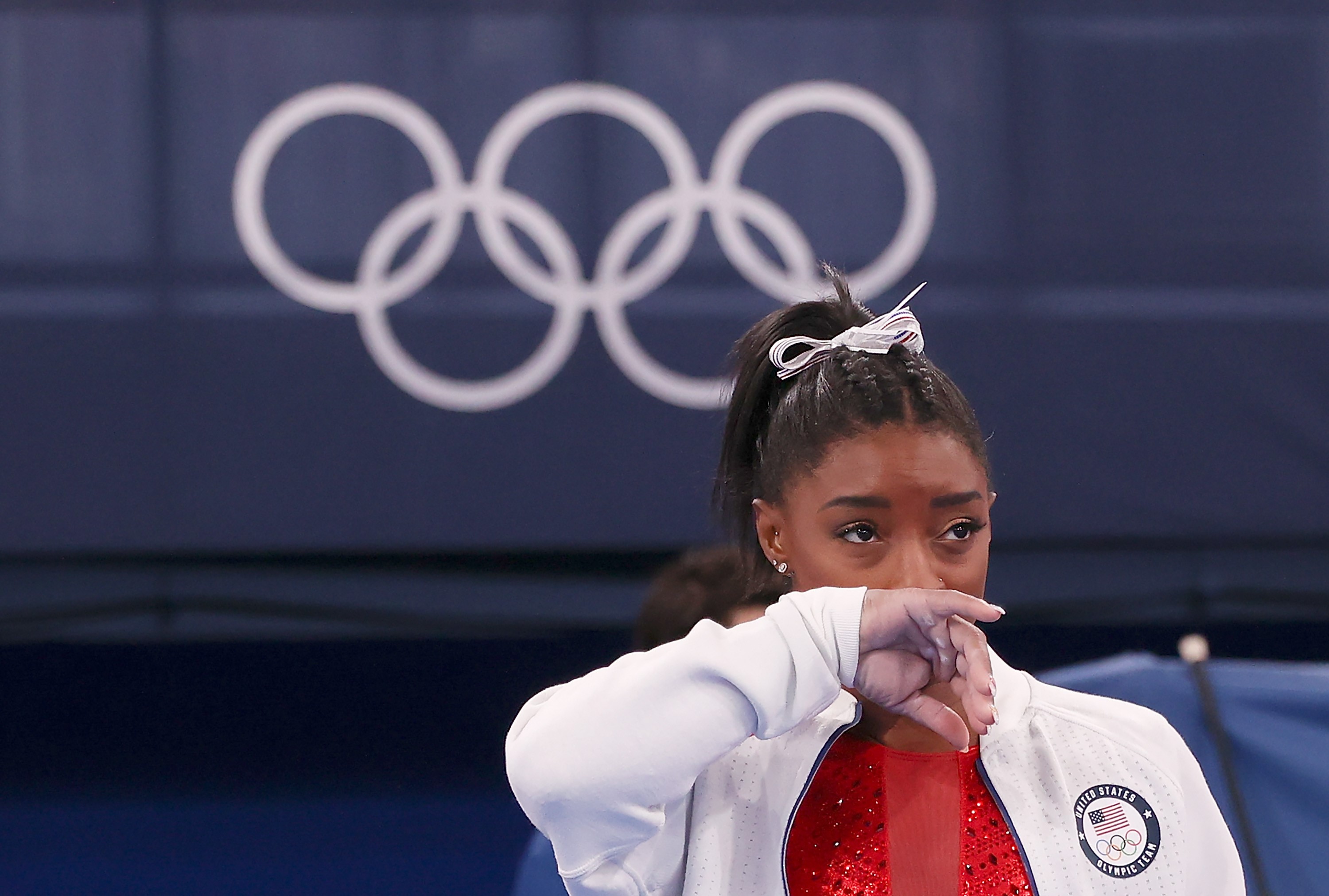 Olympic angst is nothing new—who can forget Kurt Browning’s apology to Canada after the 1994 Winter games?

It was the 1994 Winter Olympic Games in Lillehammer, Norway. Canadian world champion figure skater Kurt Browning was poised to take home a gold medal. But during his televised performance, he shockingly fell on his triple flip. Nerves set in, and as the performance went on, he failed to execute his double Axel. Once he completed his rocky performance, Browning bowed to the audience, and the camera closed in on his face seemingly mouthing the word “unbelievable.”

A live taping of the event shows a disappointed Browning sitting next to his coach after the skate, saying, “I need a hug,” while an Olympics commentator voices over the clip with, “Disaster doesn’t begin to describe what happened to Kurt Browning.” Despite his devastating loss, the athlete carried on to do press, in which a reporter brought up his performance at the 1992 Albertville, France Olympics, where he fell on his triple Axel attempt. The interviewer asked if Browning felt he was “reliving Albertville” with this defeat, and questioned why he seemed to struggle at the Olympics despite having won world championships in the past.

These are questions no one wants to answer, let alone think about, after enduring such a loss. Imagine experiencing a heart-wrenching defeat and immediately having to explain on a worldwide broadcast how and why you failed. This is the reality of Olympic anxiety and competing in the games, but maybe it shouldn’t be.

U.S. Olympic gymnast Simone Biles has been making headlines for her decision on July 28 to remove herself from both the team and individual all-around competitions at this summer’s 2020 Tokyo Olympics because of mental health concerns. The athlete spoke out about the extreme pressure that comes from competing in the Games and cited experiencing “the twisties” during practice: a term used among gymnasts to describe a phenomenon where their body and mind won’t cooperate, and as a result, they can’t perform skills.

Toronto-based physiotherapist Bridie Nicholson told FASHION athletes often seek help from sports psychologists to deal with the pressure of high-stakes competitions, as it can impact their physical abilities. “There’s a strong connection between where your mind is at and your ability to perform a movement in the best way,” she said. “You don’t move at your best when you’re stressed or when you’re thinking about the pressure.”

Despite the support she’s received for her decision to step back, Biles has also been criticized for being “weak” and “selfish” by forfeiting the U.S. gold medal and speaking out about Olympic anxiety. These criticisms exemplify the way high-level athletes’ bodies can be seen as public property, something viewers feel entitled to. Ironically, most of us cannot envision this type of pressure — Biles described it as having “the weight of the world on my shoulders at times.”

On July 27, Japanese tennis star Naomi Osaka, who was expected to win gold, was eliminated from the Olympics after losing to Czech athlete Marketa Vondrousova. The Associated Press reported that Osaka said she felt “like there was a lot of pressure for this,” and that this loss “sucks more than the others.”

This kind of pressure is what pushed Osaka to remove herself from this year’s French Open, an annual tennis tournament held over two weeks in Paris, France. The 23-year-old athlete said the expectation to attend mandatory press conferences after matches worsened her Olympic anxiety, and she opted out to preserve her mental health.

When Kurt Browning suffered his loss at the 1994 Olympics, he famously issued an apology to all of Canada. His individual disappointment took a backseat and he took on the responsibility and guilt for not bringing a gold medal home to his country. Throughout their three-time Olympic figure skating run, athletes Tessa Virtue and Scott Moir were dubbed “Canada’s ice dance darlings” and dealt with the undoubtedly high expectations that came with that title.

The pressure put on Olympic athletes and the range of emotions they must experience is hard to imagine, Toronto-based psychotherapist Matt Cahill told FASHION. “I think the spectrum of emotions that athletes go through — and to some degree are expected to go through, even though they might not have signed up for all of it — is quite incredible.” It’s that same Olympic anxiety what makes competitors tie their performance to their worth as people, ultimately leading athletes like Osaka to pose the question, “What am I if I’m not a good tennis player?”

Biles and Osaka are imposing a necessary turning point in the treatment and expectations of Olympic athletes, he added. “We need our elite athletes to maybe not be these beasts of burden, who are there to hold our collective hopes and dreams, but rather for them to basically say, ‘We are individuals, we are fallible, and we don’t want to risk damaging our bodies if we don’t feel that we are up for this.’” The last thing an athlete wants to do is take themselves out of a competition, added Nicholson, but doing so to attend to mental health concerns is necessary.

Browning’s 1994 apology to Canada perfectly reflected the expectations put on Olympic athletes to succeed for their country. But as Osaka and Biles have demonstrated, this weight can be too much to take on. On July 28, Biles tweeted in appreciation of the support she’s received for her decision to step back. She said it has made her realize that she is more than her accomplishments as an athlete, something she “never truly believed before.”

Biles and Osaka are combatting Olympic anxiety not by apologizing, but by self-preserving, and that’s commendable.