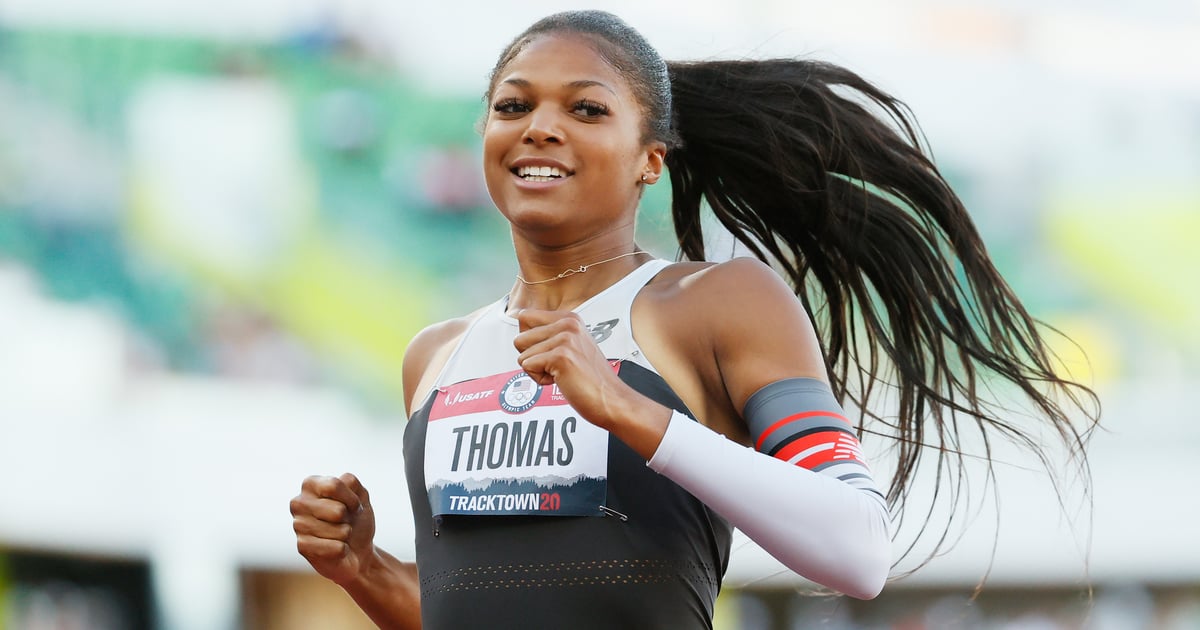 When she isn’t studying or hanging out in sunny Austin, TX, sprinter Gabby Thomas is casually making history. At the US Olympic Trials, Thomas clocked the third-fastest 200-meter sprint of all time, behind only the legendary Florence Griffith-Joyner, who notched the first and second best times in 1988. This makes Thomas the second-fastest woman in the history of her sport.

The 24-year-old Harvard graduate is originally from Atlanta, moved to Northampton, MA, and now lives in Texas, where she’s working toward her master’s degree in public health from the University of Texas. In 2018, she became the first Ivy League sprinter to win a women’s national title when she took home the top prize in the 200m at the 2018 NCAA indoor championships.

In an interview with The Washington Post, Thomas explained how beating her personal best in the 200 shifted her perspective — and her expectations for herself. “It definitely has changed how I view myself as a runner. I think the standard for myself is a lot higher,” Thomas said. “I am still in shock. I cannot believe I put up that time. I just want more for myself now. Now, I’m going to have to start thinking about different goals, different visions. Because this was my dream — my dream was to make the Olympic team, not to win Olympic trials, not even to break the meet record. Now that I’ve accomplished those, I’m going to set higher goals.”

Learn more about one of Team USA’s brightest stars in the slides ahead. Thomas’s journey is sure to inspire you to set higher goals for yourself, too!