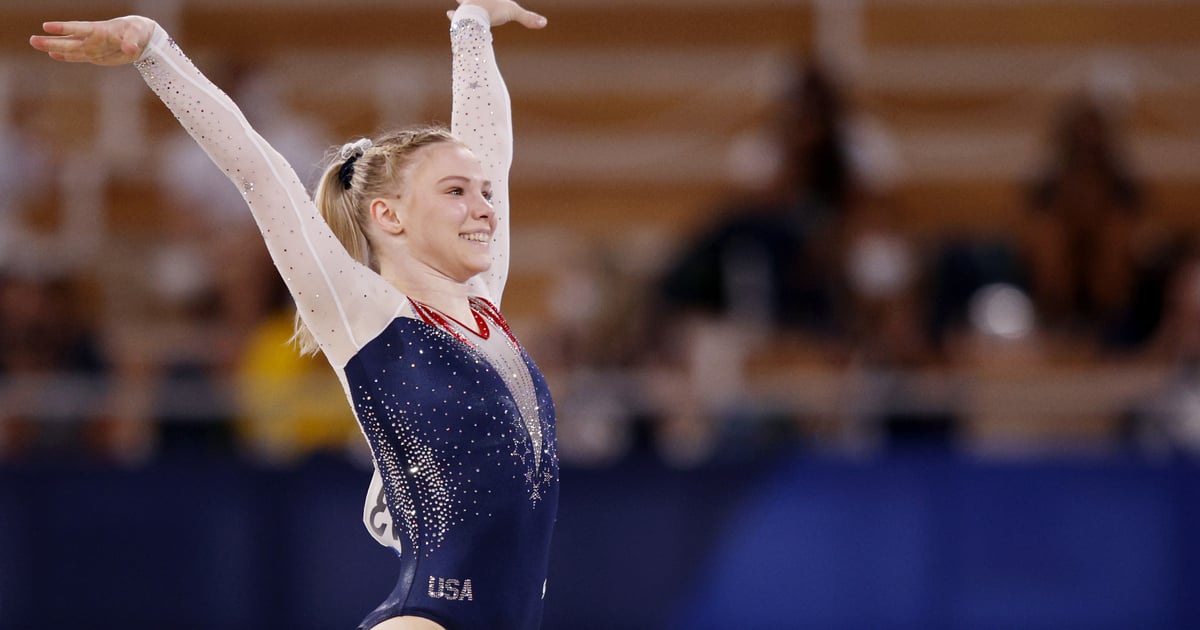 After a first-vault error involving her steps keeping her off the podium in that Tokyo Olympic event final on Aug. 1, Jade Carey came back strong with a gold-medal finish in the floor final the following day. The soon-to-be Oregon State University gymnast received a 14.366 with a huge difficulty score of 6.3. It was a well-controlled, jam-packed routine that clinched her first-ever Olympic medal.

Four-time Olympian Vanessa Ferrari of Italy, who qualified through in the top spot after the preliminary round, claimed silver upon executing a beautiful 14.2-scoring performance. This is the first individual medal of any color in women’s artistic gymnastics for her country, and she’s the oldest artistic gymnastics medalist of the Games so far, according to NBC Sports’s Nick Zaccardi. Tied for third were the Russian Olympic Committee’s Angelina Melnikova and Japan’s Mai Murakami with a score of 14.166.

Great Britain’s Jennifer Gadirova took Simone Biles’s place once she withdrew from the floor final, joining twin sister Jessica in the lineup of eight women. They received seventh and sixth place respectively. This competition also featured Brazil’s Rebeca Andrade, who has already made history for her country in Tokyo with her gold medal on vault and silver in the all-around; she finished fifth.

Carey, along with Rio 2016 alternate MyKayla Skinner, clinched an individual berth to represent the United States in Tokyo, as opposed to a spot on the four-person squad that took silver in the July 27 team event. She stepped in for Biles in the July 29 all-around final when the 24-year-old opted out for her mental health — Carey was next in line due to the two-per-country-maximum rule and placed eighth.

Carey did not do her triple-double layout in the Olympic floor final that she submitted at the beginning of the Games to be named after her if she successfully landed it in competition. It would have been worth a K value (1.1 points) in difficulty, the highest-valued skill in men’s and women’s gymnastics. However, Carey’s tumbling was still quite the spectacle — she’s known for an impressive repertoire of flips and twists. Congrats on a golden performance!