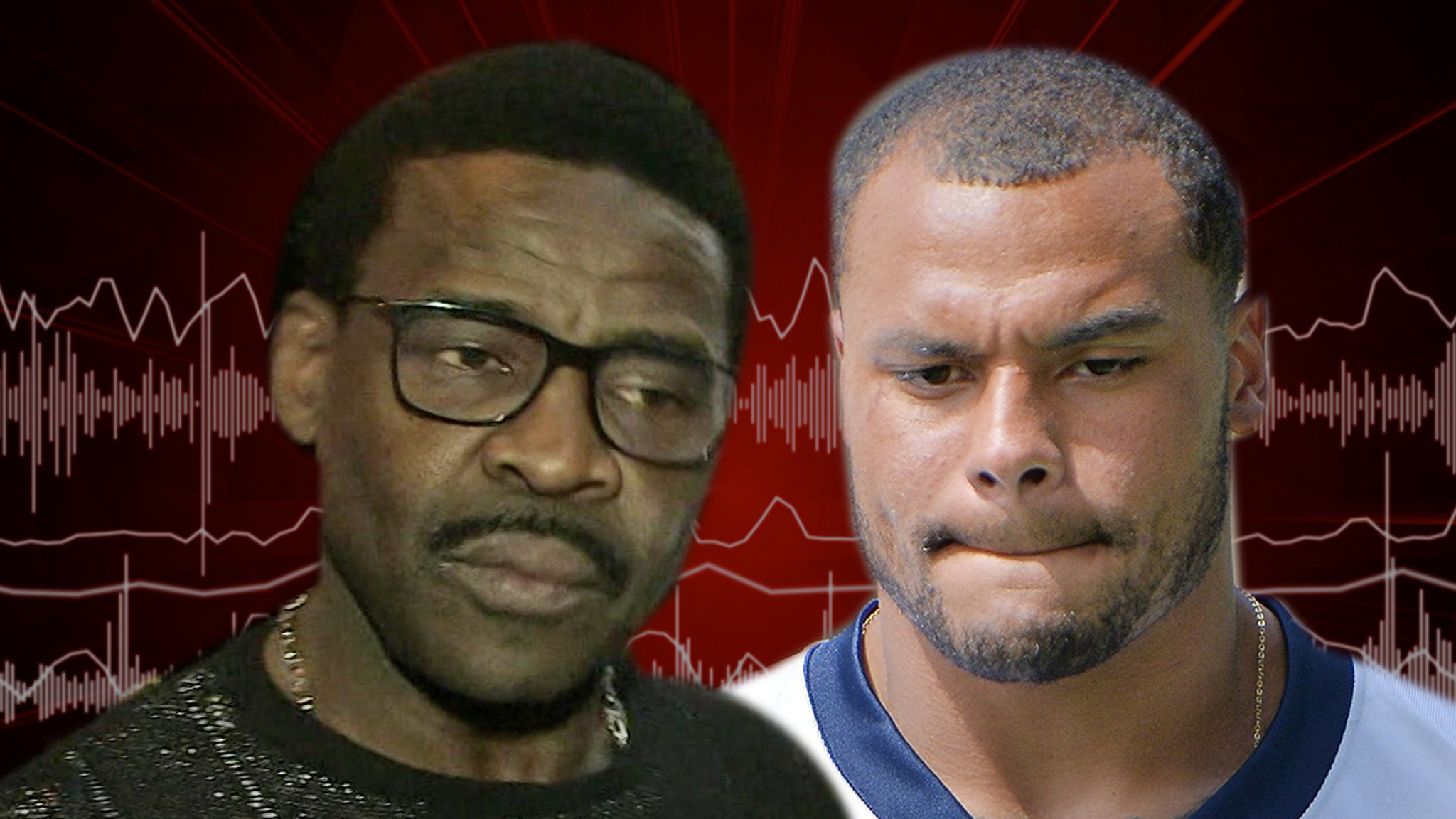 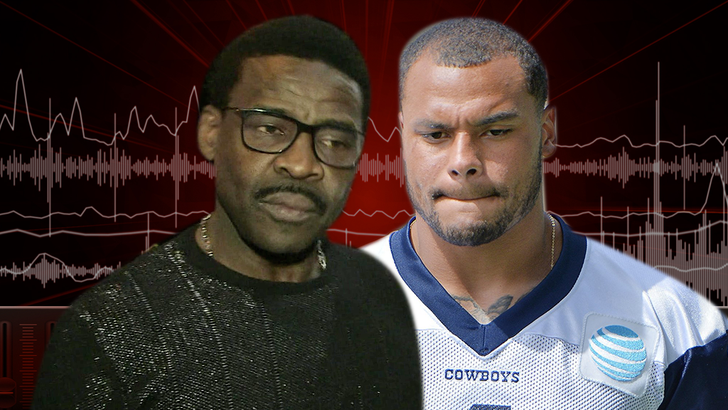 “There’s something bigger going on here that they’re not telling you.”

That’s Michael Irvin clearly VERY concerned that Dak Prescott‘s shoulder strain is serious … explaining on his podcast this week that he believes the Cowboys might be downplaying the injury to keep morale up at training camp.

Irvin broke it all down on “The Michael Irvin Podcast” on PodcastOne, saying everything he’s seen from Dak since the injury has him worried about the quarterback’s availability this season.

“When I was there at camp, he was throwing the ball back to the guy that was snapping it to him with his left hand,” Irvin said.

“It only takes that little wave with the right hand to throw the ball two yards, and I was like, ‘Oh, no. Oh, no.’”

Irvin said his contacts in the Cowboys have insisted they believe it’s nothing to fret about … but The Playmaker explained he thinks that might all be a façade at the moment.

Irvin said after Dak went down last year with his ankle injury, the team went into “the gutter” … and he believes the Cowboys are now trying everything to avoid that same feeling in camp this summer.

Irvin added, “You don’t stay out this long with something this minor at that position when you had all of last year off.”

Cowboys QB Dak Prescott is taking the latest step today in return from shoulder strain. Doing every drill, making every throw in team’s quarterback camp. And looking good doing it. Should be a montage in Episode 2 of “Hard Knocks.” pic.twitter.com/ATrEEKHh7w

Dak has resumed throwing this week after taking a week off … and he’s said he’d like to play in the Cowboys’ preseason game next week.

But, if he doesn’t go then, is it time to panic in Big D? Irvin certainly seems to think so.